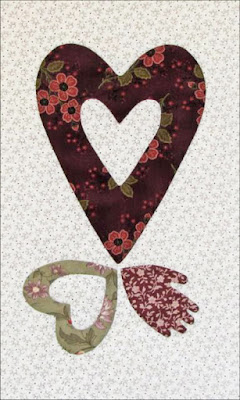 
"Canandaigua sent Dr. W. Fitch Cheney to Gettysburg with supplies for the sick and wounded and he took seven assistants with him. Home bounty was brought to the tents and put into the hands of the wounded soldiers. A blessed work." 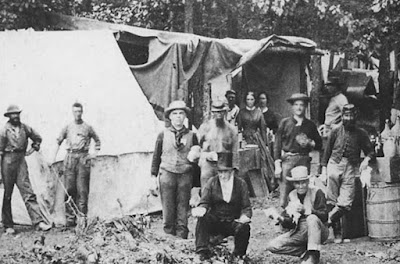 Frederick Gutekunst photo of a field hospital at
Gettysburg July, 1863.
The photographer sold these images to benefit soldiers' aid.

Carrie's society and the older women's aid group were busy filling barrels and boxes with medical and comfort supplies for wounded soldiers in the summer of 1863. A month after the Battle of Gettysburg eight men from town headed for the battlefield under the auspices of the Sanitary Commission, the national Union organization dedicated to aiding soldiers.


A nurse at Gettysburg after the battle mentioned Dr. Cheney's group in a letter published in The United States Sanitary Commission: A Sketch of its Purposes and its Work. She described:

"a 'delegation' of just the right kind from Canandaigua, N.Y. with surgeon's dressers and attendants, bringing  a first-rate supply of necessities and comforts for the wounded....Canandaigua sent cologne with its other supplies, which went right to the noses and hearts of men."

She scented makeshift handkerchiefs with the donated perfume and handed them out as an antidote to the horrible odors in the field hospitals. 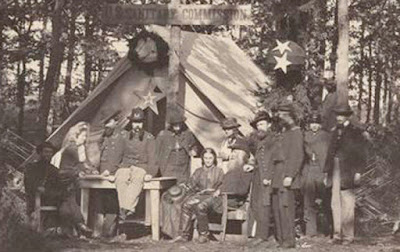 The Metropolitan Fair, March and April, 1864

"for temporary loan and exhibition. Connected with the Fair will be a Museum of Paintings. Statuary, Ancient Furniture, Autographs, Articles of Vertu, and Curiosities of every class. They will be on exhibition during the Fair and fully protected against injury."

Fair secretary Mary Elizabeth Wilson Sherwood remembered the response to their request for "Articles of Vertu.":

"One of the most curious epidemics was that of an unbounded generosity. Everybody would give away his or her most treasured possession to be sold for the soldiers. I have always been afraid that many rare editions of books, taken from libraries and committed to these fairs, and many an autograph, were sacrificed. Old silver, too, was given with reckless freedom, to be sadly missed afterwards. And none of them brought what they were worth."

Grandfather Beals was among the generous:

"April 1 1864. Grandfather had decided to go to New York to attend the fair given by the Sanitary Commission,- and he is taking two immense books, which are more than one hundred years old, to present to the Commission, for the benefit of the war fund."

His patriotic gesture ended in disaster. Something terrible happened to 80-year-old Thomas Beals while he was in New York City---a fall or an epidemic. 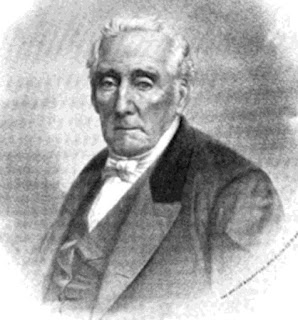 "April 18.—Grandfather returned home to-day, unexpectedly to us. I knew he was sick when I met him at the door. He had traveled all night alone from New York, although he said that a stranger... on the train noticed that he was suffering and was very kind to him. He said he fell in his room at Gramercy Park Hotel in the night, and his knee was very painful. We sent for old Dr. Cheney and he said the hurt was a serious one and needed most careful attention...

"April 19.—Grandfather is much worse. He was delirious all night.

"May 16.—I have not written in my diary for a month and it has been the saddest month of my life. Dear, dear Grandfather is dead. He was buried May 2, just two weeks from the day that he returned from New York."

Carrie and Anna and their brothers "felt that we were losing our best friend."

We can remember their much-loved grandparents with this heart and hand.
Heart and Hand Block 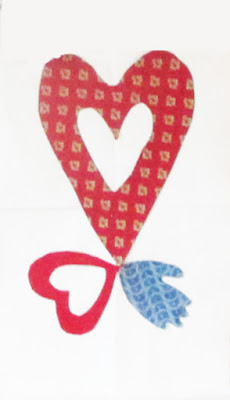 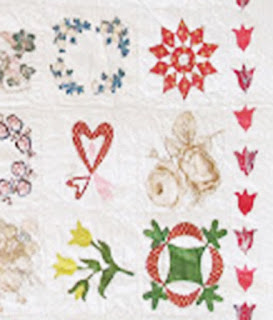 Variations on the heart and hand are an American applique classic. The inspiration is a block in a mid-19th-century sampler from the Flack collection.

Cut a background rectangle 9-1/2" x 15-1/2".
Press it in quarters and find the center.
Cut the templates from the pattern and add seams.
Prepare the shapes for applique.
Place on the folded lines in the rectangle as shown in the colored picture. 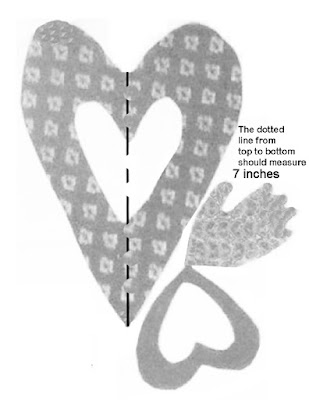 Create a word file or a new empty JPG file.
Click on the image above.
Right click on it and save it to your file.
Check to be sure the size is correct and that the dotted line is 7 inches long.
Print that file.
Add seam allowances when you cut the fabric. 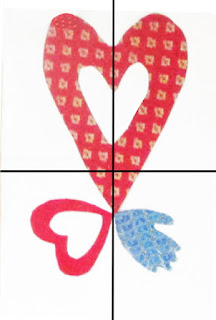 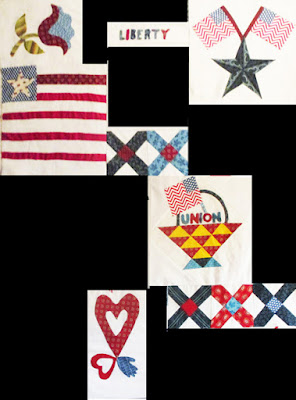 With Block 6 we are half-way finished.

Another family loss in spring, 1864:
While Grandfather lay ill Grandmother's niece Harriet Davidson Field also caught a fever and died in New York City on April 22nd. The New York City socialite had been a zealous committee woman at the Metropolitan Fair.

The Fair earned a reputation as fatal in the days when women were considered too frail to work or even volunteer. Fair secretary Mary Elizabeth Wilson Sherwood wrote in her memoirs:

"A great many earnest women killed themselves by overwork. A most gifted and rare woman, one of our first humorists, Mrs. C. P. Kirkland, fell dead in the fair building one crowded evening; and Mrs. David Dudley Field died at her own house, just after leaving the fair." 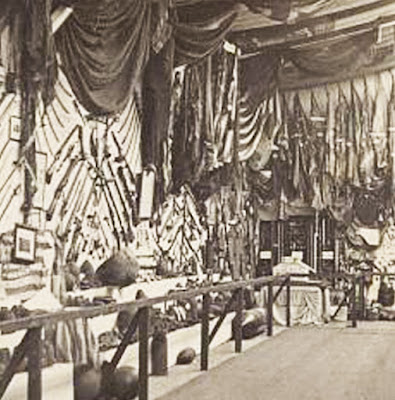 Caroline Matilda Kirkland, age 64, actually died at her own home on April 5th, the morning after a shift greeting visitors in the Arms and Trophies room. From her obituary:


"Mrs. Kirkland retired from the fair last evening perfectly well, was well this morning when she rose, but about nine o’clock was seized with apoplexy, and before medical aid could arrive, was dead."

It might be that Harriet Field and her Uncle Thomas Beals contracted a serious disease spread through the crowds at the Fair.
(Don't even think about the porta-potties at such a gathering.)

What a sad story, and at meantime full of love and kindness!
This is a very meaningful block to do, I'm a little behind with my work, hope to catch up soon.
I'm in Houston right now, to visit my son, and in few weeks I'll travel to Wyoming and Nebraska on the trails of the Westering Women. I can't wait!