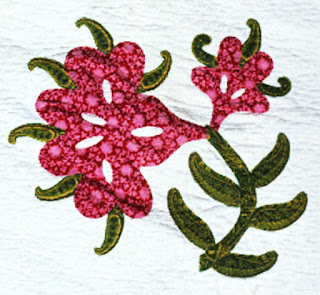 Block from a North Carolina quilt 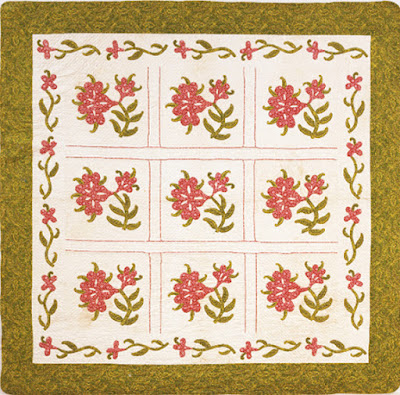 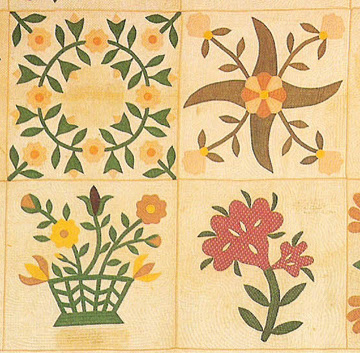 The only two versions of the design discovered so far are in these two North Carolina quilts, one
a sampler signature quilt, one a repeat block and both look to be sashed with cording. 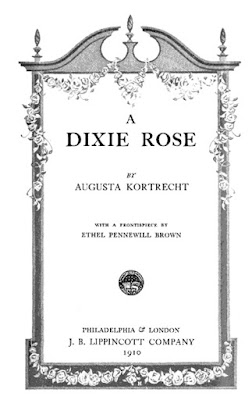 We don't know what Laura McCallum and her friends called the design. The term Dixie Rose is quite a Southern tradition, but seems to be found more towards the end of the 19th century and into the 20th as a given name for Southern babies, etc. 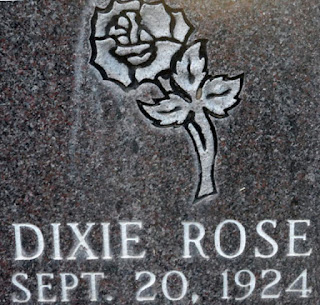 When Terry Thompson and I started making Civil War commemorative quilts twenty years ago we were quite taken with the pattern and featured a couple of reproductions in our books. 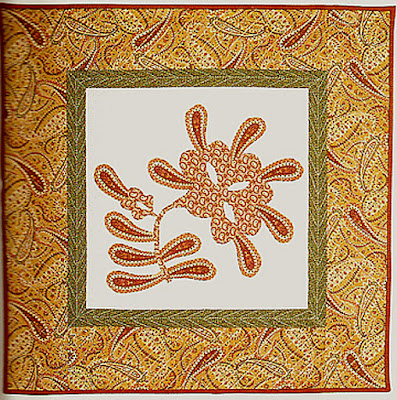 Judy Davis made this one from a pattern I drew,
echoing the use of  fussy-cut paisley cones for the leaves and border
in the quilt at the top of this page. 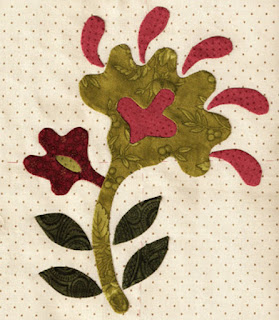 A simpler version by Ilyse Moore
from another of my patterns. 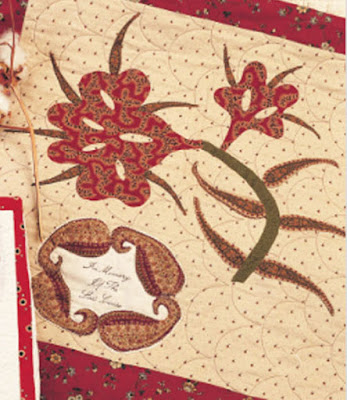 Terry did a block for her Southern Memorial Quilt. 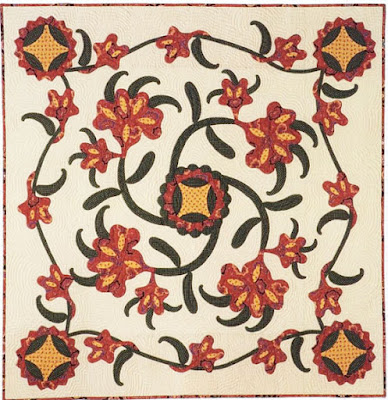 And designed a variation for her
book Four Block Quilts

Most of these patterns are out of print and hard to find but the pictures may provide inspiration. 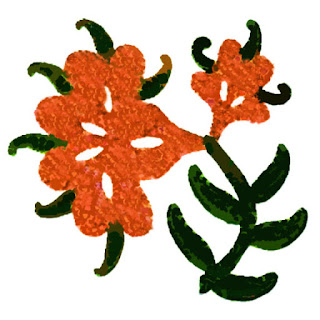 Here are links to the files at the North Carolina project on the Quilt Index.
Laura McCallum's Sampler:
http://www.quiltindex.org/fulldisplay.php?kid=4B-82-D02

The repeat block version was once attributed to Sarah Williams but in the book North Carolina Quilts the caption says unknown maker. (See the quilts in book plates 3-14, 5-1, 5-2.)

The Dixie Rose is a beautiful block design. I have never seen it before. I know I don't comment on your blog very often but I still love reading and seeing all the gorgeous pictures. Thank you.

Commenting not necessary, but thanks.

That's a lovely appliqué rose and what a darling name for a baby girl, Dixie Rose!
I like the stories and history too.