The Thistle Quilt Guild in Nova Scotia, Canada, just had their quilt show. This display is all Westering Women samplers. 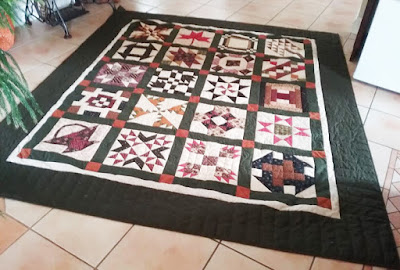 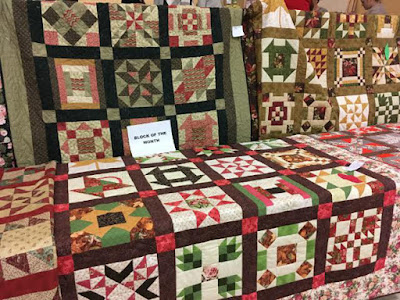 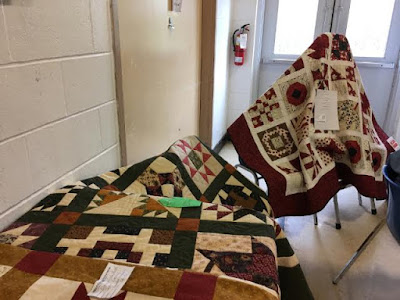 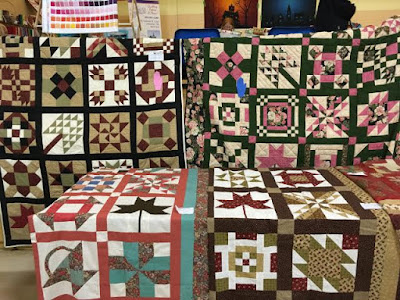 The thirty or so members followed the monthly blog here and Sheila added a few more blocks to make the quilt larger. 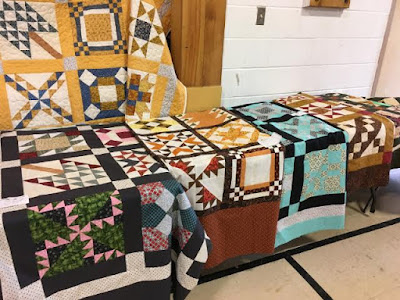 They all used the traditional set. It's a small guild but obviously they are enthusiastic stitchers. 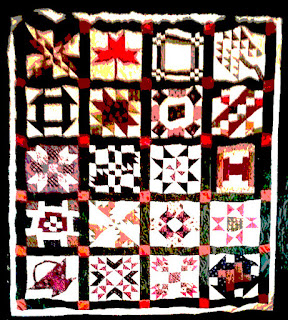 Sheila gave them 20 blocks instead of 12.
I Photoshopped her model to give you
a wrinkly picture of all 20.

I am always pleased to have guilds use my BOM's for their monthly programs. The Westering Women pattern began as a BOM for my own guild several years ago.  It's not too late to start Yankee Diary with your guild.

Thanks so much Barbara for such a great BOM and for posting our guild photos , just awesome !

Beautiful quilts on display! I loved your BOM even though my quilt isn't quilted yet, I envolved my daughter and sister in law,and they are still worked on it.
Thank you Barbara!

How wonderful to see so many quilts together. Look how many people you've inspired and fed with your BOMs!