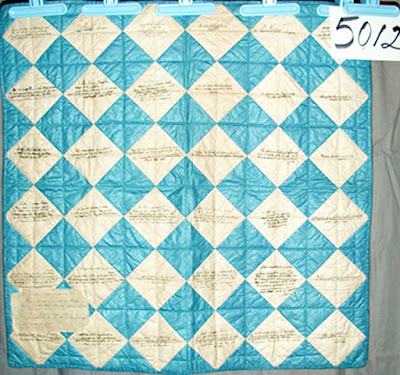 The Hingham Massachusetts Historical Society has in its
collection this anti-slavery crib quilt in excellent condition.
It's pieced of two polished cottons or cotton sateens.

An Anti-Slavery sentiment is inked in the center of each block. 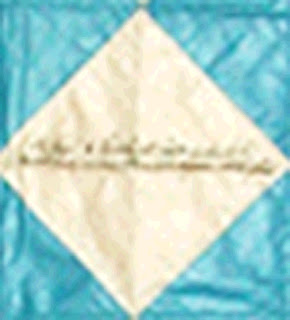 The block is a square in a square that
forms a checkerboard when the color is controlled. 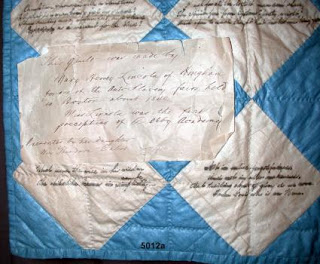 The paper label stitched to the front:

"This quilt was made by Mary Hersey Lincoln of Hingham for one of the Anti-Slavery fairs held in Boston about 1840. Miss Lincoln was the first preceptress of Derby Academy.
Presented by her daughter Miss Theodora Cabot"

Theodora might have been wrong about her mother being first Preceptress of the Derby Academy as it was founded in 1784 and Mary was born in 1817 (The school still exists.)
UPDATE: Kathy tells us in the comments:
Mary Hersey (Lincoln) Cabot was the daughter of Nathan and Martha (Fearing) Lincoln. Her uncle Abner Lincoln was the first Preceptor of Derby Academy.

Mary was an interesting person, an antislavery suffragist. She married Frederick Samuel Cabot whom she met at Brook Farm, a utopian community in West Roxbury, Massachusetts. Both were residents in 1844. After Mary left, friend Marianne Dwight described her in a letter in September, 1845:


"I miss Mary Lincoln much. The strange child! No one can accuse her of being a civilizee, for she is one of the least civilized beings I have ever met with. I can't help liking her, I believe her aims are high, ---but perhaps she is so independent as not to consult sufficiently other people's happiness and convenience---she is very childish----a mere baby in some of her ways; and to this I now attribute many of her odd actions. With much purity, she has, it seems to me, very little delicacy for a woman." 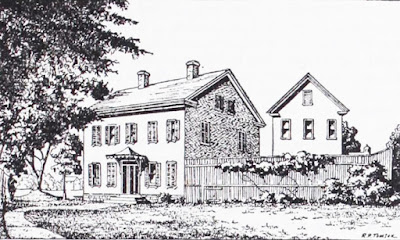 Brook Farm's main building during the Civil War.
The experiment in communal living lasted from 1840 to 1847.

Perhaps living in a communal situation was too much for Mary's independent nature.

Fred Cabot in his early twenties already had a reputation as an abolitionist leader in connection with the Latimer Case. In 1842 Rebecca and George Latimer escaped from slavery, leaving Norfolk, Virginia, for Boston. Latimer was recognized and arrested to be returned to Virginia. Fred led a protest, one of the first actions to demand that a formerly enslaved person in a free state was legally free. 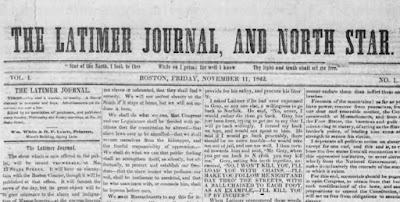 He and two others founded the Latimer Journal & North Star, a short-lived abolitionist newspaper.

Mary Lincoln and Fred Cabot married in 1847 and had six children, two of whom died in childhood. They lived in Hingham, Massachusetts. After the Civil War Fred founded the Mill Owners' Mutual Fire Protection Company. He died in 1888 and Mary in 1897. Both are buried in Hingham.

http://patrickmurfin.blogspot.com/2015/02/lewis-latimerlike-light-of-sun-it.html
Posted by Barbara Brackman at 6:00 AM

Mary Hersey (Lincoln) Cabot was the daughter of Nathan and Martha (Fearing) Lincoln. Her uncle Abner Lincoln was the first Preceptor of Derby Academy. It appears that Theodora Cabot was no better at listening to her parents' family stories that contemporary children are - or any children ever. That gives me some small measure of comfort since my own children have shown little interest in their family history.

The still-bright turquoise squares caught my eye. I know that they used bright colors, but is the use of that much solid turquoise unusual?

It's unusual taste certainly. She was an unusual woman. They had bright blues. It's never been washed.

I really appreciate this; thank you for this detailed information on this wondrous woman. <3