Potholder Quilt: Any Holder but a Slave Holder 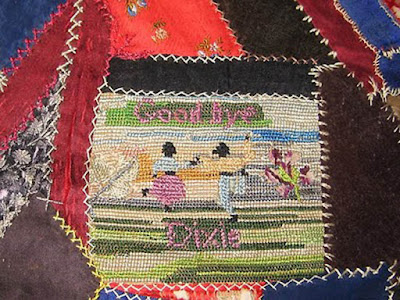 A few years ago a California blogger wrote a post about a family hand-me-down: A crazy quilt from Beloit (Wisconsin?) 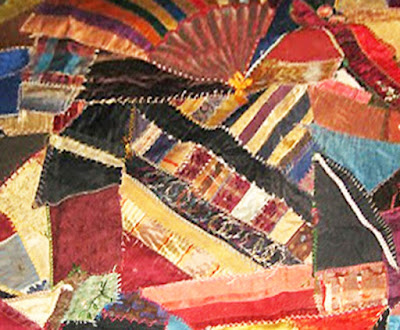 It's a typical crazy quilt from about 1880-1900, but
she thought the picture of the freed slaves saying "Good Bye Dixie"
indicated it was from the Civil War era, twenty years earlier. 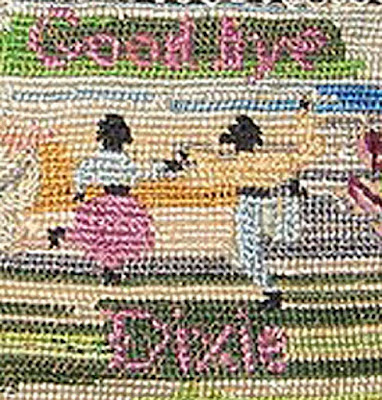 The embroidered image might have been stitched in the 1860s, saved in the later quilt. The image is of a dancing African-American couple seen from the rear. It looks like Berlin work, what we'd call needlepoint, done with wool over a canvas.

The image of a dancing couple was familiar in the 19th century. They were stitched in front view and rear in potholders with a pun. "Any holder but A Slave holder" 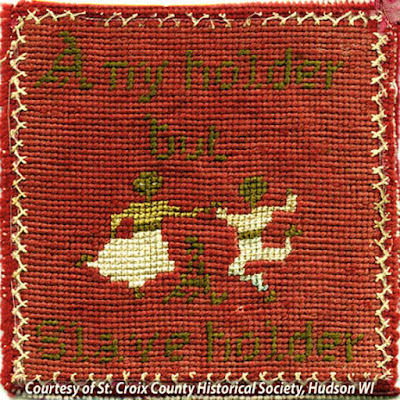 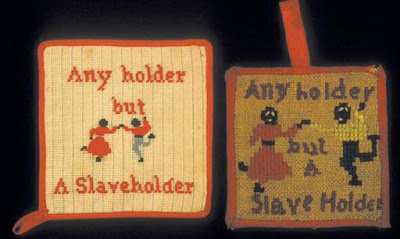 The image is seen as an offensive stereotype today, but in the mid-19th century the "humor" of the pun and the figures indicated an antislavery sympathy.

The two in the Chicago museum were accompanied with the history that they were sold at one of Chicago's Northwestern Sanitary Fairs (1863 & 1865). Scholars Beverly Gordon and Beverly Lemire agree that these punning potholders originated with the fund-raising fairs during the Civil War. This is just the kind of  quick needlework with a message that children and women did to support the Union cause. 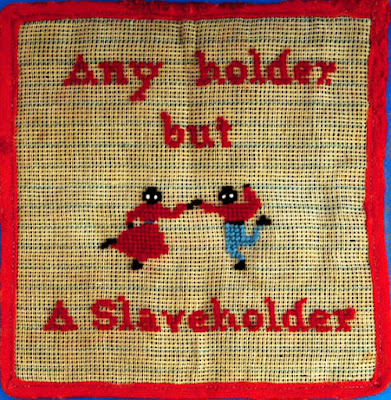 The Smithsonian owns one that shows how the work
was done, counted stitches over a coarsely woven fabric.
The background was not filled in on this example. 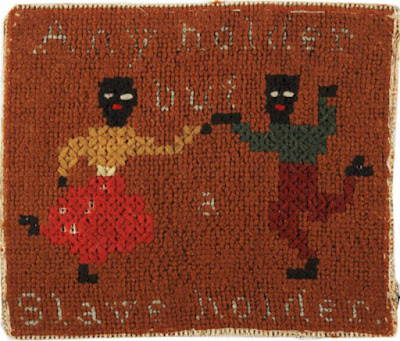 A child named Lena sent a cross-stitched piece to Frederick Douglass in 1882. The embroidery and his thank-you letter are preserved at the Gilder Lehrman Institute of American History at the New-York Historical Society. Lena's caption "Any Holder but a Slave Holder" seems to be a relic of slavery days fifteen years earlier. The piece might have been made in the 1880s or have been an older souvenir.

The dancing couple continued after the Civil War with celebrations of freedom: 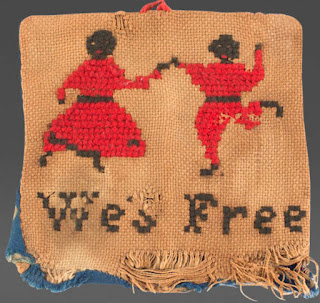 Cross-stitch on a coarse background from an auction.
Was it a potholder once the pun was gone? 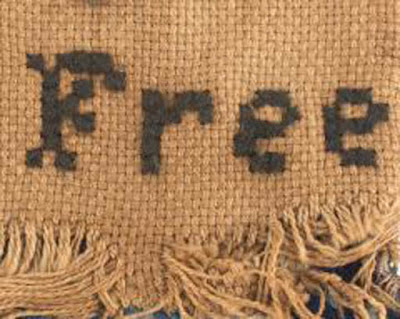 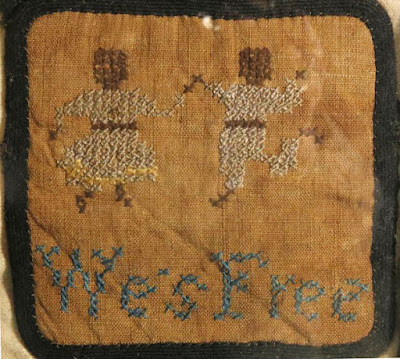 The "We's Free" variation seems to have been sold as a commercial
embroidery project. 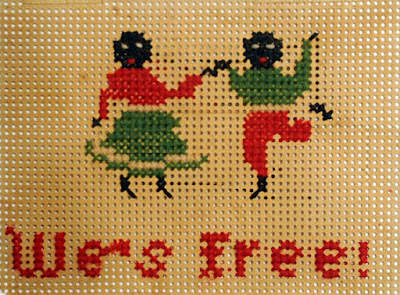 "We's Free"
Cross Stitch on perforated paper
Collection: Museum of East Tennessee History
Perhaps one bought this with the image already embroidered. The buyer filled in the background. 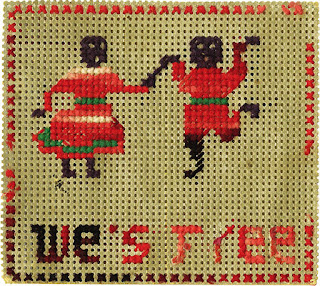 Front and rear of one from an online auction. 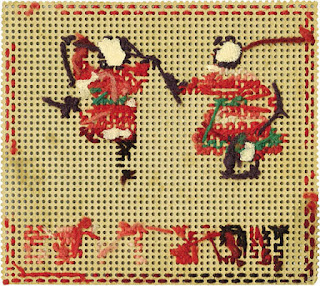 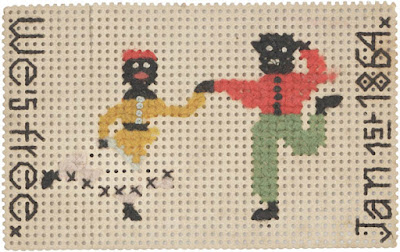 This paper pattern has a date of January 15th, 1865,
which may allude to the 13th Amendment:

"Neither slavery nor involuntary servitude..., shall exist within the United States..."

The amendment was passed by Congress on January 31, 1865.  The piece is probably commemorative, made later. 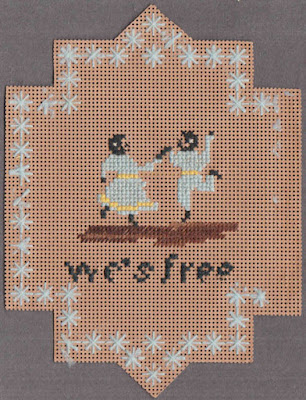 It's interesting that these punched paper pieces
have no embroidery in the backgrounds.

Back to the quilt at the top of the post:
I haven't seen another embroidery with the motto "Good Bye Dixie." I'd guess it was a late-19th century piece, probably done about the same time as the crazy quilt. Could it allude to the Exoduster migration about 1880 when thousands of former slaves left the South for lands in the Great Plains?

See the quilt at
http://daughterofthegoldenwest.blogspot.com/2010/01/another-hand-me-down.html

It is important that we learn about the history behind so much of our present-day needlework, and I applaud Barbara Brackman for doing such a great job in providing us with that! This is so interesting. Thank you.