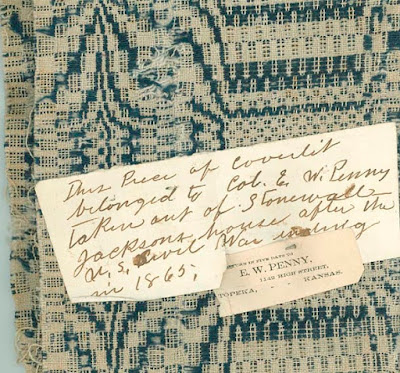 "This piece of coverlet belonged to Col. E.W. Penny taken out of
Stonewall Jacksons house after the U.S. Civil War xx in 1865."
The tags says E.W. Penny, 1142 High Street, Topeka Kansas
From an online sale.

Elijah W. Penny (1839-1919 ) was a Union veteran from Indiana. In later life he was called Colonel Penny but the regimental history lists him as a Lt. Col. in the 130th Indiana Regiment.

Penny is well documented. He lost an arm in August, 1864 in Atlanta and was back in the field in two months, a distinction that earned him some attention. He fought with four different units (listed below) and was mustered out in December, 1865, in Charlotte, North Carolina.

He returned to Indiana where he married Sarah J. Williams and engaged in various occupations such as marble merchant and tobacco merchant. They had two children, Edwin A. Penny and  Rosella O. Penny Jones. The children lived in Colorado in the early 20th century.  After receiving his pension towards the end of the century Elijah and Sarah moved to Kansas. There are records of him in Goodland near the Colorado border and Topeka at the eastern end of the state. 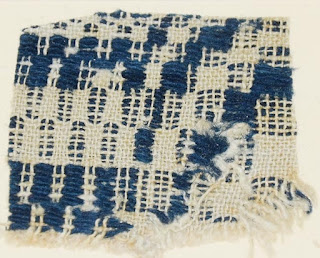 Penny was quite active in the GAR and he and Sarah are also mentioned in records of WRC veterans' events in Kansas. Sarah died in 1914, and Elijah in 1919. 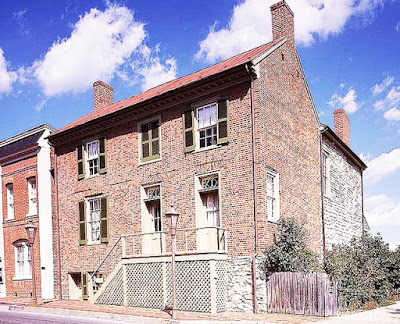 It is thought that this coverlet was stolen from the Lexington, Virginia, home of the late Thomas Stonewall Jackson in the months after the war was over. Jackson had lived in the house for about three years before the war began while he taught at the Virginia Military Institute. After his death in 1863 his wife Mary Anna Morrison Jackson moved home to her parents' house in Lincolnton, North Carolina. 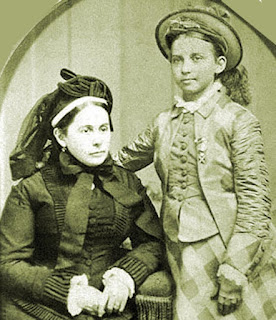 Anna Jackson and daughter Julia,
possibly in the late 1870s

Dealers selling pieces of this coverlet think it likely to have been taken from Jackson's empty house at the end of the war. Whether Elijah Penny was in Lexington, Virginia, is not known but one can imagine many ways a relic of Stonewall Jackson would be prized by a Union soldier. Jackson might have had a special meaning for Penny as Stonewall also lost an arm, but was not as fortunate. The Southern hero died a few days later. 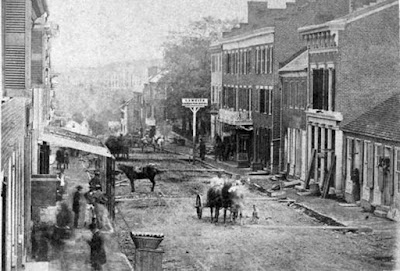