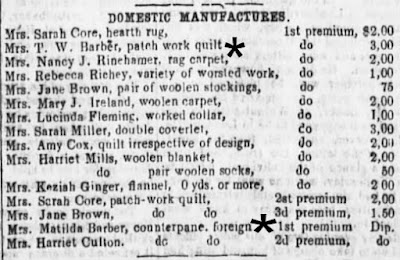 In 1854 Matilda Barber entered her needlework in the
Preble County Fair in Ohio. A year later the
Civil War and all its heartbreak began for her. 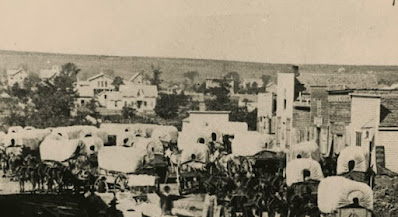 Kansas State Historical Society
Lawrence's main street about 1860, full of traffic.
We in Lawrence, Kansas claim dubious credit for the first casualties of the war over five years before the killing began at Fort Sumter. Matilda and her husband Thomas Washington Barber came to Kansas from New Paris in Preble County, a nest of antislavery sentiment. Inspired by the Kansas-Nebraska Act opening up the possibility of a new slave state if enough Kansas men favored it, forty Ohio families emigrated to vote against the idea. 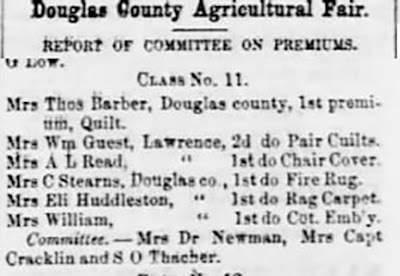 1859
The Barbers were farmers. Thomas raised Suffolk hogs, which he entered in the agricultural fairs and Matilda entered her prizewinning quilts in Ohio and Kansas competitions. 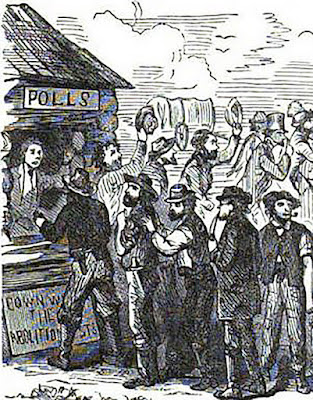 Fall, 1855 brought hundreds of illegal, proslavery voters to camp in the Lawrence area. Thomas Barber, his brothers and neighbors formed the Barber Guards, a militia to protect the town from the self-appointed "Law & Order" party of vigilantes headquartered in Missouri. Returning home after a few days guarding the town they encountered a group who attempted a "citizens' arrest." 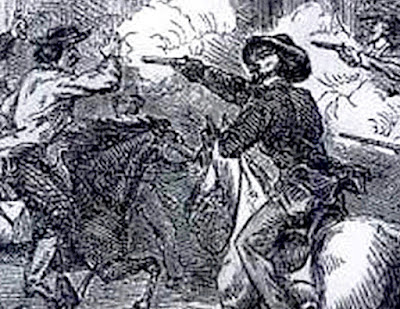 Dismissing them Thomas turned his horse away and they shot him in the back. 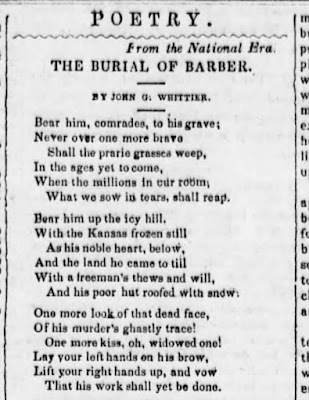 Matilda's loss became a national rallying cry for the free-state cause when New England poet John Greenleaf Whittier published "The Burial of Barber" in spring 1856. 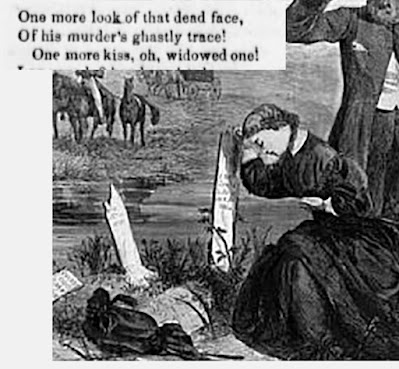 Despite public attitudes about the widow's role, Matilda was not one to wait in widow's weeds for heavenly happiness. She remarried to Vermont-born free-state settler Newman C. Blood in 1861 and raised their girl Katie, her only child. When her second husband died in 1876 she left Lawrence to earn a living as a matron at the state asylum for the mentally ill. Matilda died in Keokuk, Iowa in 1902 spending her last years with Katie and her husband. 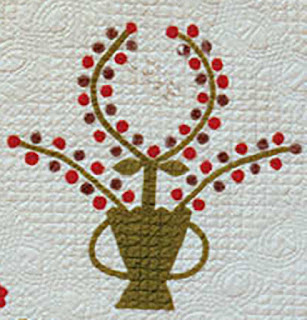 Block from a Preble County, Ohio sampler album.
International Quilt Museum
We can guess that Tilly Barber Blood brought her prizewinning Ohio quilt with her when she came to Kansas although no trace remains of it. (Bedding an important requirement on the frontier.)
What might it have looked like? 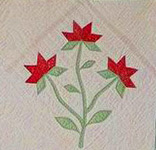 Block from a Preble County, Ohio sampler album.
It may have been a red and green appliqued sampler, done in a style fashionable on the Ohio/Indiana state line in the 1850s. 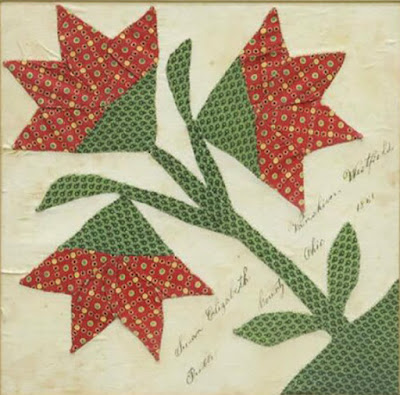 Block signed Susan Elizabeth Vanskiver,
Westfield, Preble County, Ohio, 1851
Everyone everywhere in the U.S. was making album samplers in the 1850s but there is a certain Ohio/Indiana style. 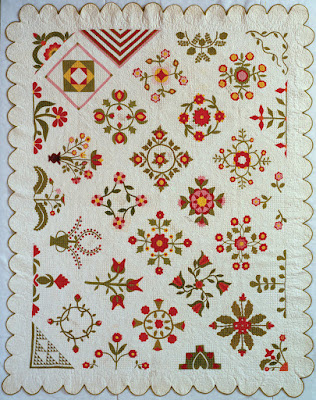 International Quilt Museum
https://quiltindex.org//view/?type=fullrec&kid=36-34-60
Blocks are placed on point as in this one by friends of Margaret Morton of Preble County. 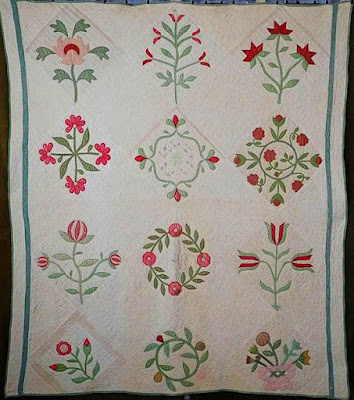 Online auction, blocks dated 1852 from Preble
County with the name Reeve
(set together and bordered later?) 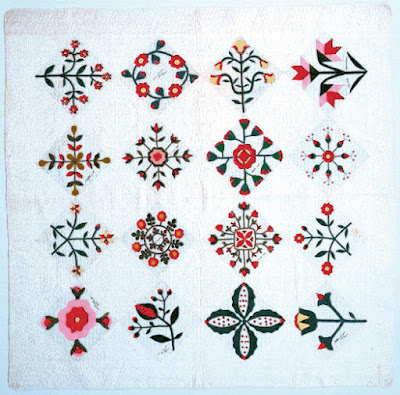 Clinton County Historical Society
And this one with a block dated 1842 and names from Clinton County in western Ohio and Wayne County in eastern Indiana, including Rebecca Harvey Hadley and her daughters. The Harveys and the Hadleys were Quakers who came to the area from North Carolina early in the 19th century to escape the Southern slave system. Quakers became an important cultural force on the state line. Quaker austerity may explain a certain plain look to the local setting style. 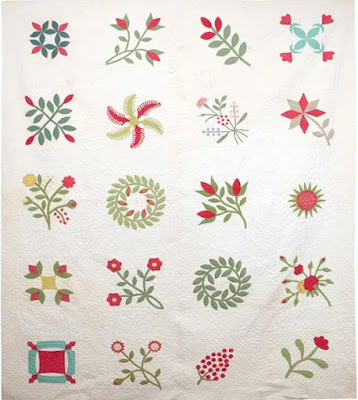 In this one made for Mary J. Manning the blocks are
on the straight, but the austere setting is typical.
Mary lived in College Corner in Preble County, just on the Indiana line.
I am just imagining Matilda's quilt but....there is a regional style.
Posted by Barbara Brackman at 6:00 AM