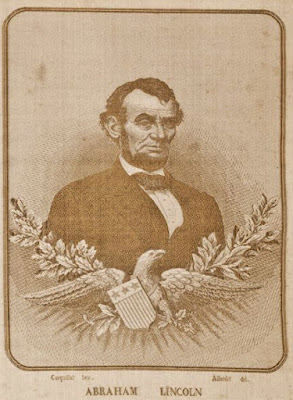 Today is Lincoln's actual birthday. Honest Abe was born February 12, 1809. As one of the top three best-ranked Presidents by historians and an American tragedy in his assassination he has many tales connected to him. Among them a few quilts. 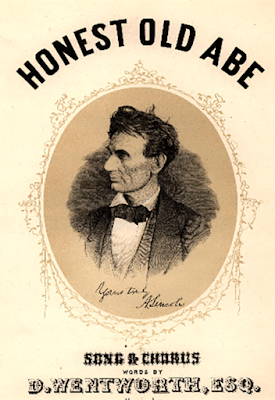 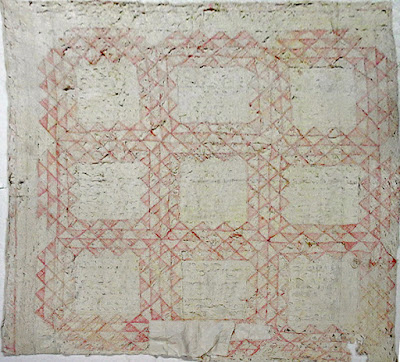 Harney County Museum, Burns Oregon
The Oregon project recorded this Ocean Waves quilt with a Lincoln story.
https://quiltindex.org//view/?type=fullrec&kid=40-38-1394
Honestly, the quilt is in terrible shape --- it has the kind of damage one sees after time between the mattress and the bed springs, an idea entirely too popular in the early 20th century. 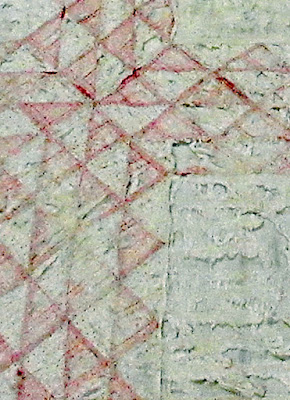 It seems to have been pieced of a plain white and a double
pink floral print. 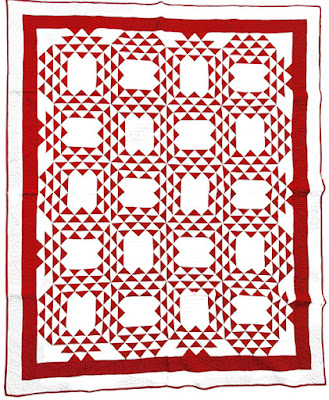 It must have once looked like this version in Turkey red and white. 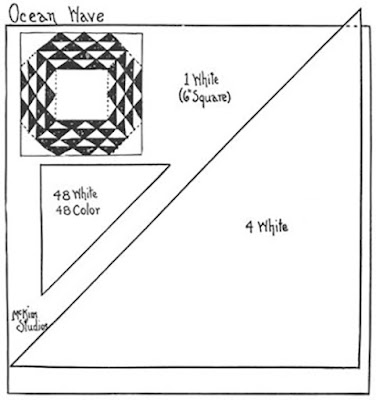 The pattern is commonly called Ocean Wave, based on blocks shaped like
long hexagons full of triangles. 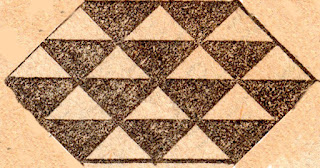 From the Quilt Index file:

"Story associated with the quilt says that Abraham Lincoln assisted with quilting when he stopped by the family farm for a visit. The cotton was raised by Amanda's father, Jacob Cowels, and used in the padding. When William M. Ray was 18 years old, the quilt was given to him by his mother, Amanda (Cowels) Ray. In 1926, William gave the quilt to his daughter, Mrs. Elmo (Ila) King....

"The original of this copy was signed by Mrs. King at Otis, Oregon in 1928. The quilt was then given to her brother Eben Ray, by her family on her death in 1980." 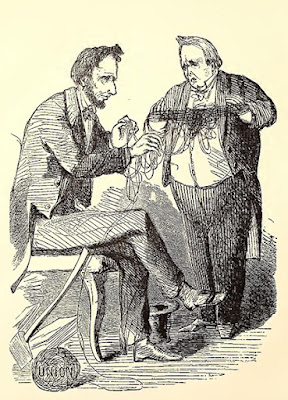 Lincoln and William Seward (?) with a ball of yarn
labeled Union.
I think the "copy" referred to above is a paper copy of the family tale.

Ila Esther Ray King 1909-1982 apparently wrote and signed the story. Here she is in the 1930 census living in Tillamook. She was born in Oregon as was her mother. Her father was born in Ohio.
Based on the physical evidence of the quilt (and a lack of documentary evidence) this quilt had nothing to do with Abraham Lincoln,  probably made long after his death in 1865. Abe did not put a stitch in it. 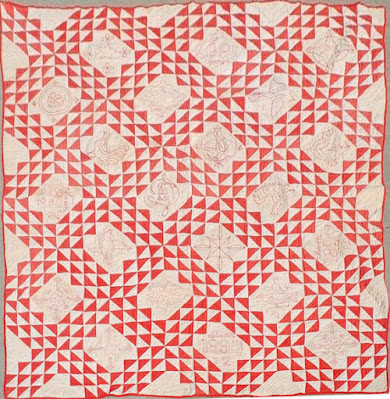 The Ocean Wave design was quite the fashion from about 1880 to 1925.
The example above has redwork embroidery in the plain white squares. 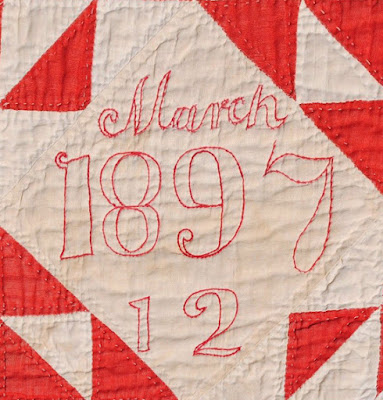 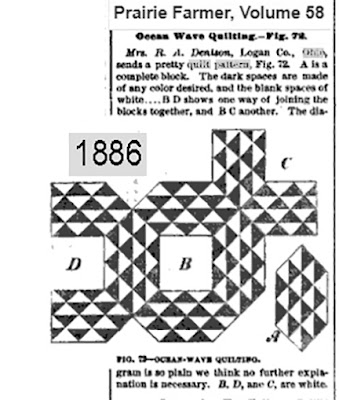 Probably the earliest published version of the pattern---
1886 from the Prairie Farmer magazine. 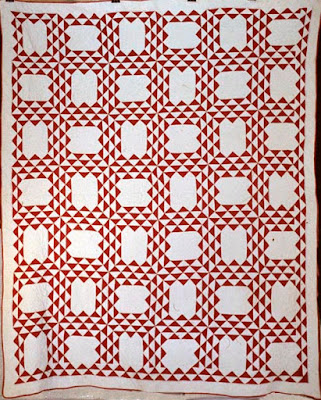 1892, attributed to Mona Miller, West Virginia Project
Above: the earliest Ocean Wave in this pattern arrangement
in my file of date-inscribed quilts. 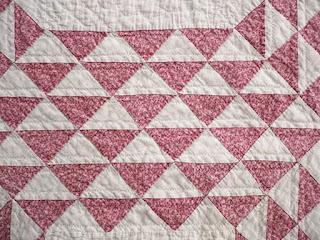 A double-pink Ocean Wave dated 1889 from an online auction. 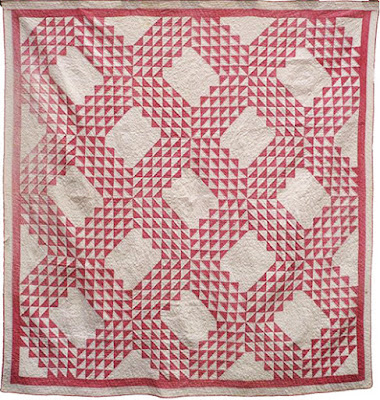 Block on the diagonal.
Museum holdings like the "Lincoln Quilt" present many problems. Should such a worn-out object be taking up storage space? Could it be de-accessioned as having a completely dubious family history? Would the family be angry that their cherished "brush with greatness" was dismissed as untrue?
Or could the object be re-interpreted with an honest label (in honor of Honest Abe) saying something to the effect that in the past much material culture was valued only for its association with famous men. We know from examining this quilt that it could not have been made during Lincoln's lifetime but probably after 1880. Current thinking about material culture values the object itself. We can wonder who made it and where and why it was so undervalued that it became so worn. And then again why it became so overvalued that it was donated to a museum?
Posted by Barbara Brackman at 6:00 AM

I vote we not tell the family. But I agree with you as to why it was donated AND accepted.

It is likely they were doing Eban Ray a favor when they accepted the quilt. Why they documented it the way they did is beyond me.