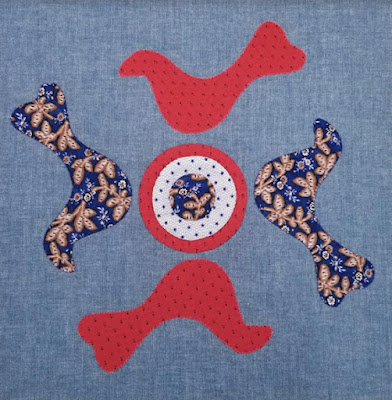 Ladies' Aid Sampler #12: Birds: They Sow Not by Denniele Bohannon 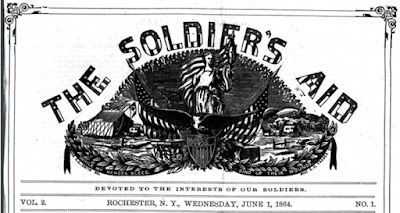 Our final New York album block recalls the women of Rochester who organized a Soldiers' Aid Society during the Civil War. They published a professional looking newspaper after 1862 but apparently
neglected fundraising and treasurer's reports.

Augustus Hoppin's llustration in The Tribute Book
One day in 1863 they discovered they had one penny in the bank.
Frank Goodrich in his 1865 Tribute Book found this amusing enough to devote a few pages to the Rochester group in his Record of the Munificence, Self-sacrifice and Patriotism of The American People..... 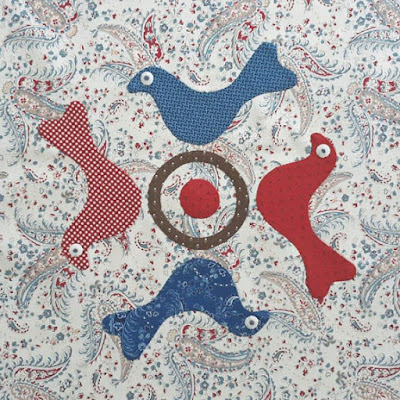 Birds: They Sow Not by Becky Brown
The Rochesterites may have sewed but like the Biblical birds, "The fowls of the air:...they sow not, neither do they reap."
Once financial facts became clear:

"The energy, zeal and ingenuity, which had thus far lain dormant in the Rochester breast, now awoke to action. A standing committee on finance was appointed, whose duty it was to invent, devise or otherwise procure, the means of raising money, and a Christmas fair was unanimously decided upon." 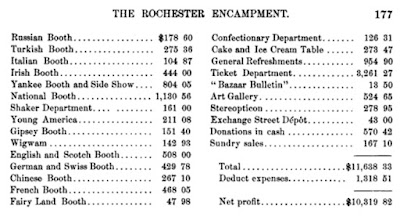 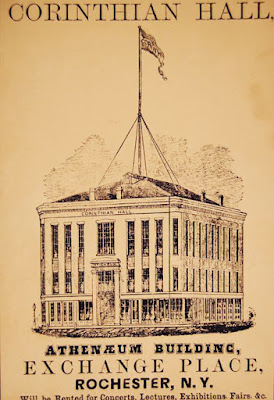 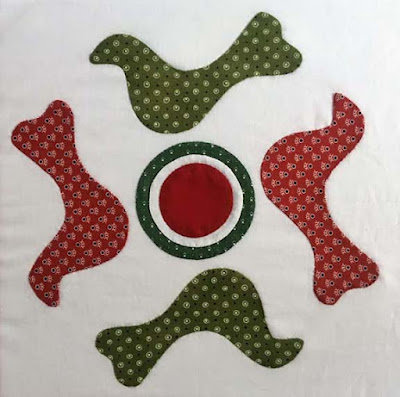 #12 by Barbara Schaffer
Followed up by a fundraising Strawberry Festival in summer, 1864. 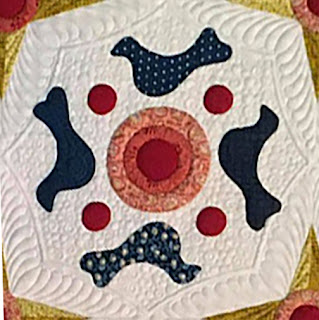 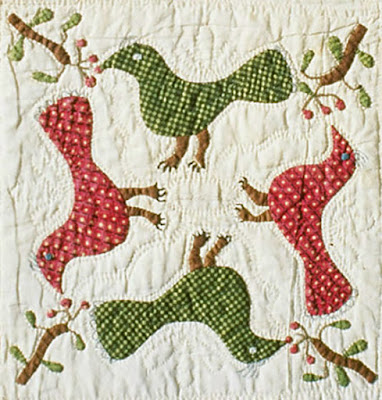 Simple birds in profile were popular imagery on album quilts. 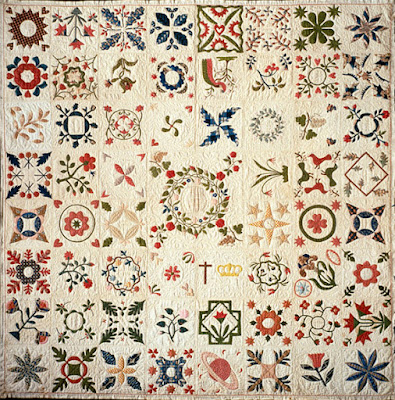 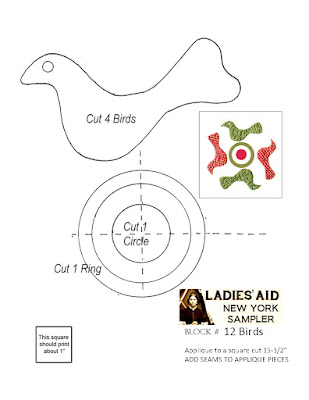 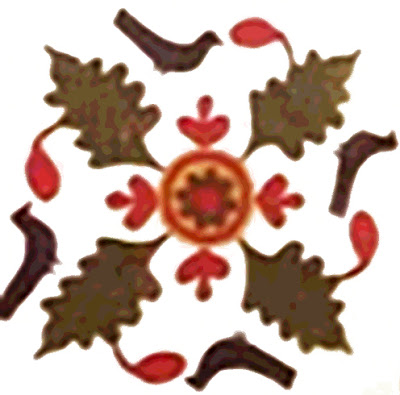 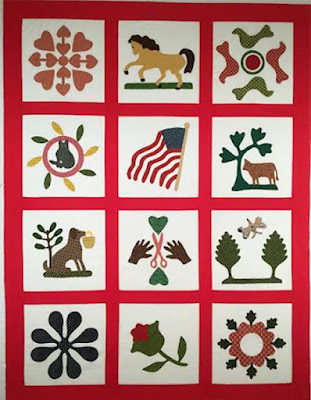 Barbara Schaffer's New York Ladies' Aid Album complete
with the red sash they liked so much. 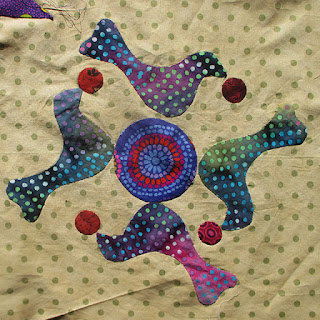 #12 Birds by Barbara Brackman, who is
appliqueing stars in the corner of the blocks. 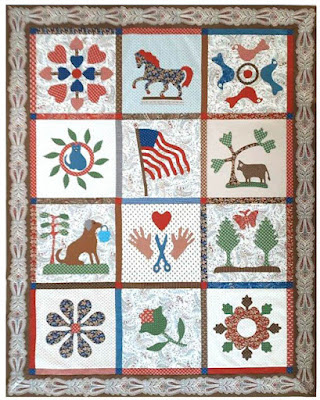 Ladies' Aid Album Sampler by Becky Brown
And we are finished!
Be sure to post your progress on our Facebook group page:
https://www.facebook.com/groups/760271491561619
Ask to join, we'll let you in pronto.
Further Reading: 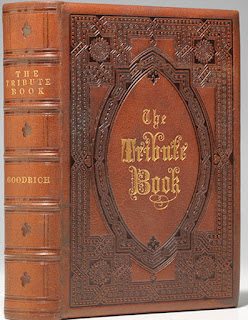 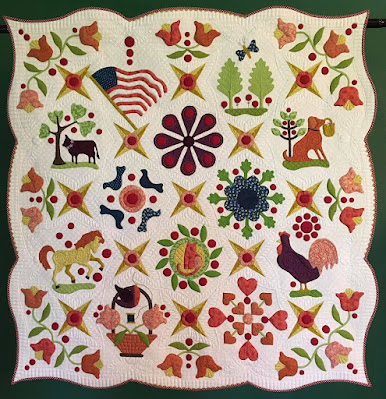 Robyn Revelle Gragg's
Posted by Barbara Brackman at 6:00 AM

They are all stunning! Kudos to all the wonderful quilters!