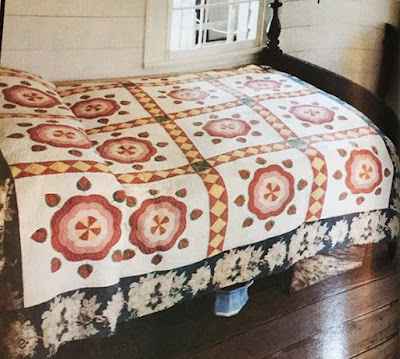 Ladies's Circle Patchwork Quilt magazine photographed this quilt with its chintz border at Atlanta's Tulley Smith House years ago. The quilt was donated to the Atlanta History Center with many family photographs, records and the story that it was made for Mary's wedding November 16, 1865 in Athens, Clarke County, Georgia. 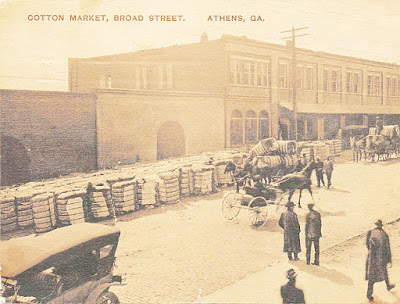 Athens in the early 20th century. The town had two economies,
cotton and education. Mary's family is listed in the 1850
slave schedule with two enslaved people.

Mary's Civil War was spent in Athens. She had a younger brother Henry Hill Dickson (1849-1935) whose obituary tells us had a short Confederate career. He ran away from home to join when he was 14 in 1863. "When discovered, he was presented with a musket and sent home." It does seem that ever after, however, he was known as Colonel Dickson.

Mary was 19 when she married First Lt. James Cozby (Cosby) Carlisle of Wade Hampton's Carolina Regiment. After their marriage and the Civil War's end Mary and James returned to his home in Lowndesville, just across the Savannah River in South Carolina.  The family with their four Carolina-born children moved to Georgia towards the end of the century.

Mary's postwar years in Atlanta were spent in a household with an extended family including her mother, her divorced daughter Annie May Carlisle Johnson (1877-1965) and Annie's children. Annie died a hundred years after her parents were married. 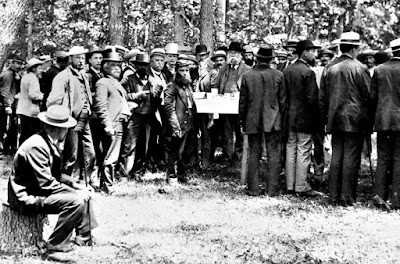 J.C. Carlisle was active in the Confederate veteran's organizations, perhaps attending this 1886 Gettysburg reunion of Hampton's Legion. Hampton is in the center with the white handlebar moustache. 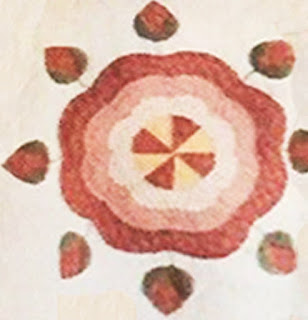 You cannot see much of Mary's pattern from the photo
but I am guessing it's pieced rather than appliqued.... 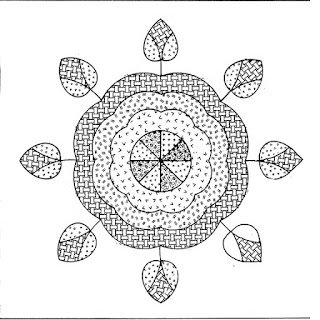 with seams extending to the edges of the block. 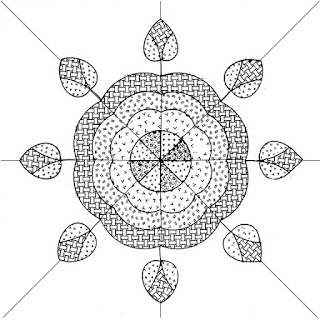 I modified a pattern from Ladies' Circle Patchwork Quilts magazine, which always had the prettiest pattern drawings.

Even the buds were pieced into the seams. It looks like Mary covered the seams with green embroidery to create stems, a common technique with this uncommon design. 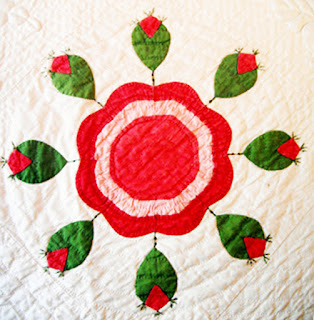 Another version from the mid 19th century

I'd call it a Whig Rose although Mary's family might not have had much to do with Whig politics. 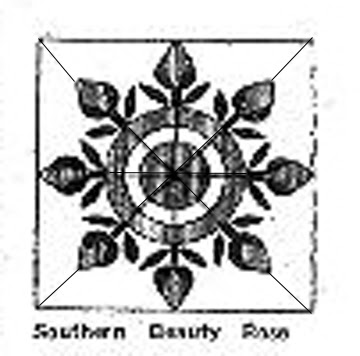 In the 1920s the magazine Household Journal published a similar design under the name Southern Beauty Rose.

We might assume these geometrical rose quilts are appliqued but when working on the Tennessee project Bets Ramsey realized that close examination revealed they are pieced or mostly pieced. Read her AQSG paper "Roses Real and Imaginary: Nineteenth Century Botanical Quilts of the Mid-South," in Uncoverings 1986:
http://www.quiltindex.org/journals/article.php?Akid=2-B-11A

I'm including a pair of pieced roses in the new edition of the Encyclopedia of Pieced Quilt Patterns. Here's a pattern for an 18" pieced block. 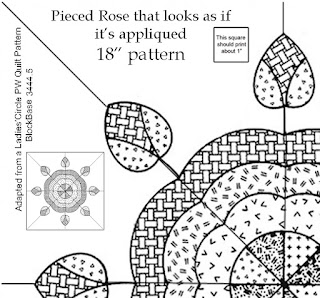 Very interesting. It seems to me that it would be much easier to applique than piece, but maybe her pieces weren't large enough to applique whole? We might never know.

This is a very interesting block and i would have a hard time piecing it. The story behind the quilts gives me a new perspective on the history of the era. Thank you

I don't do much applique anymore, but for this block that is what I would rather do.