Libby Prison on a Silk Quilt 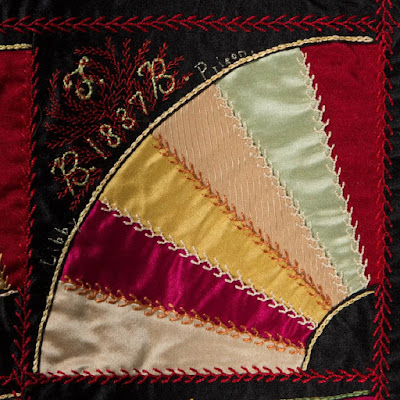 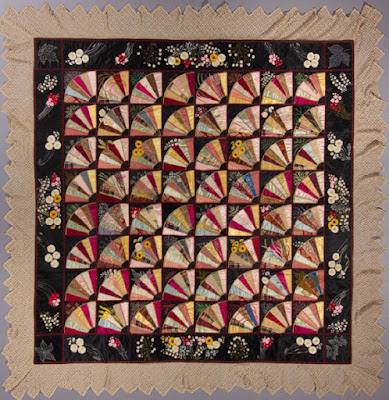 This elegant silk fan quilt with a lace edge was auctioned at Jeffrey Evans Auctions
in the Shenandoah Valley of Virginia three years ago, found in Richmond.
https://www.jeffreysevans.com/auction/richmond-virginia-dated-pieced-crazy-quilt/ 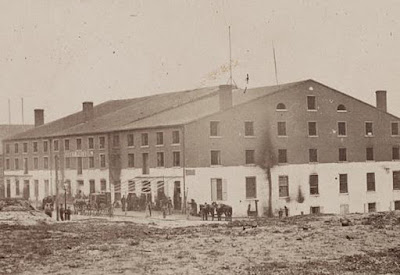 Libby Prison was a Confederate prison for Union prisoners in a converted tobacco
warehouse on the James River in Richmond. 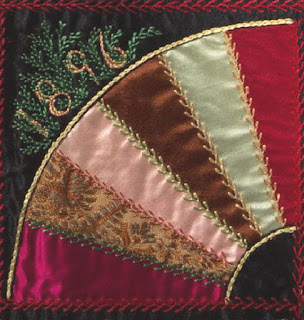 The last of several dates on the quilt is its probable date,
as silk fans were popular in the 1880s and '90s. 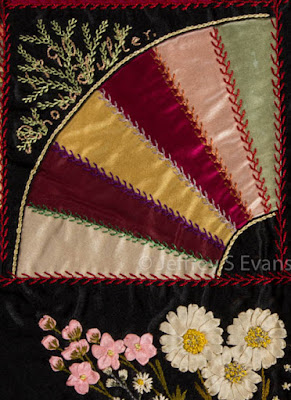 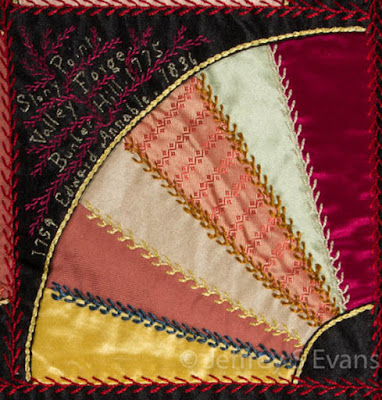 "Stoney Point / Valley Forge / Bunker Hill, 1775 /" 1759 Edward Annable 1836
This block may be our best clue to the maker and the meaning.
Edward Annable was born in 1753 in Ashfield, Massachusetts and died at 83 years old in 1836 in Marcellus, Onondaga County, New York, according to his FindaGrave site. Other biographies tell us he was born in Connecticut. He married Jemima Smith in Ashfield in 1782 and the family moved to Onondaga County soon after 1800. Mima and Edward had 11 children.

Biography from a Sons of the Revolution publication
https://www.findagrave.com/memorial/44821002/edward-annable
Lieutenant Annable fought in the Revolution beginning at Bunker Hill, later at the Battle of Stoney Point in New York and Valley Forge. Some of his children moved to the Michigan territory, among them Rhoda Annable Fuller (1790-1883) who settled there in 1830. 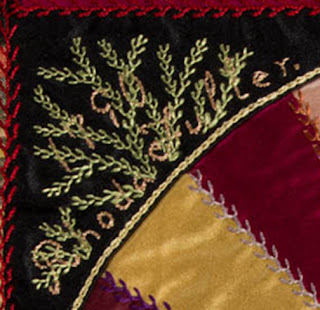 This Rhoda Fuller died in Ann Arbor 13 years before the date of the quilt
so was not the maker, more likely an ancestor honored
by the maker. 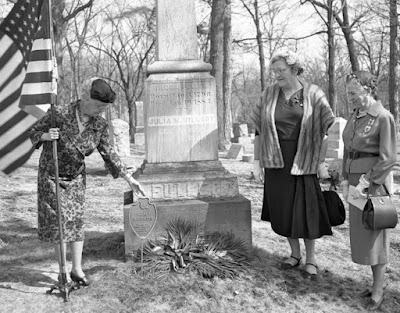 Rhoda was a "Real Daughter" of the American Revolution,
heritage recalled by the Michigan D.A.R.
recorded here placing a marker on her grave.
https://www.findagrave.com/memorial/44946033/rhoda-fuller 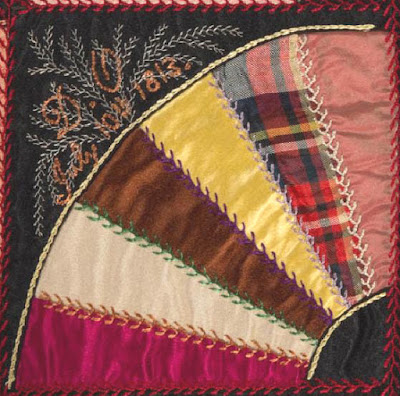 Perhaps D.O. fought in the War of 1812. The date may refer to the
Battle of Craney Island, Virginia July 10, 1813
The maker seems to have been commemorating military service by her family. The Civil War memorial doesn't give us much to go on. Libby Prison was active in the early 1860s so the year 1837 might refer to B.F.B.'s birthdate 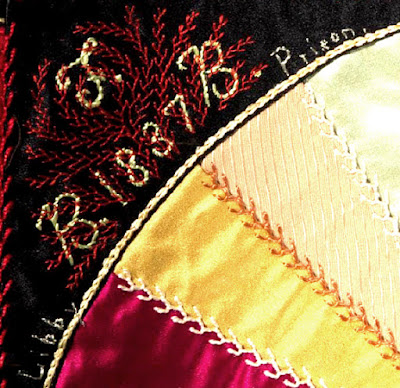 As one of the last names on the quilt is Blair I guessed this Civil War Union
soldier might be B. F. Blair and I found a Libby survivor in a list.

Lt. B.F. Blair of the 123rd Ohio Volunteers. You guess any man born before 1850 or so with the initials B.F. might be Benjamin Franklin, which is some help.
https://www.green-wood.com/2015/civil-war-biographies-berdan-boesen/
The best information about Benjamin F. Blair is at this site, which tells us he spent time in Libby Prison, survived the war, moved to Brooklyn, New York where he became a successful lawyer, occasionally lecturing on Libby Prison. He was born in Constantine, Michigan in 1837 and graduated from the University of Michigan in Ann Arbor. Surely this is the soldier remembered on the quilt. 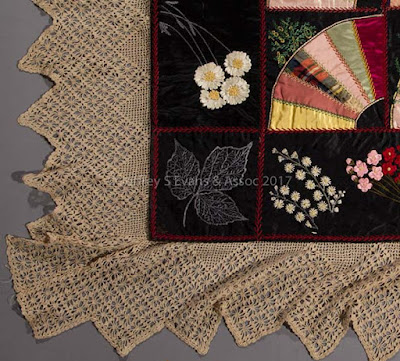 He married Mary Louise Blair, who according to a passport application, was born in Ann Arbor. 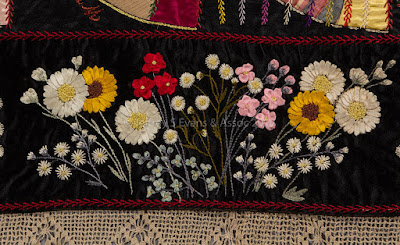 The border has skillful ribbon-work florals.

Mysteries remain. Who made it? And how did it get back to Richmond, the home of Libby Prison but not the Blair/Fuller/Annable family? 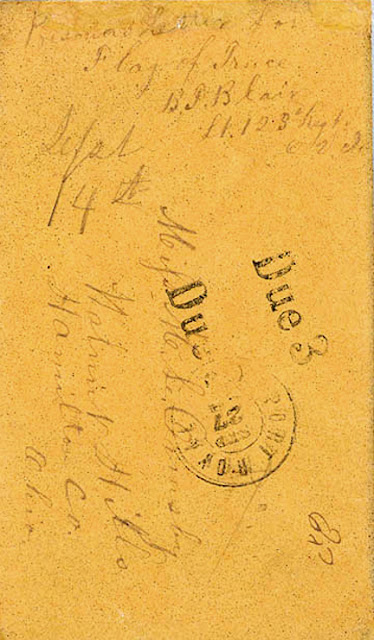 A mystery in my city! Fuller is a well known name in Ann Arbor- there is a large city field/soccer/pool/park in town named for one of the Fullers (I couldn't find which one). The Forest Hill cemetery is very old and very beautiful. The quilt is quite beautiful too.

Another fascinating read about a quilt and the lives lived by those associated with it. Thank you