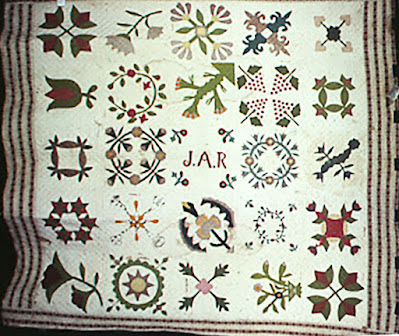 An album sampler from Newberry County,
South Carolina, documented in the South Carolina project in 1984.
https://quiltindex.org//view/?type=fullrec&kid=53-155-2247 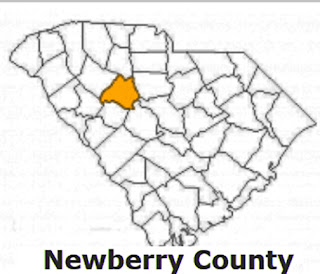 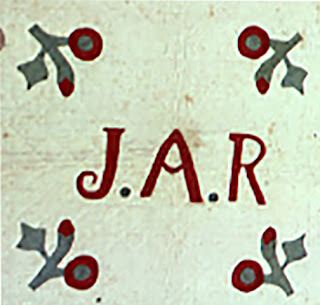 James Adam Rikard (1845-1930)
The woman who brought it in (she lived to be 102) believed it to have been made by a group of women for "Adam Rikard and was carried into the Civil War." She had a note with the names of the signers. But we don't have access to that so all we can guess is that Adam Rikard, J.A.R., was indeed James Adam Rikard of Newberry County who enlisted in Company F of the 20th South Carolina Infantry Regiment. 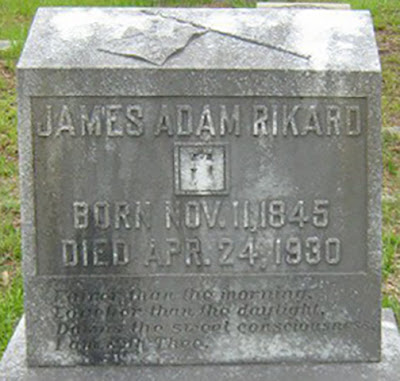 When the war ended James Adam was just 19.
He couldn't have served for more than a year or two. 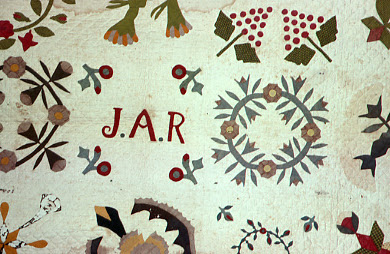 Many of the blocks are conventional patterns such as rose wreaths,
fleur-de-lis and cherries arranged in a group of four. 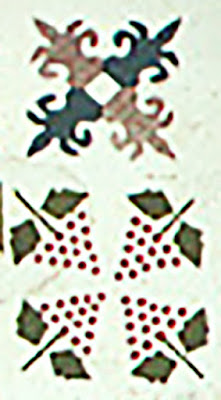 But others are rather, shall we say, organic.
Is this a Christmas cactus? 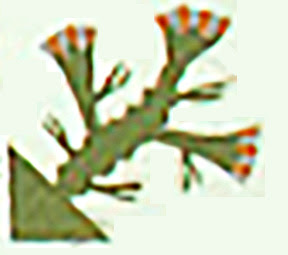 South Carolina's McKissick Museum owns a sampler with
a similar cactus and an identical red and green star wreath.
From the Edgefield District, about 50 miles south. 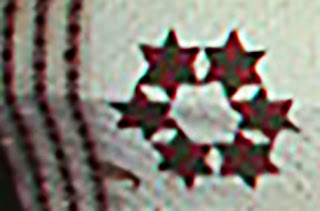 The Rikard quilt with its striped border. 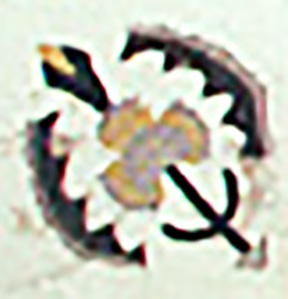 A floral that looks to be chrome orange, a dark blue
or teal and a red fading to pinkish-brown.
It is interesting that the fabrics in the blocks all appear to be solids and that some of them are losing color as in that pinkish brown above, which might be a late-19th-century synthetic dye called Congo red that faded just like that. Many of the former reds are pinkish-brown today. 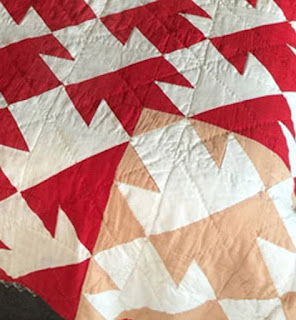 Expensive Turkey red cottons stayed true;
cheaper Congo reds faded to browns and pinkish tans.
Which makes me think that the quilt could not have been made in the early 1860s and did not go to war. Another clue to a later date is in the culture of Newberry County and the places the Rikards lived like Pomaria, Prosperity and Newberry, which are in an area called the Dutch Fork, settled by many Germans. 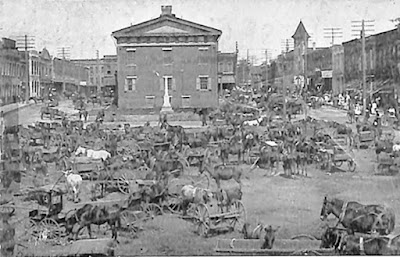 Town of Newberry, the county seat, about 1900 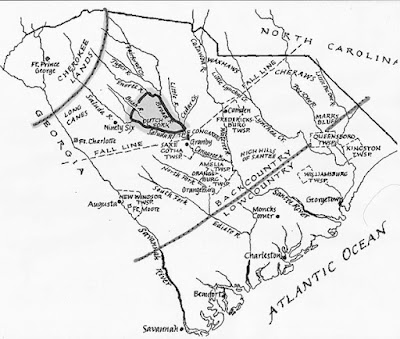 The Dutch Fork
The Rikards or Rickards were of German descent. When Laurel Horton analyzed quilts in the Dutch Fork region for the South Carolina quilt project she was disappointed to find, "Nearly all the quilts surveyed dated from the late 19th or early 20th century, none from the first half of the 19th."
The German-Americans made their beds in completely different fashion from neighbors of British descent until later in the century. 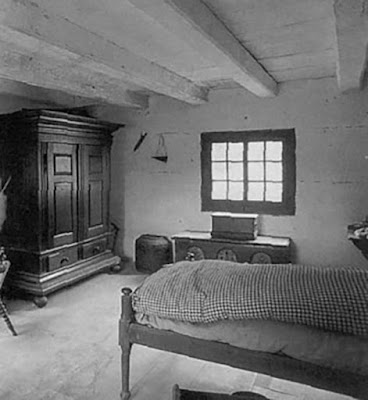 Typical feather bed cover in the Landis Valley Museum
in Pennsylvania.
Plantation owner Anna Calhoun Clemson who lived in the area remarked on the bedding style of a German couple she hired as live-in servants after the Civil War. They slept under a feather bed, appearing to have a mattress below them and one above.
Laurel found that the Dutch Fork families adapted Anglo-American bedding style about 1880 and began making quilts. One Rikard who made quilts was James Adam's wife Mary Lillus Summer Rikard. 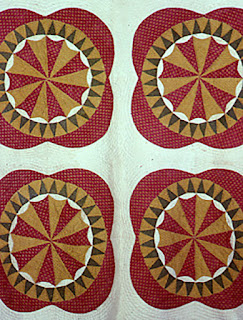 This unusual quilt was also found in Newberry County,
attributed to Mary Summer Rickard (spelled with a c.)
Mary was born in 1850 and lived till 1921.
This quilt descended through Mary and Adam's daughter Addie. 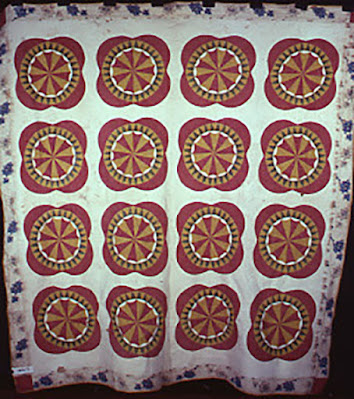 https://quiltindex.org//view/?type=fullrec&kid=53-155-2250
Regional pattern in calicos with a chintz-scale border.
South Carolina style. The documenters and family thought
it made about 1870. 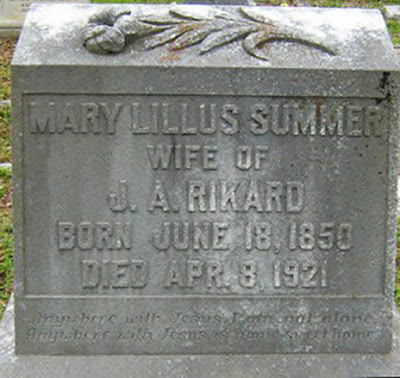 Mary is the likely maker of James Adam's sampler album too.
She was about 12 when the Civil War began.

The 1860 census shows Mary Summer at 11 living with her parents, who
were probably not German-Americans. Her sister has the
wonderful name of California Summer.
So here we have two quilts probably by the same woman, whose
descendants spelled her name differently. One wonders if Mary made others. 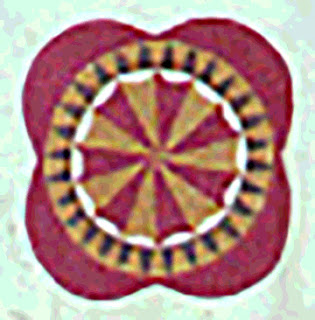