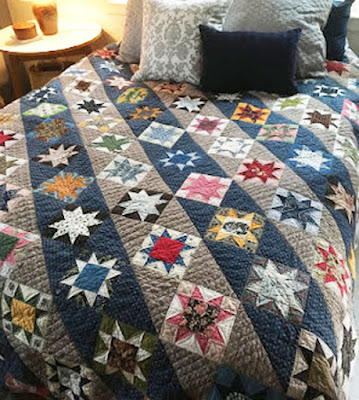 The Stars in a Time Warp Quilt Along ran here in 2015. Some people finished quilts or tops this year. 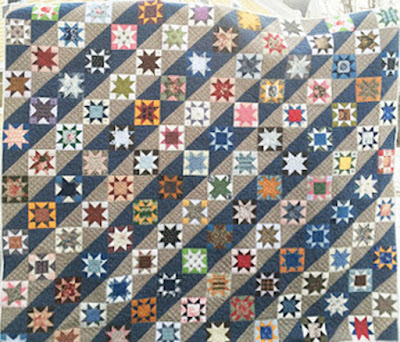 Cynthia at Wabi-sabi Quilts
She alternated the 6" stars
with a half-square triangle block. 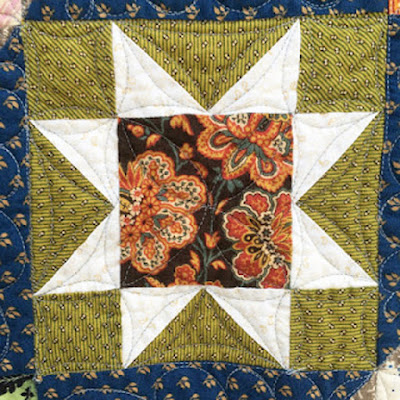 Hannah Robinson did the machine quilting.

This is Cynthia's second quilt from the Stars blocks. 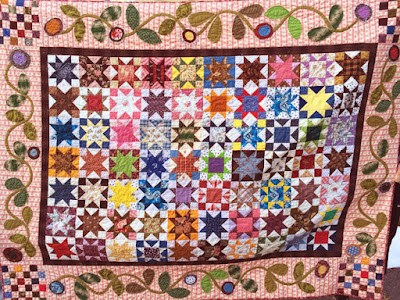 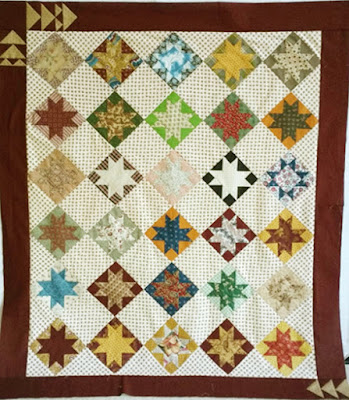 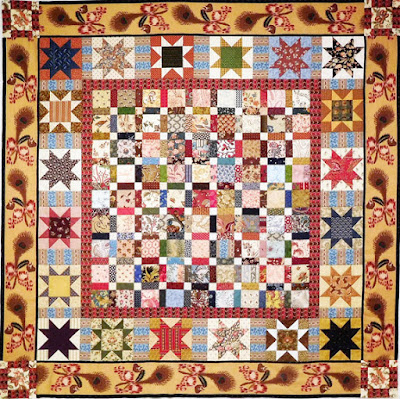 Scrappy Squares by Barbara Schaffer.
Barbara had some left over stars, so this is her second I think. 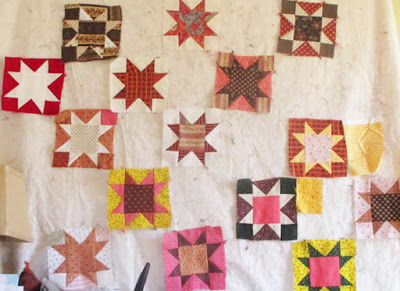 And I have found my stack of stars. I didn't get very far. Here are fifteen
I thought about setting with an alternate chrome yellow or Turkey red
square but I don't want a quilt that big. Sashing may be the answer.

We could have a show of Stars jut made by people named Barbara. I think there are 7 Barbaras in the files. But that would mean I'd have to get mine finished.
Posted by Barbara Brackman at 6:00 AM

Loved seeing these star quilts and thanks for sharing mine! Would you believe I still have extra blocks?

Wonderful collection of star quilts!
Cynthia was at seminar in NH this year - she is the nicest woman and so talented.
Thanks for sharing these SIATW quilts today

We Barbara's make great SIATW quilts, right? That would be a fun exhibit.

Stars are my favorite block. Thanks for sharing.

Thank you for taking the time to find pictures of these lovely stars and post about them. I love seeing how different each quilt is. So inspiring. Love Barbara Schaffer's quilt; I love the "sashing" between the stars to make the border bigger. Great job! ;^)

Good job, ladies, on getting your star quilts to the finish line. They are all wonderful!

All of these star quilts are lovely. I really like Cynthia's diagonal setting. It is striking.

Oooo thank you for posting my quilts. I enjoyed that entire starry year - learned a lot and collected a lot of fat quarters along the way. Thank you again Barbara! It is fun to see all the various SIATW quilts - all of them so pretty. Looking forward to whatever is cooking in 2018 - although I still need to finish up Westering Women!

Congratulations ladies ,your quilts are fabulous.Love them all!!

So very pretty, one and all!

every one i've seen is gorgeous...

They are all such great quilts! SIATW is calling my name! My top is all basted and ready for machine quilting.

Great quilts! I wish I had found your blog before this QAL, but there is always time to start a starry adventure!
Greetings from Sicily!