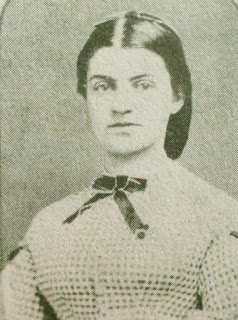 Soon after the Civil War 23-year-old Eliza Ann Summers volunteered for a difficult job. The American Missionary Association needed women in Georgia to teach freed children on Hilton Head Island. In January, 1867 she left her home in Woodbury, Connecticut with friend Julia Benedict for a six-day coastal voyage.

Hilton Head was a sea island, blessed with a climate perfect for cultivating rice and cotton but cursed by slavery. When Union troops landed in November, 1861 planters abandoned the land leaving slaves to declare themselves free---if hungry and terribly poor. 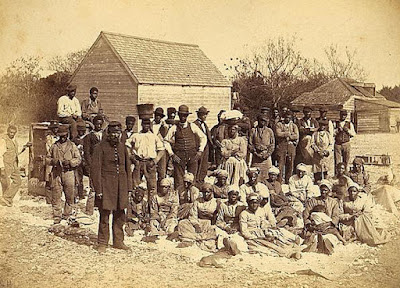 When Eliza landed she was still suffering from sea sickness and shock at the conditions people had to live under. In a weekly letter to sister Sallie she mentioned one comfort.


"I want to tell you about the bedquilt of mother's. Tell her I think of home every time I look at it, and I think how Aunt Ruth and we all worked to quilt it. It is on the outside of the bed and is the greatest ornament of the room" 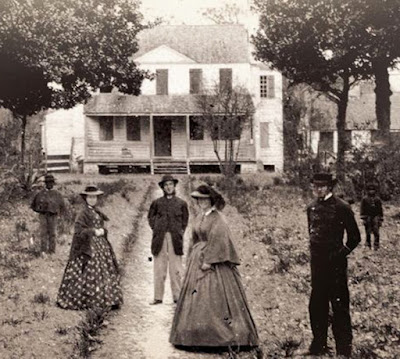 Missionaries in Beaufort during the war.

She taught children, held adult classes and made friends among the island's African-American leaders and the Northern teachers and administrators. 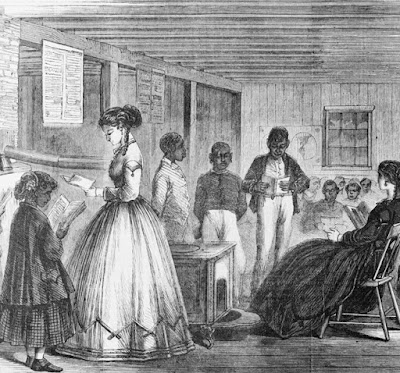 She wanted to teach the children to sew but sewing required tools, thread and fabric. She asked Sallie for help. Finally in May a box arrived with used clothing for her ragged friends and students, gloves for her and fabric donated by her relations including "a little bit of dark green of Lib Hirtland's."


"The ladies went right to work and helped me cut out some patch work so that we can commence our sewing school next week. The children are very anxious to learn to sew." 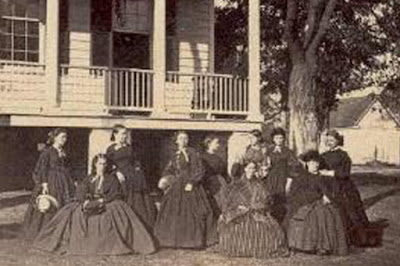 "I had my first sewing school today...Have not done much else but cut that calico since the box came, and have it cut nearly up. The children are piecing a bed quilt for me of it. I knew that a block a piece or two would not do them any good, and they are perfectly delighted at the idea of doing it for me. They have pieced five whole blocks and parts of several others this afternoon. The blocks are just a plain nine square, five dark and four light.... 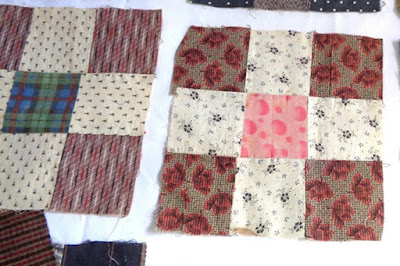 I wish I had some more light [fabric]. Could you not send me a little in a paper? But I guess the best way will be to buy a half a yard at the Head...." 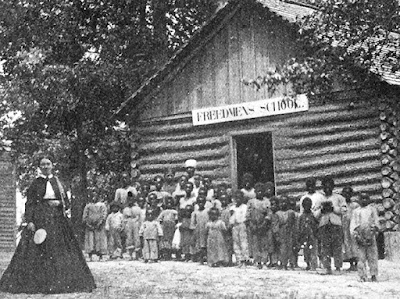 Eliza taught only one spring term on Hilton Head. In June before the malaria season she returned to Woodbury with her "nine squares." She wondered if she should take the blocks with her when she left but as she had no way to quilt it there she decided to pack it. 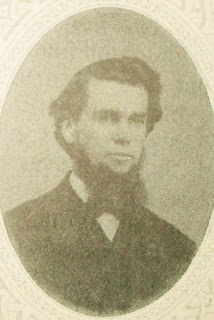 In 1869 she married Floyd Frost Hitchcock and had 5 children, 4 of whom survived her when she died in her mid-fifties in 1900.

What happened to the nine-patch stitched by her enthusiastic students on Hilton Head? Four Hitchcock children may have done it in. 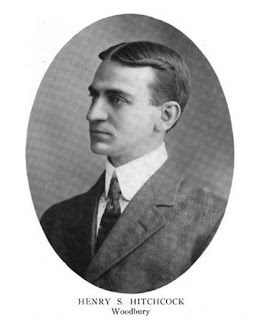 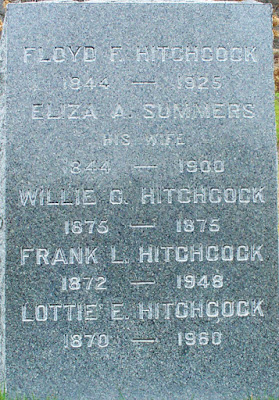 The family tombstone in Woodbury

I love your stories, and learning about the civil war, before and after. I love your Western Women. I wonder if you know how much you influence our lives Ms. Brackman. You are one of a kind and I’m humbly grateful for your posts.

Another wonderful bit of Civil War era history. I so enjoy reading this blog.

you guys are so nice!

Thank you for sharing this wonderful story. We often forget how fortunate we are today to simply "pick up" a few yards of fabric on a whim. Humbling indeed.

Thank you for sharing this story. I had never heard of "Freedman"
I very much enjoyed reading your blog. I enjoy reading about the times, people, and quilts during this time period.