A Boston Bazaar in Rhyme

If it's Christmas in Boston in the 1850s I'm heading on down to
Faneuil Hall for the annual antislavery fair. 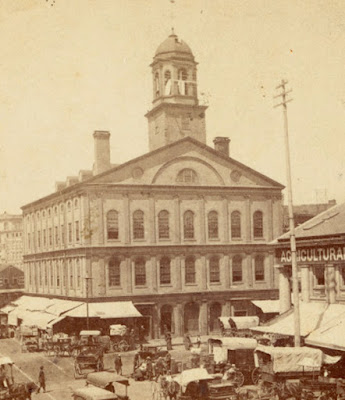 There will be quilts for sale and probably
imported fabrics donated by local merchants
and wholesalers locally and from England.

For fans of the abolitionist movement: a poem describing the 1857 fair at Faneuil Hall: 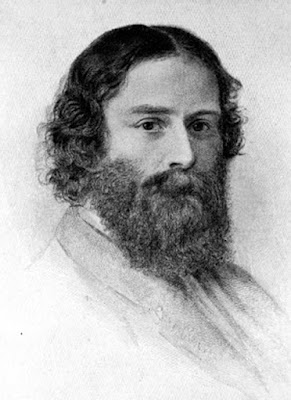 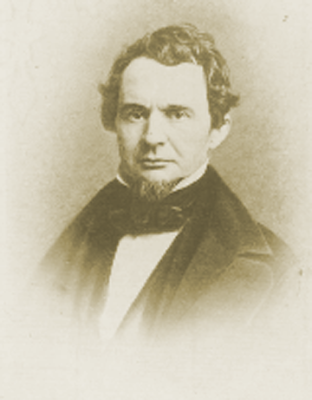 The poem "Letter from Boston" was printed in the newspaper The Anti-Slavery Advocate on January 2, 1858 and reprinted decades later in the Atlantic Monthly in 1884, where the editor thought it "As fresh & as racy as if it were written yesterday." Fresh and racy have not stood the test of centuries but if you are familiar with the characters---the "anti-slavery folks"--- it is amusing.

Here's a selection of characterizations:


"By way of saving time,
do this letter up in rhyme....
The great attraction now of all
is the 'Bazaar' at Faneuil Hall,
Where swarm the anti-slavery folks
As thick, dear Miller, as your jokes. 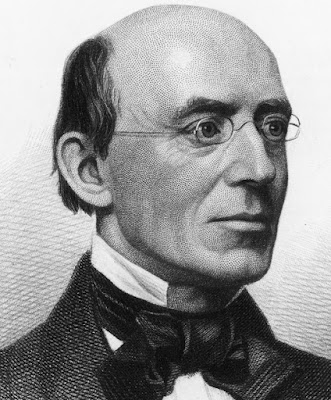 Here's Garrison, his features very
benign for an incendiary,
beaming forth sunshine through his glasses,
On the surrounding lads and lasses. 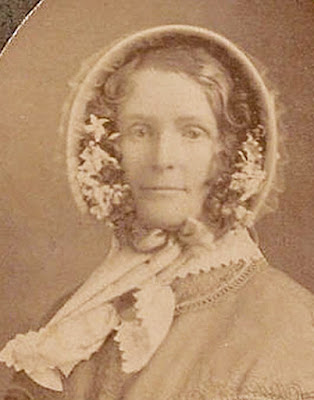 There was Maria Chapman, too,
With her swift eyes of clear steel-blue,
The coiled up mainspring of the Fair,
Originating everywhere.
The expansive force, without a sound,
That whirls a hundred wheels around;
Herself meanwhile as calm and still
As the bare crown of Prospect Hill; 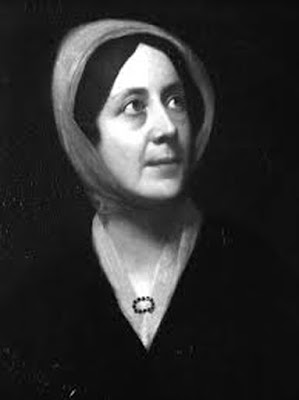 And there, too, was Eliza Follen,
Who scatters fruit creating pollen
Where'er a blossom she can find
Hardy enough for Truth's northwind,
Each several point of all her face
Tremblingly bright with the inward grace, 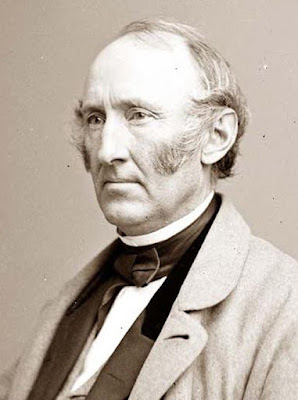 Wendell Phillips in a sack coat

There, with one hand behind his back,
Stands Phillips, buttoned in a sack,
Our Attic orator, our Chatham;
Old fogies, when he lightens at 'em.
Shrivel like leaves; to him till granted
Always to say the word wanted,
So that he seems but speaking clearer
The tiptop thought of every hearer. 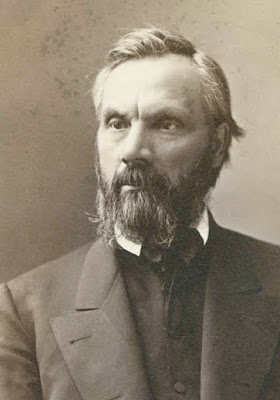 Beyond, a crater in each eye,
Sways, brown, broad-shouldered Pillsbury;
Who tears up words, like trees, by the roots,—
A Theseus in stout cowhide boots; 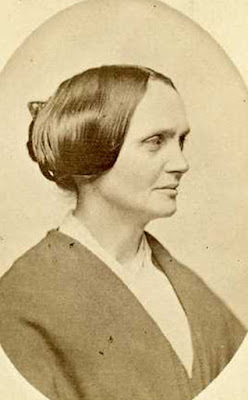 
Judith, there, turned Quakeress,
tis Abby in her modest dress,
Serving a table quietly,
as if that mild and downcast eye
lashed never with its scorn intense
more than Medea's eloquence....
No nobler gift of heart and brain,
No life more white from spot or stain,
Was e'er on Freedom's altar laid
Than hers, the simple Quaker maid.

You can read the whole poem here:
http://www.poetrycat.com/james-russell-lowell/letter-from-boston

Thanks so much, Barbara. This is perfect to share with our "Kindred Stitchers Club."