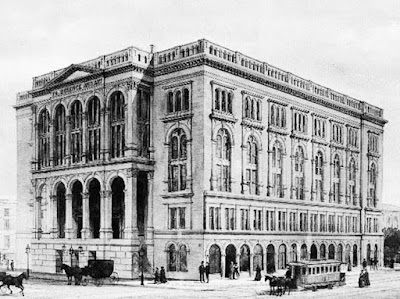 Gulielma Field taught art at the New York School of Design for Women during the Civil War. The curriculum was designed to teach women skills in drawing and engraving for employment by publishers, printers, manufacturers. The school was housed in the new Cooper Institute building, still standing at 7th Avenue and 3rd.  Suzanne says I have it wrong:
Cooper Union foundation building is at 7 East 7th Street between 3rd and 4th Avenues -- on the East side not the West side. Otherwise known as Cooper Square
Thanks!

Gulielma (it's a Quaker name---Mrs. William Penn's name) was first a student at the school in the 1850s and became a teacher of engraving. According to Alice Donlevy, one of her students, she also insisted her students learn to quilt. 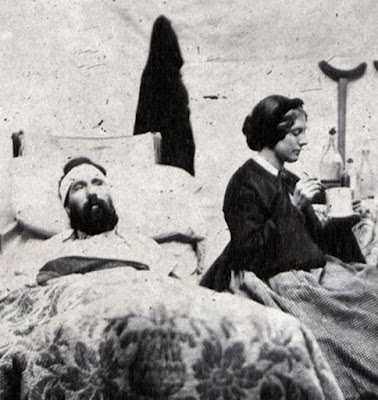 During the War Dr. Edward Curtis* asked his mother Julia Bowen Bridgman Curtis (one of the school's founders) if some lady might "organize the making of old-fashioned patchwork quilts" for his patients. He was sure that "many soldiers died in the hospitals of home-sickness." 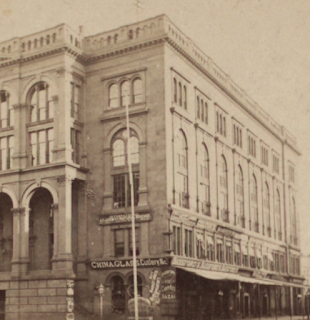 The top floor was well lit during the day.

"Gulielma asked a Quaker family for the quilting frames, and Peter Cooper [of the Cooper Institute] for the room. ...Under her guidance many patchwork quilts were made during the Civil War, in an upper room in the Cooper Institute, where the students of the Art School came to quilt for any half hour they could spare after lesson times.... 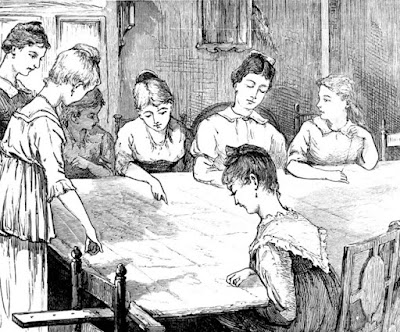 Illustration of a quilting bee, the kind of mechanical reproduction
the students at the art school were trained to produce.

She opened the every-day quilting bee with poetry," wrote Alice Donlevy in a remembrance of Field.

*I'm assuming the Dr. Curtis mentioned is Julia Curtis's son Edward who was an army surgeon in 1864 and 1865.

The reference to Gulielma's quilting room is an article by Alice Donlevy, "Quaker History and Biography: Guliema Field, Pioneer Painter" in Friends' Intelligencer, 1915. 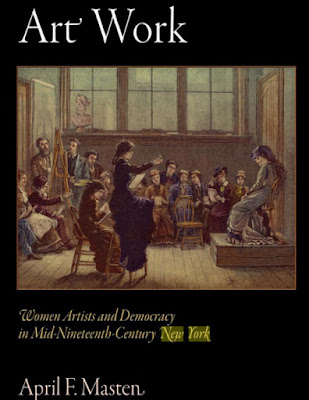 And read more about Alice Heighes Donlevy (1846-1929) and the school here in a preview of chapters 1 and 2 from April F. Masten's Art Work: Women Artists and Democracy in Mid-Nineteenth-Century New York

Gulielma (also spelled Guglielma) is the Italian form of Wilhelmina. Guglielmo = Wilhelm or William. [I am currently reading The Glass Universe by Dava Sobel. One of the researchers is a Scotswoman whose first name is Williamina. She shortened it to Mina.]

I guess you could shorted Gulielma to Elma. Or Gulie


Hello, I do not want to be repetitive, but I love waking up and opening emails from the Civil War. There's always something new and instructive. What strikes me most is that there are records from these stories. More and more my passion for the quilt and its stories increases. Thank you Barbara Brackman for always sharing your knowledge and research. Happy New Year.Themis Abdo from Brazil

I've read very little about women's roles in the civil war. This is so instructive and inspiring!

The Cooper Union foundation building is at 7 East 7th Street between 3rd and 4th Avenues -- on the East side not the West side. Otherwise known as Cooper Square.