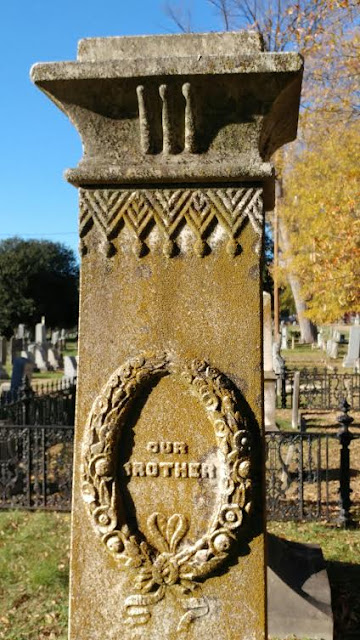 Over Thanksgiving we visited the Confederate Cemetery in Fredericksburg, Virginia. 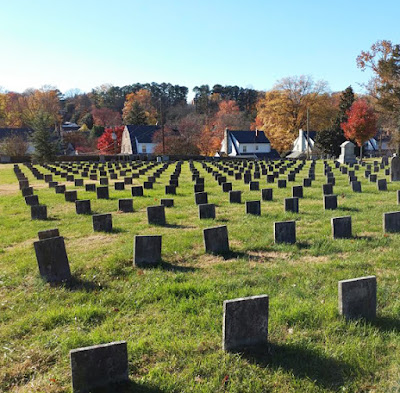 The color pictures are mine; the black & whites
from the Library of Congress.

3,500 graves mark the burial places of Southern soldiers. Some had survived the war to live into the 20th century. The majority were killed in at least four near-by Civil War battles. More than 2,000 blank stones mark the final resting spot of an unknown soldier. 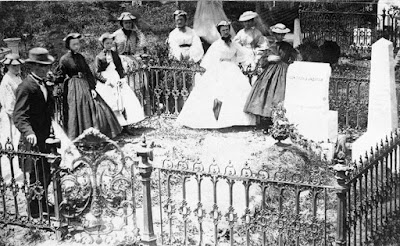 Stonewall Jackson's grave in Lexington, Virginia, in the 1860s

These Civil War memorial cemeteries were women's work after the War. 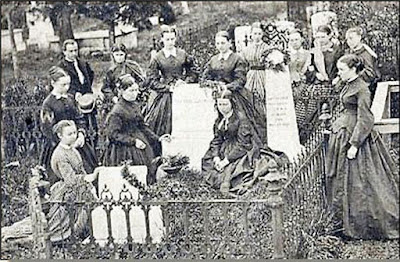 Skirts are slightly narrower so this photo
was taken a little later, but it still looks like the 1860s.

The first order of business was to purchase a burying ground. 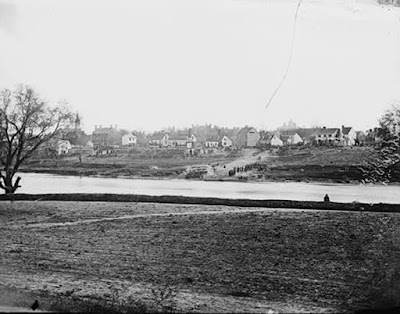 Fredericksburg during the War by Timothy O'Sullivan.

The women of Fredericksburg bought land in 1867. 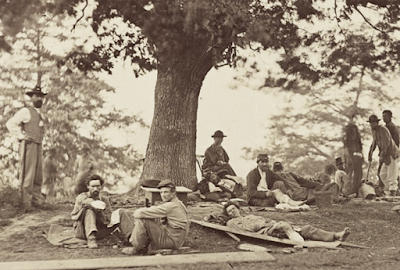 Men wounded in the Battle of Chancellorsville, Virginia, 1863.

The next step: Digging up the hastily buried bodies in cornfields and hillsides around the South. 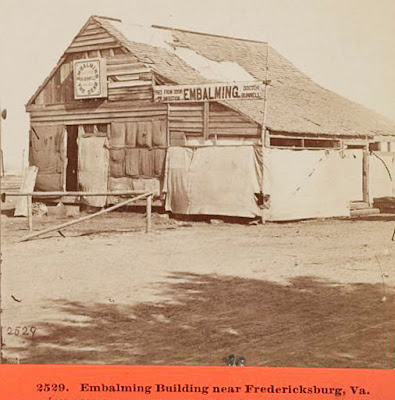 Funds were needed to pay for laborers to do the ghoulish work.
Grave markers were commissioned, originally of wood, 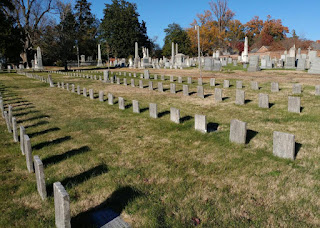 later of stone. In Fredericksburg various state organizations
contributed for the headstones, most of which are blank. 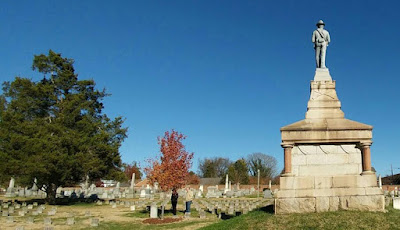 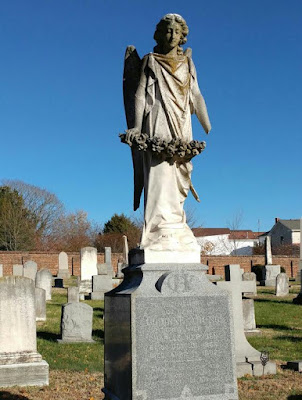 Women North and South used fundraising methods they had perfected during the War---fairs, bazaars, theatricals, meals, and quilt raffles. Below is one account of Appomatox, Virginia, women raising cemetery construction money using a "Confederate Album Quilt" (About which we know nothing more.) 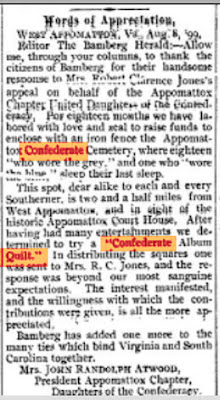 "For 18 months we have labored with love and zeal to raise funds to enclose with an iron fence the Appomatox Confederate Cemetery, where eight 'who wore the gray' and one who 'wore the blue' sleep their last sleep....After having had many entertainments we determined to try a 'Confederate Album Quilt.' " 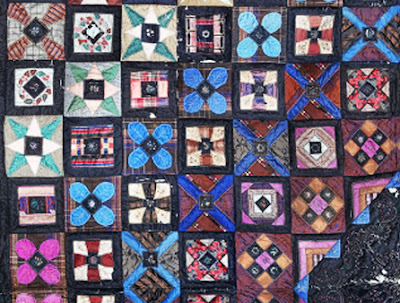 Detail: Silk quilt in the collection of the Museum of the American Civil War
and the Confederate White House

See a post about this quilt made to fund a memorial in Fayetteville, North Carolina.
http://civilwarquilts.blogspot.com/2014/07/maria-spears-quilt-fundraiser-for.html 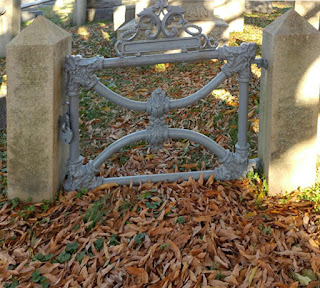 Thank you so much for this post. I was born in Petersburg, Virginia, and raised next to the shore of the Appomattox River in Colonial Heights. The rich Civil War history there is part of the fiber of my being. Most Civil War history is from the Yankee perspective, and I scour the internet hungry for anything Confederate. All your blogs are a virtual museum. I can't thank you enough.

You are very nice to say so, Kimberly. If anybody's history is untold it is southern women's.

I have just finished reading a wonderful book called "Ghosts of the Confederacy" - 'Defeat, the Lost Cause, and the Emergence of the New South', by Gaines M Foster. It is a very well researched book and there are many detailed stories of the memorialisation of the war dead, ritual activities and the efforts women made to raise money for monuments. Always enjoy your posts and the ongoing history you share, wonderful colour photos too this post, thankyou!

So interesting. Love seeing the "outfits" of the day too!

My sister lives in Fredericksburg, and I've been to that cemetery several times. Thanks for posting pictures!

What a beautiful cemetery! I will visit Virginia with a group of quilter's and visit Gettysburg with them. Maybe we can make a stop in Fredericksburg too!

Fredericksburg is fun. Shopping and lunching in the old town. There's a battlefield there too.