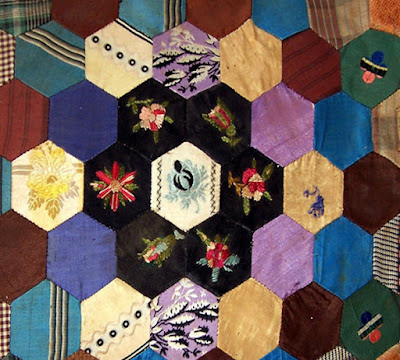 Correspondent "C." from Chester County, Pennsylvania, wrote an account of the twelfth annual Philadelphia Anti-Slavery Fair in 1847, held "as usual, on the 4th, 5th, 6th and 7th days of the week before Christmas,"

There was at least one quilt shown. 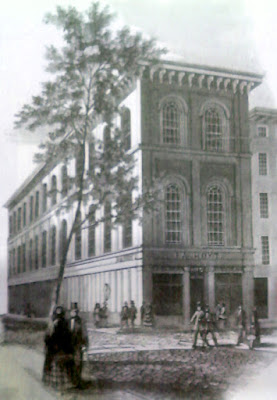 The Assembly Buildings on Chestnut Street, 1853

C. described many of the items shown in the Assembly Buildings: 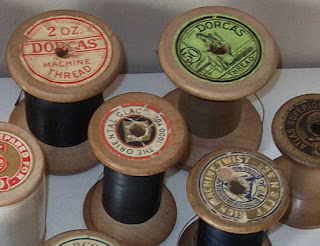 "There were for strict utilitarians, hose, handkerchiefs, caps, holders, socks, sewing cotton  &tc. (The authorized agents for the sale, in this country, of Dorcas spool cotton, a new manufacture, and of very superior kind, presented the Fair with one hundred dozens of it.)"

I've noticed lately that some of the donations to these ladies' bazaars were commercial goods from wholesalers or retailers---thread or fabric. But most were handmade items. 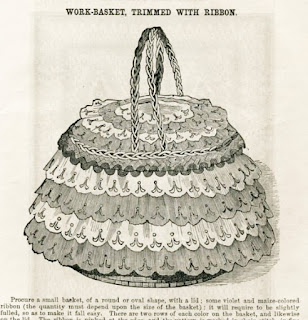 "Work baskets neatly lined with silk---the thousand and one varieties of bags and cushions. 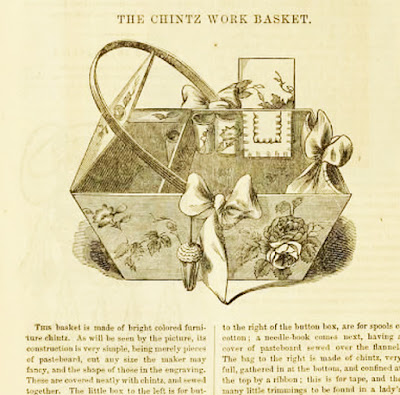 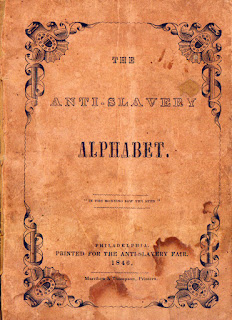 "A new supply of the Anti-Slavery Alphabet.... 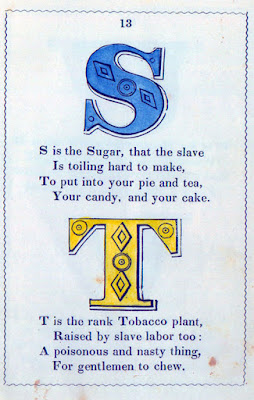 The Anti-Slavery Alphabet was a children's
book to teach the alphabet and slavery's evils at the same time,
printed first for the 1846 fair.

"Two copies of a Daguerreotype picture representing an a group the female members of the executive committee of the State Society. 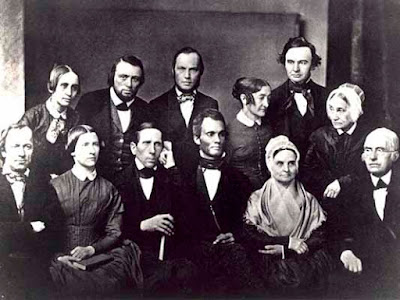 A photo taken in 1851 of both men and women in the Anti-Slavery Society.
Those two Daguerreotypes featuring the women might have been
your best investment at the 1847 fair.

"At the refreshment table: the disciples of Graham might find unleavened brown bread, and green corn boiled, uncooked fruits and cold water; while those of more 'liberal habits' might have their energies replenished with ice-cream, tea, coffee, chocolate, oysters lobsters,...rich cakes and confectionery, preserves and pickles.

(Now you know where Graham crackers come from.) 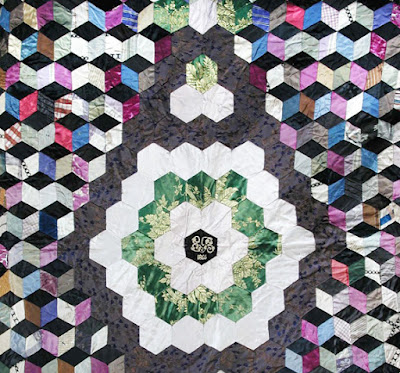 "The lovers of 'patch-work' would have been pleased with a counterpane that was there, the work of an elderly woman of color in the city. It was of hexagon figures, each of which would scarcely measure over an inch in diameter. The material was rich silk of beautiful dies (sic)." 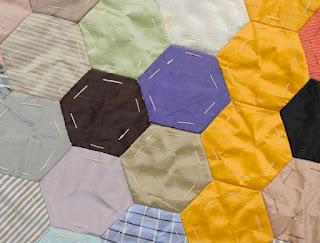 We don't know the quiltmaker's name or anymore about her quilt.
It must have been a sacrifice to give up such a quilt to be sold at a fair.
But the cause was a good cause. 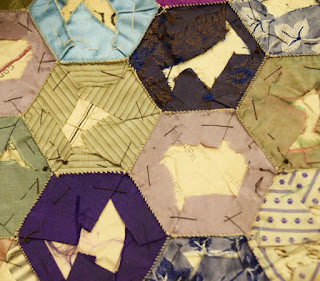 And this gives us an excuse to look at silk hexagon quilts. 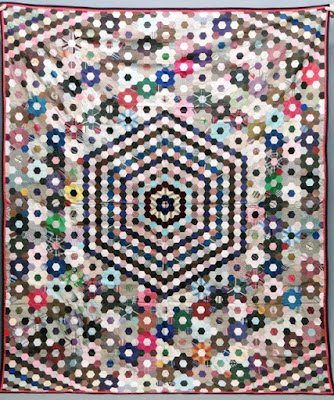 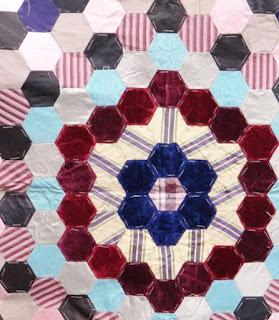 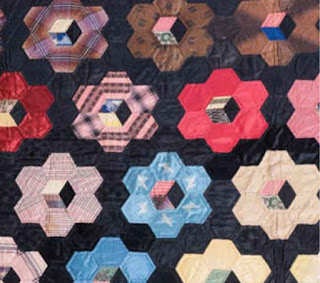 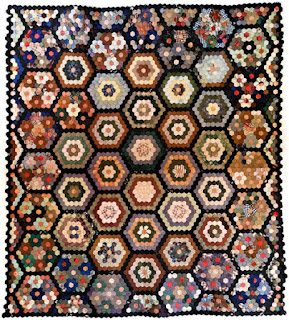 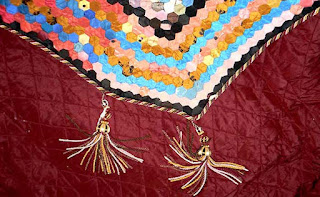 The article about the fair was in the Anti-Slavery Bugle, January 7, 1848.