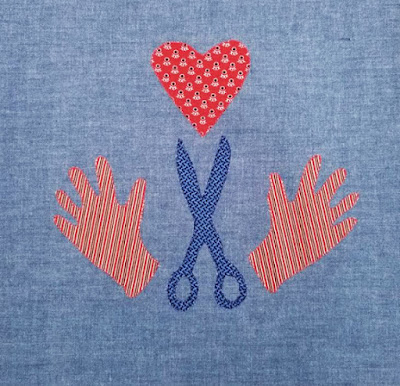 In 1863 the ladies of Canandaigua held a
Festival and sent the proceeds of $266.43 to the Sanitary Commission's
Women's Central office in New York City. 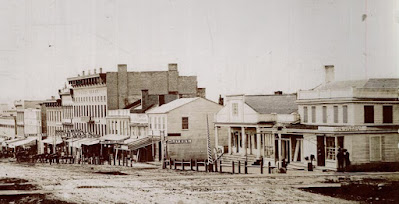 Canandaigua in 1860
We know quite a bit about Civil War life in Canandaigua thanks to Carrie Richards who kept a diary during those years. 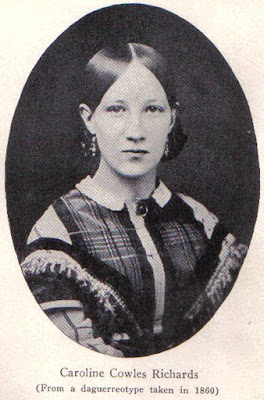 Carrie and her young friends converted their charitable sewing society into the Young Ladies' Aid Society to support the Sanitary Commission (Their elders had their own society).

"We are going to sew for [the soldiers] in our society and get the garments all cut from the older ladies society. They work every day in one of the rooms of the court house and cut out garments and make them and scrape lint and roll up bandages. They say they will provide us with all the garments we will make. We are going to write notes and enclose them in the garments to cheer up the soldier boys." 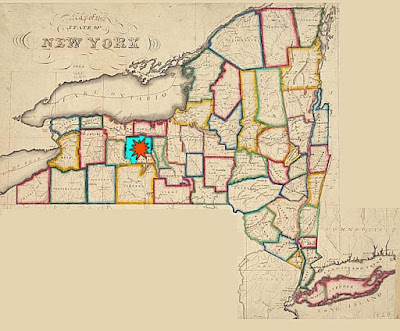 Canandaigua is in Ontario County in the Fingerlakes Region. 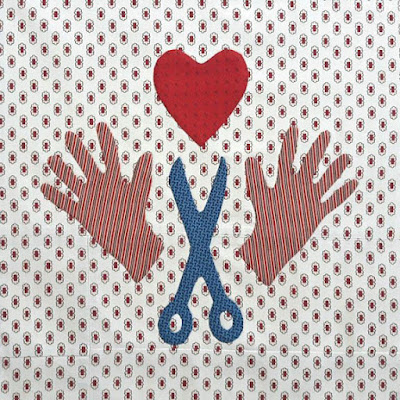 "In one year's time we made in our society 133 pairs of drawers, 101 shirts, 4 pairs socks for soldiers, and 54 garments for the families of soldiers."
"Most of us wrote notes [to] put inside the garments for the soldiers in the hospitals. Sarah Gibson Howell has had an answer to her letter. His name is Foster — a Major. She expects him to come and see her soon."

Carrie's friend Gippie Howell (1842-1897) married Major Benjamin Brown Foster from Maine about a year after she began writing him. Many romances began with a soldier writing a thank you letter for a quilt or hand-knitted socks.

"The girls in our society say that if any of the members do send a soldier to the war they shall have a flag bed quilt, made by the society, and have the girls' names on the stars." 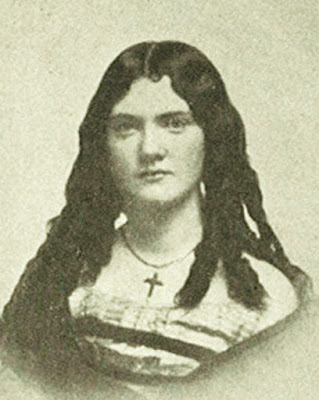 Abigail Stanley Clark Williams (1843-1902)
Canandaigua's Young Ladies' sewing society was good as their word, presenting Abbie with a flag quilt after the war. The stars are inked with the names of her friends including Carrie Richards. 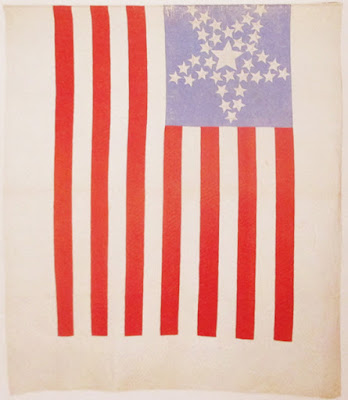 Abbie's quilt is now in the collection of the
Ontario County Historical Society.
The Block 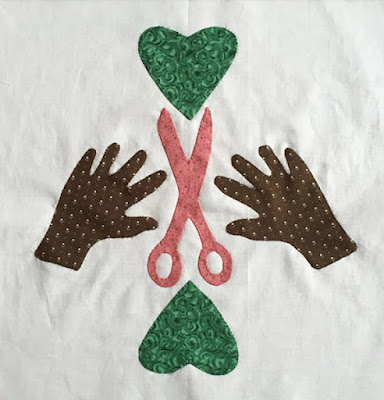 Scissors by Barbara Schaffer
Barbara fit 2 hearts into her block.
New Yorkers included many tools in their album quilt designs including
the seamstress's tool, a pair of scissors. 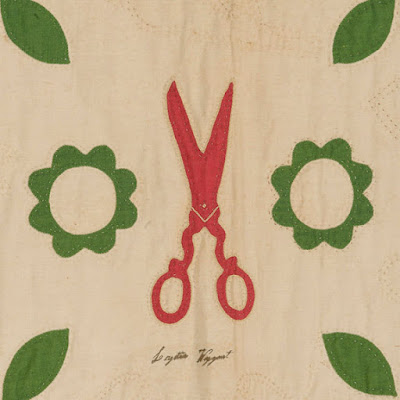 Lydia Wygant's (?)  scissors is quite detailed in Mary Zabriskie Vanderbeck's
1865 album in the Winterthur Museum collection 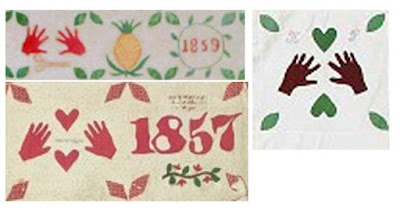 Hearts & hands were also a popular image, sometimes pictured with a scissors. 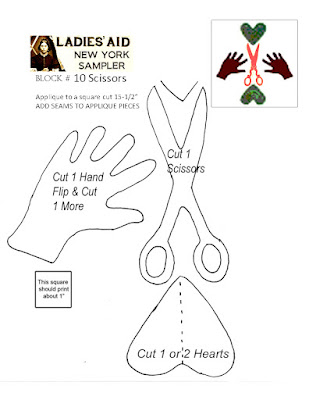 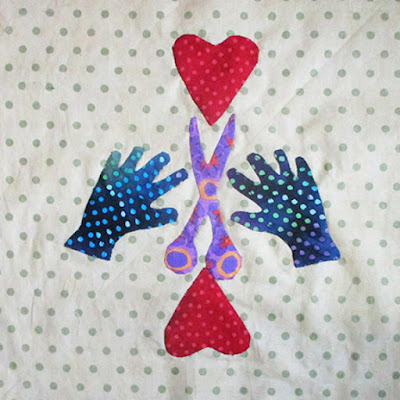 Fussy cutting beats reverse applique in my playbook.
Posted by Barbara Brackman at 6:00 AM

I need to get started on this one. I have been working on a squirrel block for the quilt. Will there be an Applique BOM in 2022?