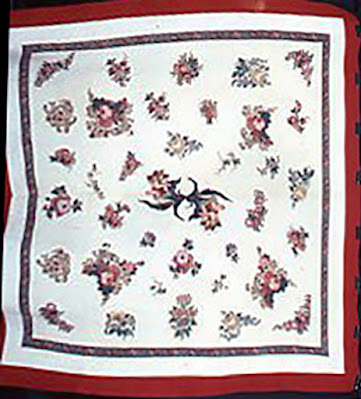 The South Carolina project recorded this chintz applique quilt with a Civil War story. Family stories recall that Harriet Katherine Kennedy Steele (1818-1908) did the applique during and shortly after the war using, "Scraps saved when Sherman marched through Columbia."
https://quiltindex.org//view/?type=fullrec&kid=53-155-2434 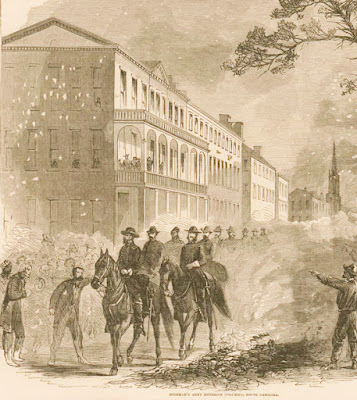 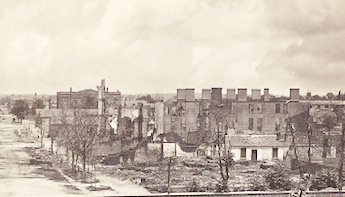 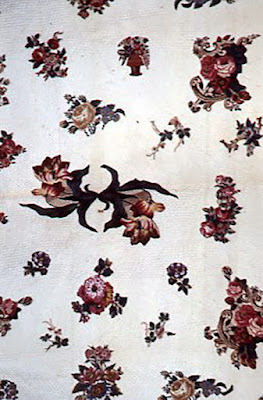 These small floral chintzes may have been
the only fabrics that Harriet had to work with.
Her quilt is classic chintz-applique style, florals trimmed and arranged with a central focus, in this case a pair of large tulips. The family member referred to them as "Oil Calico from England" but a better description might be "Furniture chintz." The quilt's center
We tend to date these appliqued quilts as "about 1820 to 1870," so
Harriet's may be a late example, rather old fashioned in 1866 & '67 but
then again Harriet was almost fifty at the close of the war. 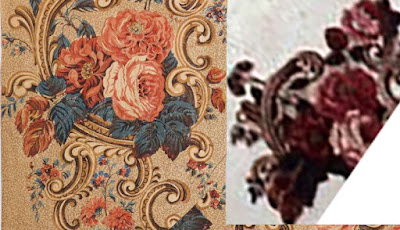 Border from a quilt in the American Museum in Bath 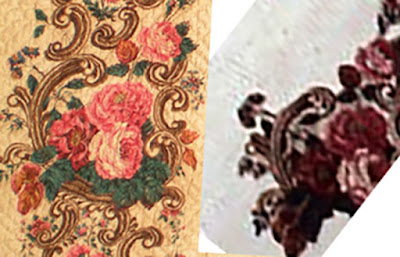 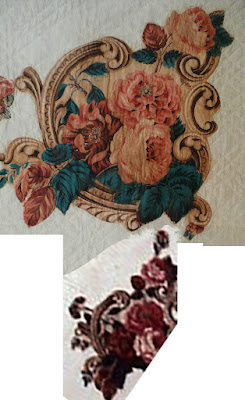 Motif from the Poos Collection. 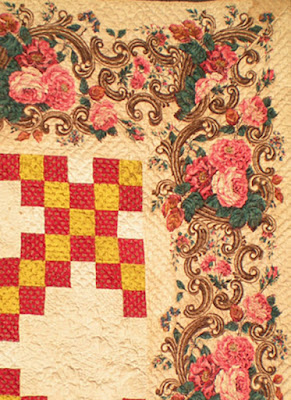 The border in Julie Silber's Irish Chain shows the fabric repeat.
Obviously the rose and scroll stripe was abundant---
although certainly not in South Carolina at the end of the war
where nothing but misery was abundant.
A cursory look around the genealogical internet doesn't pinpoint our quiltmaker Harriet Catherine Kennedy Steele. The descendant who brought in the quilt said her father was James A. Kennedy born in Georgia and that Harriet's nickname was Noutrel.

Her husband may also have been James. A Harriet Katherine Kennedy (born May 9, 1817 in Virginia) wed James Steele on December 2, 1843 in Fairfield County, South Carolina.
Here's an interesting census record from 1850 listing James A. Kennedy and his wife Mary in Richland County where Columbia is. But they are too young to be Harriet's parents, perhaps a brother and his wife. Next door is Harriet K. Steele, 30 (thus born about 1820.) Is this her, possibly living with  brother Thomas W.? As is often the case in looking at people associated with fancy chintz quilts we find that both James and Thomas Kennedy were merchants.

Kennedy's Store was a Camden fixture in Richland County. 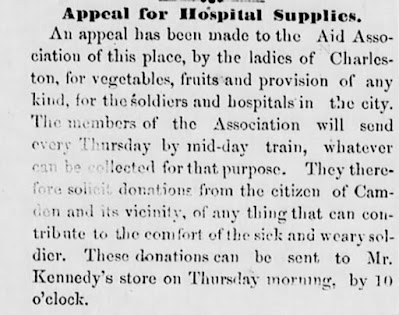 1864 Camden Tri-Weekly Journal
Did Harriet start this quilt at the close of the Civil War? Or could it have been begun around the time of an 1843 wedding when the style was current? Perhaps it was finished after the war when borders of bright red were popular.
Posted by Barbara Brackman at 6:00 AM