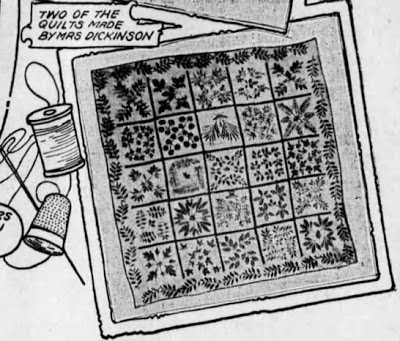 In the summer of 1862 Sarah Marie Carpenter married George W. Dickinson. Both were 19 years old. 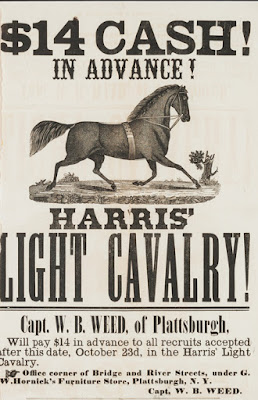 Within a month her husband was off to war, shortly to be shot in the lungs. The bullet worked its way out to become a souvenir but he suffered periodic hemorrhages the rest of his long life, which he attributed to the wound. 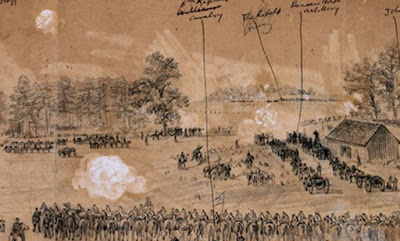 Albert Waud's drawing of the Battle of Hanover Court House
May 27, 1862. Library of Congress

George was son of Elbert or Albert and Susan Dove Dickinson, born March 10, 1843. Several stories about George's war experiences survive in newspaper articles but any follow up leads to dead ends. He was either wounded at Hanover Court House or Bull Run, captured at Panwankie River (?) towards the end of the war when he was held ten days in Libby Prison in Richmond, Virginia. 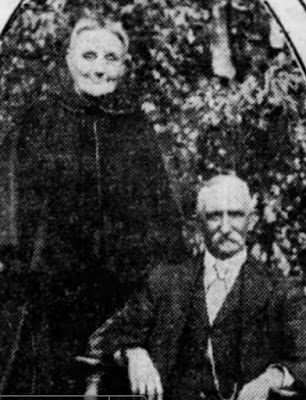 Sarah and George in 1909 when they were in their sixties.

Twentieth-century newspaper articles and old Civil War veterans may have been confused about places and dates, exaggerating scars and exploits.

Sarah's parents were Jackson and Sarah Craft Carpenter of Sea Cliff on Long Island's Northern shore, families descended from mid-18th-century settlers. She and George had four children, two boys John & Daniel, and two girls Annie Conrad Abbott and Susan Dickinson Conrad. Towards the end of the 20th century, George obtained a job as caretaker at an estate owned by Charles M. Pratt, a Standard Oil heir who built a family compound and gardens in Glen Cove a few miles east of Oyster Bay. 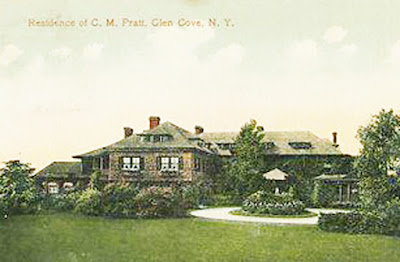 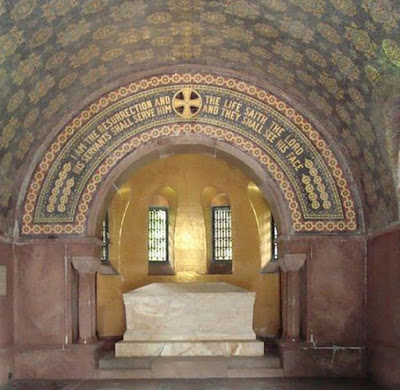 Sarah and George are recorded in the 1900 census as living with their grown sons. George at 57 is a "Starch Packer," John an "Oil Maker" and Daniel a "Plumber." 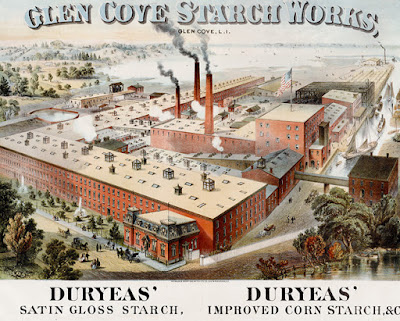 George probably worked at the Duryea Corn Starch Manufacturing Company in Glen Cove in addition to being the Pratt's groundskeeper. The family was living in a cottage on the Pratt estate, where they spent their last decades. George and Sarah died within a few weeks of each other in 1933. 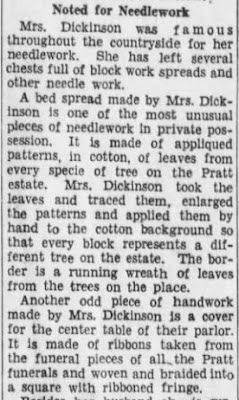 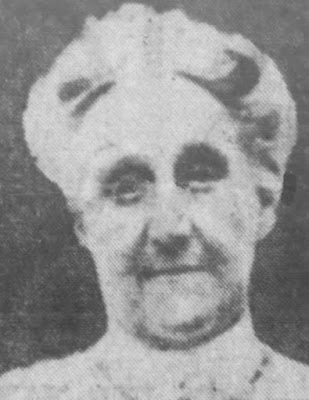 Sarah's obituary tells us she was noted for her needlework, famous throughout the countryside for "block work spreads," including a bed spread of appliqued leaves drawn from "every specie of tree on the Pratt estate."  Her sampler quilt was pictured in a 1909 article in the Brooklyn Eagle. 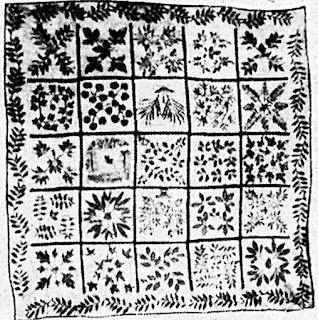 Quilt with 25 appliqued blocks in the style of
sampler quilt New Yorkers were quite fond of
during the 1850-1900 years. One might guess it was
made before 1870 and that the sashing strips are Turkey red. 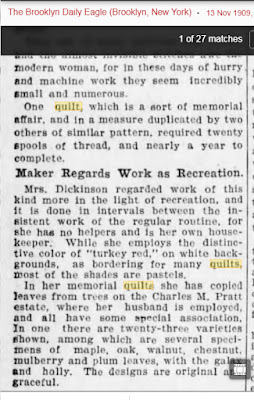 The 1909 Brooklyn Eagle article focused on Sarah's needlework of which she had many examples stashed away in the cottage.

The appliqued leaf quilt was described as "a sort of memorial affair" and she may have had two similar quilts. Turkey red was mentioned as a theme. The pictured quilt is supposed to have been inspired by the trees on the Pratt estate, which wasn't built until the 1890s. "The border is a running wreath of leaves from the trees on the place." The story of this applique sampler seems no more accurate than George's battlefield history from Bull Run to Gettysburg but newspaper features back then were not supposed to be accurate. Entertainment was the goal, as was nostalgia. 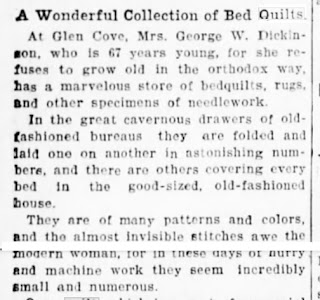 Bedquilts in "great cavernous drawers of old-fashioned bureaus...."
How many "block-work spreads" did she have in there?

George was probably captured near the Pamunkey River in eastern Virginia.