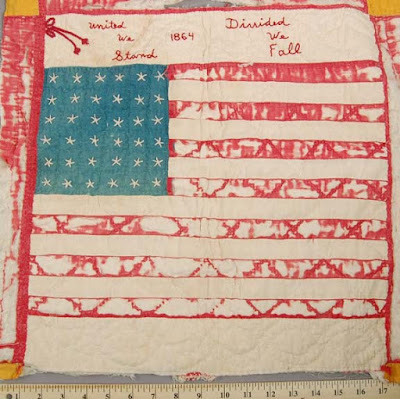 Years ago I saw this tattered quilt in an online auction 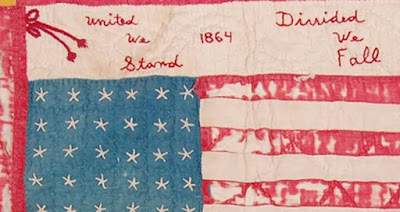 1864 with a Union sentiment embroidered in red thread. 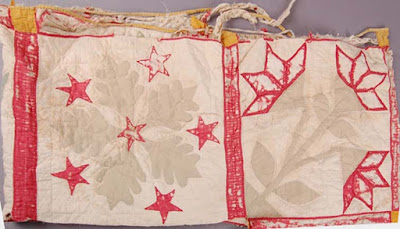 It was in terrible shape; the turkey red sashing had disintegrated so badly
that the blocks fell apart, which makes me wonder if it was quilted and bound
block-by-block, what we call a pot holder quilt. 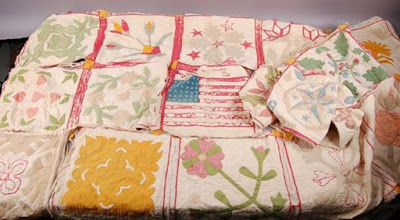 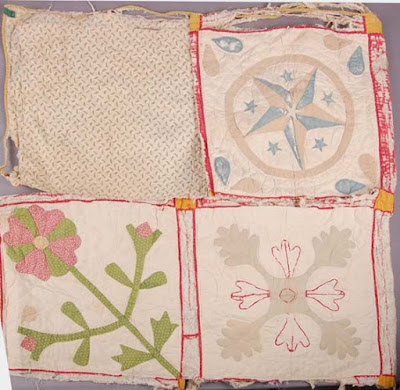 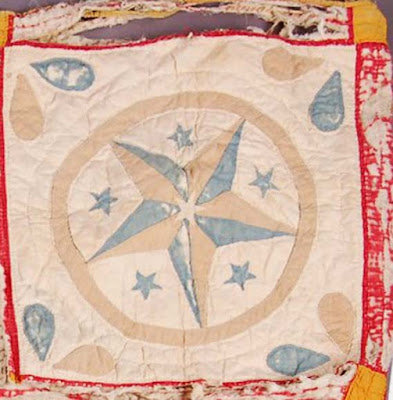 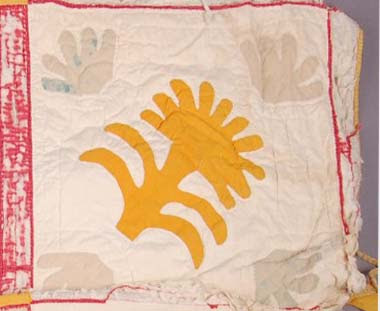 Several of the tan fabrics were probably Prussian blue at one time,
but laundry detergent discharges the color and you wind up with a dun color. 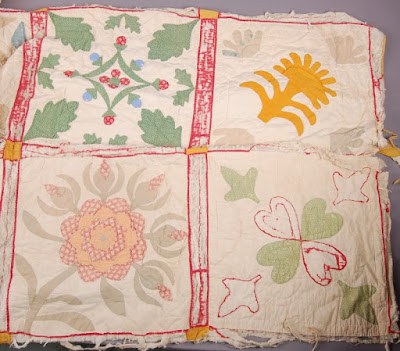 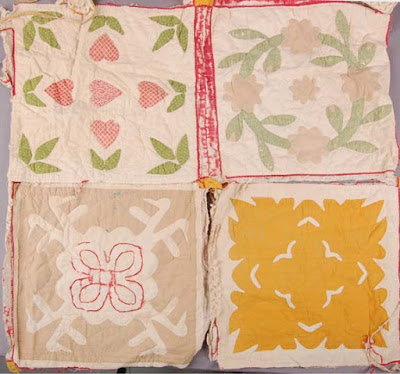 It has much in common with patriotic samplers from New Jersey and New York in the 1860s.... 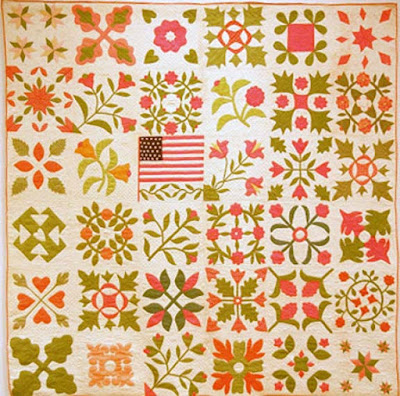 such as this sampler made the same year. It's associated with
Mary Nevius Potter, wife of Sering Potter owner of the mill at Pottersville, New Jersey.
See her grave here:
https://www.findagrave.com/memorial/80028805/mary-e-potter

I LIKE it! tattered and old, it is still beautiful!