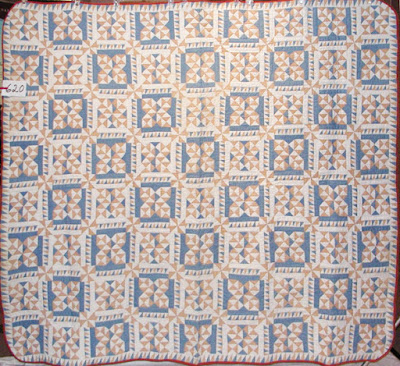 The Arizona project recorded this quilt with many triangles. 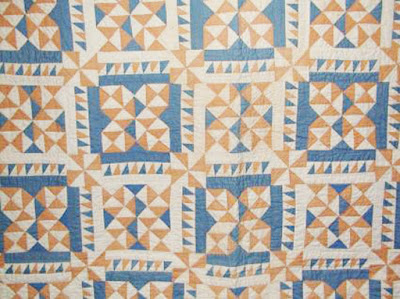 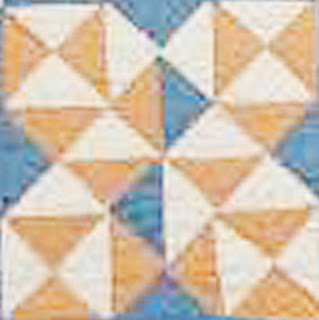 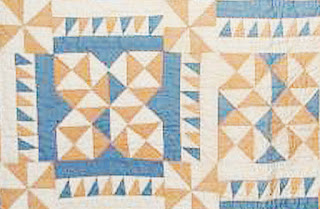 The tans probably were once red:
a red, white and blue patriotic piece.
Quilt Index
http://www.quiltindex.org/fulldisplay.php?kid=67-EC-1430

Sylvester H. Read was born in Massachusetts, eldest son of a shoemaker with the wonderful name of Resolved Reed. He grew up in New York, lived a good deal of his life in Knox County, Ohio but continued moving west, settling in Illinois, Iowa and finally in Custer County, Nebraska where the quilt was made.

During the Civil War he enlisted in the 15th Regiment of Ohio Volunteers in August of 1861 and was taken prisoner at the Battle of Chickamaugua in September, 1863. His wife Mary S. Davis Read (1836-1923) was raising their three small children at the time. He survived the prison and the war. 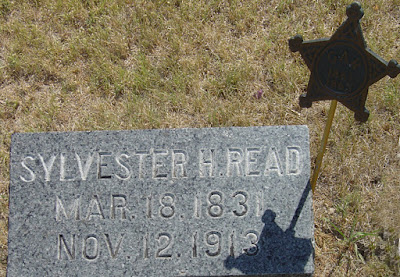 His grave is marked with a G.A.R. veteran's star. He received a pension
and was a charter member of
Custer County's Samuel Rice G.A.R. post.

After the war, the Reads went west. The 1870 census finds the family with five children in Troy, Iowa where Sylvester is working as a carpenter. The children were born in Ohio and Illinois. S.H. Read is recorded as one of the early settlers of Custer County, Nebraska, arriving in Merna from Clarke County, Iowa in the early 1880s. Several if not all of his children also settled near Merna (which is about 60 miles northeast of North Platte. Undoubtedly they were homesteaders looking to prosper as farmers . 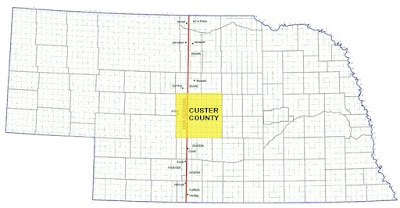 Custer County is right in the middle of Nebraska. The 100th Meridian
runs through the county. On the east side of that line---rain enough to farm with
19th century technology; on the other..... 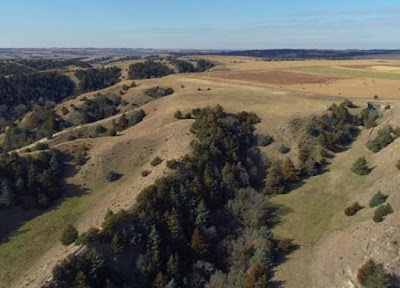 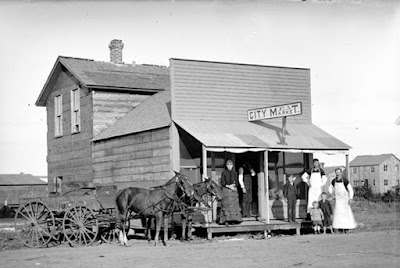 The quilt descended in the family through their daughter Leila Thomas (1857 - 1932) with the story that it was made in Nebraska by Sylvester as one of a pair. The other was sent as an inauguration gift to President William McKinley in 1897. The family noted that he began to make quilts for income when he could no longer work on the farm.

We'd like to know more about Sylvester Read's quiltmaking business but information is scarce. Information about Custer County, however, is abundant mainly because one of Sylvester's neighbors was Solomon Butcher, a fellow homesteader who decided to become a photographer instead of a farmer. 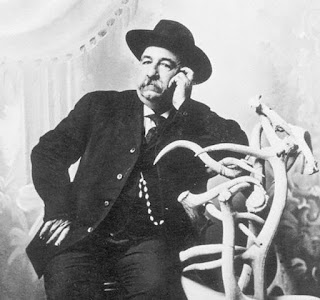 Photography didn't pay either so Butcher spent his time recording his neighbors. His iconic photographs of Custer County and its sod houses are in the Nebraska Historical Society, familiar to everyone with an interest in the American West. 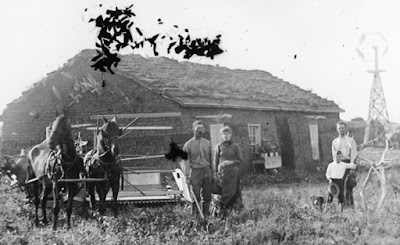 Butcher shot several photos of Sylvester's daughter Leila & her husband Frank Thomas. This negative is damaged but a detail reveals her plants outside the door, their dog with perhaps their son and his Uncle. 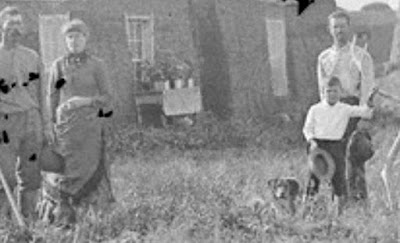 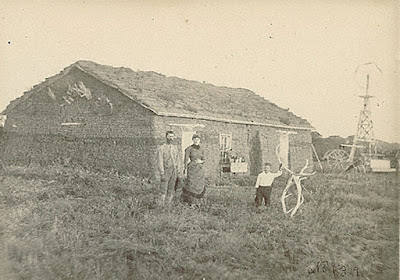 Second shot on the same day. 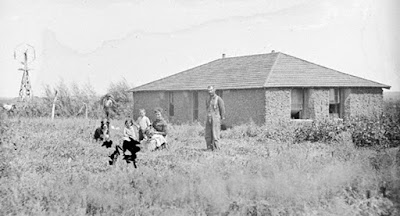 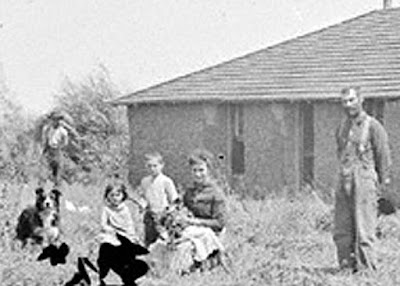 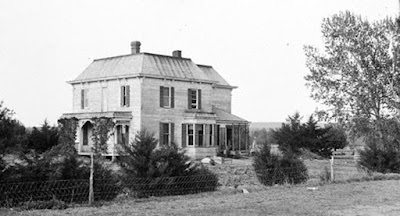 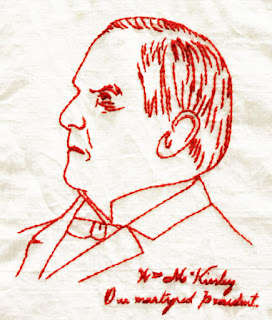 While many quilts were made for and in memory of William
McKinley, I could find no record of Sylvester Read's.

Very interesting documentary! I hope you can find more on Sylvester. He had quite a life.

This is quite fascinating. I am an Ohioan, and Knox County is very near to our "Amish Country" - with which you are likely familiar. It doesn't appear that Sylvester is Amish, but perhaps his quilt making could be connected to their influence. I hope you are able to learn more about him.

This was very interesting. My husband's grandfather homesteaded near Merna in the 1880s, raising two nephews and a niece. He left the homestead to the nephews, and moved closer to Broken Bow about 1900, when he then took a bride and raised a family of five children. Enjoyed the story and the pictures.

I hope you can find more on Sylvester. He had quite a life.