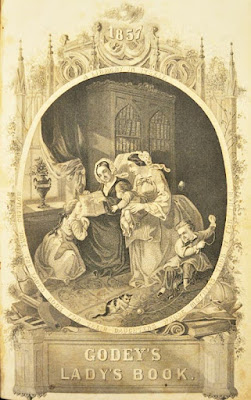 Mrs. E.C. Davis of St Joseph, Missouri won a prize with a silk quilt in the Buchanan County Fair in 1854. "The design of this quilt was the 'American Confederacy,' as represented in its constellation of stars, the States of the Union. Its pattern was after the style of quilted and knotted work. (See Godey for September.)"

This is a description of a quilt named American Confederacy seven years before the Civil War but Mrs. Davis must have been referring to the Union rather than the seceded states. Her quilt seems to have been stars representing the 33 states of the Union (Kansas, soon to be the 34th, had just been opened for Territorial settlement near St. Joseph.)

Her husband may have been a Dr. E.C. Davis who seems to have lived in various Missouri counties in the second half of the 19th century. 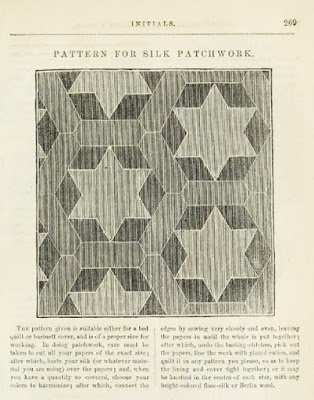 The reference to Godey's must be to this pattern published
in the September, 1854 issue of Godey's Lady's Book
(from the Internet Archive which has many issues online.) 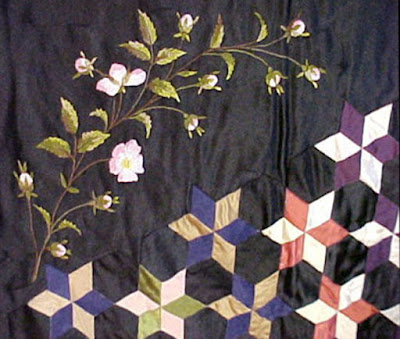 We can assume the quilt was a silk star mosaic something like this, a style popular at the time. Perhaps the names of the states were embroidered in the stars. 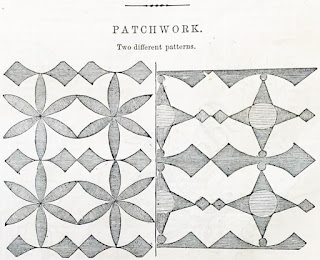 Godey's was quite influential at the time but not so much in the world of patchwork. Their patterns were often rather odd, undoubtedly meant to be pieced over papers. Nobody seems to have ever done so on the patterns above. 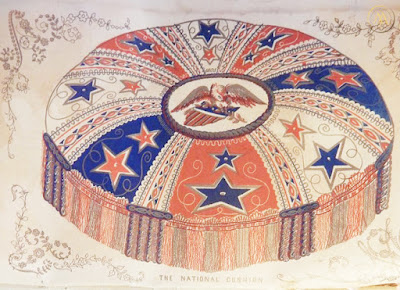 They published all kinds of needlework including this
"National Cushion" in 1858. 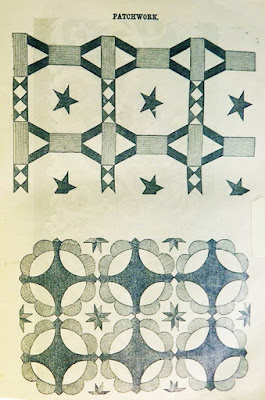 1858
Two applique designs. The lower one
a variation of Caesar's Crown, which was
often made---but how were those stars supposed to fit in there? 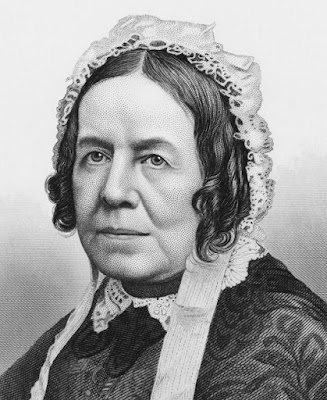 Editor Sarah Josepha Hale was fond of stars and as the war approached published some Union ornaments. A fierce Unionist, I'd guess she didn't know much about sewing patchwork. Her other needlework patterns look more practical. 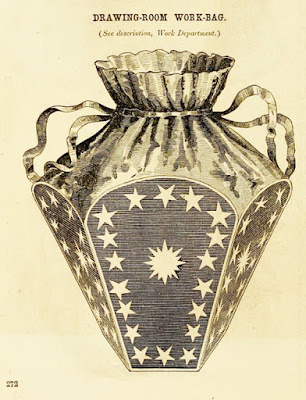 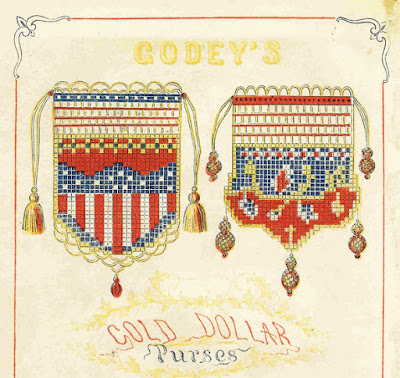 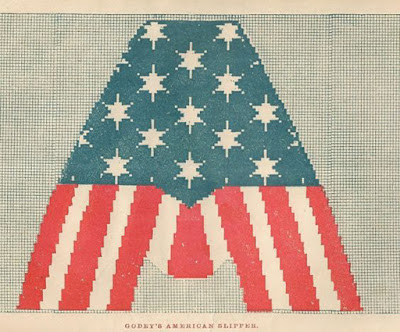 Godey's American Slipper
Berlinwork slippers (needlepoint) were a popular
gift at the time. 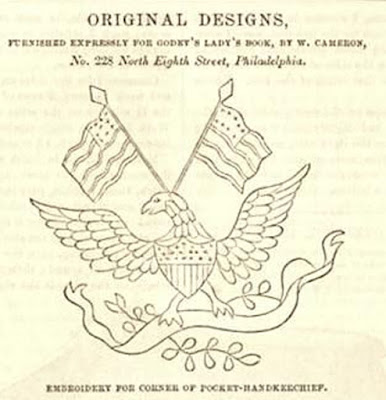 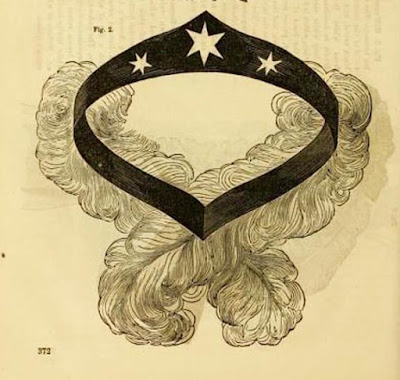 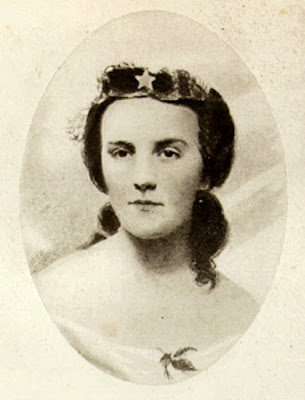 Louise Wigfall is wearing a similar hair ornament
in this Civil-War-era portrait. 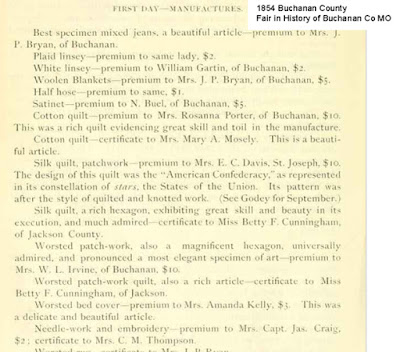 The rest of the account of the 1854 Missouri fair,
more description than one usually finds.