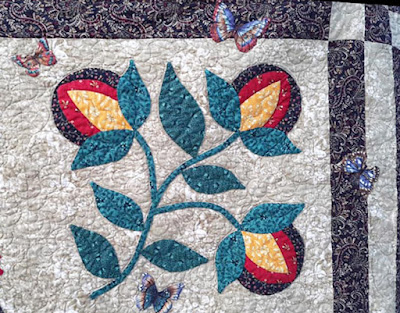 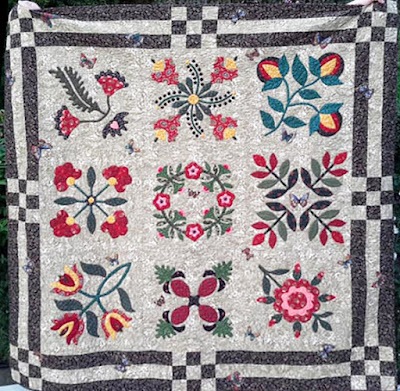 This former art teacher/blogger is pleased to see how creative
stitchers have been in choosing colors, fabrics and borders
to make each version unique. 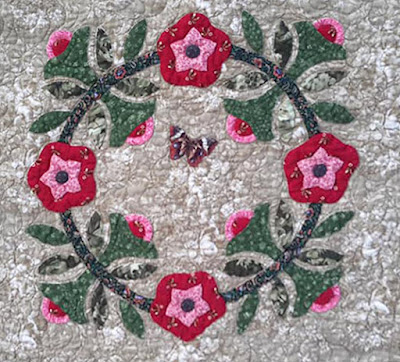 Charlotte seems to have taken a tip from chintz quiltmakers of
the early 19th century in scattering butterflies.

Her use of a medium gray patterned background offered a challenge in finding fabric to contrast, I'm sure. I tend to use very dark or very light backgrounds because it's easier to get the florals (particularly the greenery) to show. Charlotte did a great job. 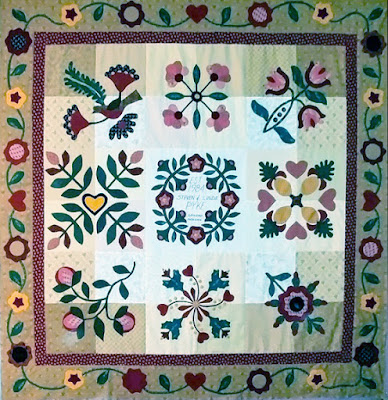 Linda Pyke's anniversary quilt also shows clever planning in the backgrounds. The color's off in this photo but you get an idea. She used a four-patch behind the applique, but rather than random
light squares she arranged them to create a lighter glow in the center. She also filled up some of the pattern's empty spaces with hearts, dots & birds.

She writes that she, "Once used a cheetah fabric for a background. As long as you have contrast between the background and the applique or pieced block you're good." 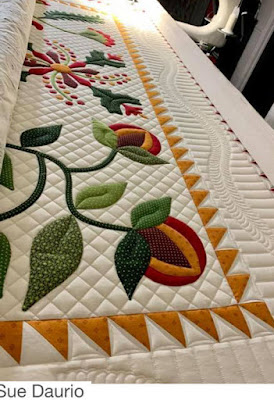 Sue sent Mark Lauer a picture of his beauty in the classic colors on white in the machine. 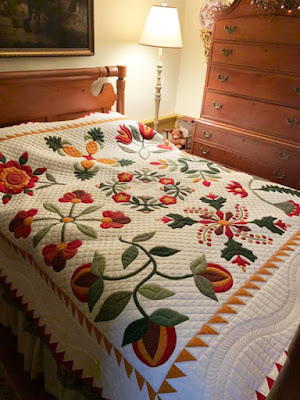 And here it is finished and on the bed. Beautiful! 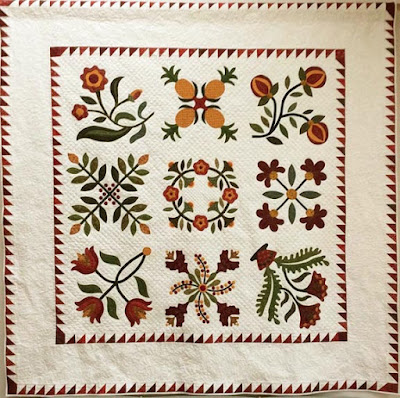 Lois Griffith's has the same traditional look as Mark's. She added shapes
and altered blocks and quilted it on her regular machine. 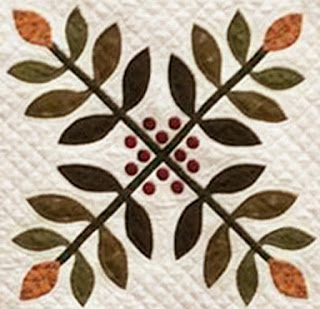 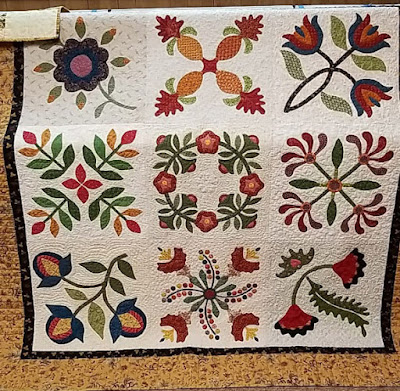 Randi Merlau's, also with a pieced border is quilted, bound and labeled. 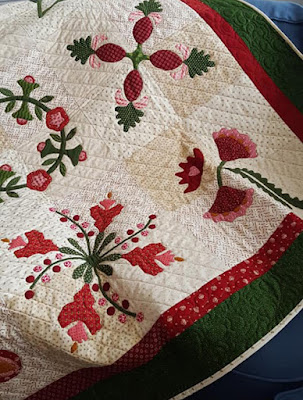 Peggy Sandfort's with it's four-patch background is back from the longarmer.

They are all gorgeous! Thanks for sharing them.

These are so beautiful! I love those butterflies added to the first quilt.