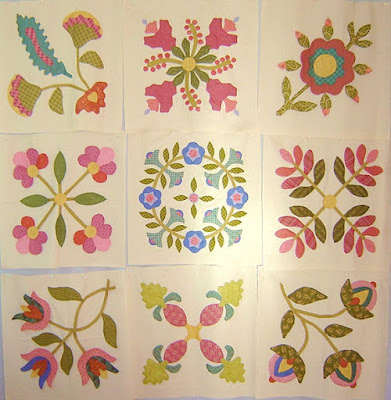 Jeanne Arnieri's beautiful blocks for Hospital Sketches
The 2019 Block of the Month
What will she think of next year?

We've been alternating pieced and appliqued quilts here for the Civil War Quilts Blocks of the Month, every other year. For 2020, however we are going to have two series, one pieced and one appliqued: Applique on the last Wednesday of the month;  pieced on the second Wednesday.

I usually focus my reading on a topic every year; last year I decided to read about South Carolina and the causes of the Civil War. Both series grew out of that reading.

The pieced BOM will be called Yankee Notions---Twelve traditional pieced blocks with monthly stories about two kinds of Yankee Notions: 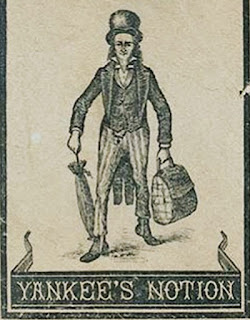 The word notion has long meant an idea—-perhaps an idea that appears a little wild to the observer. Elite Southerners viewed New Englanders and New Yorkers with their foreign notions as threatening their aristocratic way of life. The two societies encountered each other in commercial business, for example city merchants or rural peddlers who sold small manufactured goods not made in the South before the Civil War. Somehow these small goods also became known as Yankee Notions. 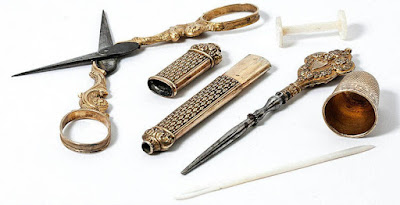 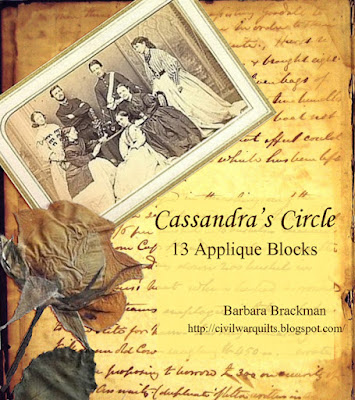 The appliqued series will be Cassandra's Circle, thirteen appliqued blocks with stories about the women at the heart of Confederate power during the Civil War, viewed through Mary Boykin Chesnut's memories. 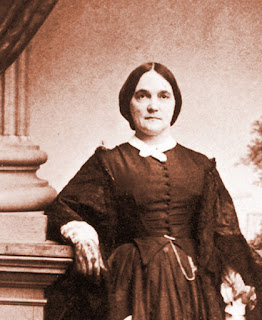 See more about the applique series at this post a few weeks ago:
https://civilwarquilts.blogspot.com/2019/09/applique-bom-next-year.html

Applique blocks will be 18" so you can use them with the 18" blocks from Hospital Sketches. That could be useful if you didn't have time to do all nine blocks this year.


The patterns are free here every month but you'll be able to buy patterns in my Etsy store and we will have Facebook groups too. I'll keep you posted here.

Thanks -- this BOM was a joy for me! I should get my sashing done by the end of the month. And TWO next year: ohohoh, I'm going to be busy :)

"Yankee Notions" - I have never heard that term before, but I love it!

As a Yankee and a piecer, I'm looking forward to the BOMs.

I think its time for me to join in on this, as I haven't done one of your BOMs since the Civil War Sampler from 2014.
Pieced for me, please. Looking forward to it!

Always enjoy your BOMs even when I’m not stitching - the time is right and I’m ready to jump in with Yankee Notions!

I’m so grateful that you are doing a pieced block of the month. Thank you very much!! I will continue to use your Ladies Album. I’m so happy!

Looking forward to both the pieced and appliqued BOM's and of course the history stories are the icing on the cake. Thanks Barbara

uhoh! I better get back to making more Stars In a Time Warp and get that top together! Looking forward to whatever you challenge us with next, plus the history lesson. The older I get, the more I enjoy history! Thank you for helping to feed me that way.

Learning about the Civil War has always fascinated me, even as a child. But to learn about the quilting of that era, just brings it all full circle. I grew up in Central New York but have lived in South Carolina, close to where Mary Boykin Chestnut wrote her diary. I just asked a friend if I could borrow their copy of the book of her diary. I'm so excited to hear of a pieced and applique BOM and encompassing so many aspects of me. Thank you for having this blog and sharing all that you have learned and continue to learn about the history of quilting during the Civil War.

I'm ready for Yankee Notions! Not sure I'll finish these Dare Devil blocks, so maybe I'll continue the same color scheme. Hmmmmm. Let the planning and re-planning and changing my mind begin!

I can't wait! Looking forward to maybe doing both

looking at doing Cassandra's circle. has the first block been posted yet