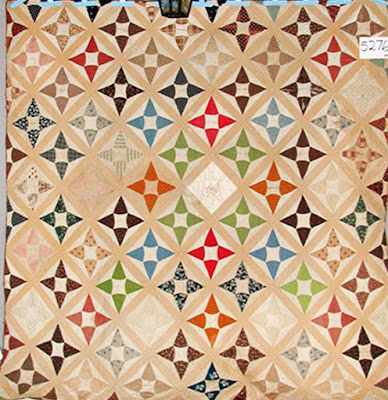 Signature Quilt with an antislavery message, about 1848,
in the collection of the Royall House.
From the Massachusetts Project & the Quilt Index. 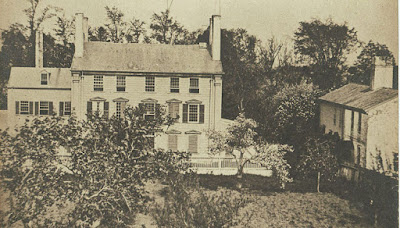 The Royall House & Slave Quarters is a Massachusetts museum with restored colonial era buildings including the only surviving slave quarters in the northern states (I'm always doubtful about words like "only" and "first".)

Isaac Royall was a Maine merchant with plantations in the West Indies (the Caribbean) who built a mansion in what is now Medford, Massachusetts, in the mid-18th century, described as "one of the grandest in North America.” 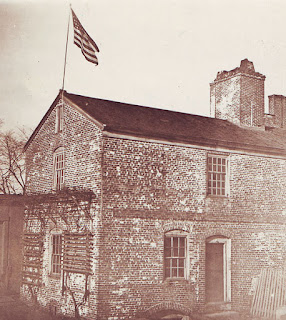 The two-story brick dormitory for slaves who were
brought from the Caribbean.

At least 27 enslaved people worked on the estate. After his father's death Isaac II, a British loyalist, abandoned the colonies and the home when the Revolutionary war began. The slaves became free people by default.

The museum is open to visitors in the summer.
http://www.royallhouse.org/ 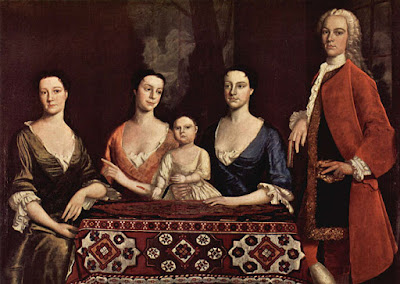 Like many historic houses the museum has a rather random collection of old quilts that have been donated over the past century. Small museums rarely kept detailed acquisition notes and a collecting focus was unusual until recent decades. Whether any of the quilts have a connection to anyone who lived in the house is unknown. 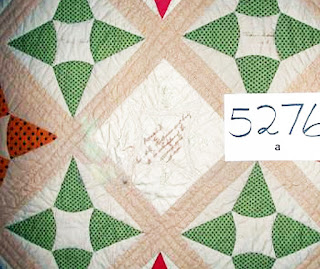 The notes in the Quilt Index indicate this
quilt has an antislavery message. 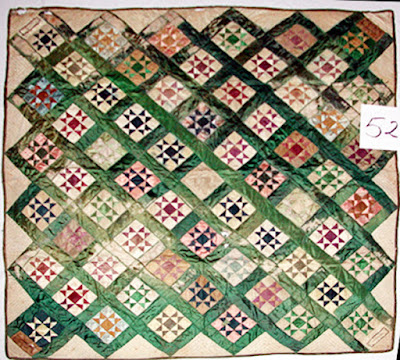 Mid-19th-century silk quilt.
Notes in the Quilt Index indicate a poem in
the center. 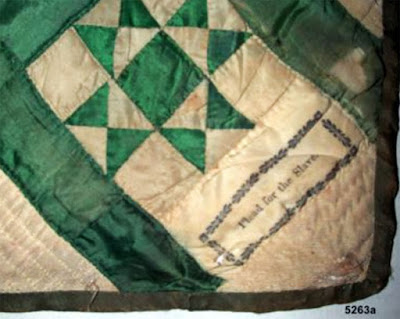 In the corners a detail photo reveals a printed silk:
"Plead for the Slave."

You can view all the quilts in a museum collection if they are in the Quilt Index by searching by museum name. Here's a link to the quilts recorded at the Royall House.
http://www.quiltindex.org/search_results.php?page=1&page10=0&keywords=royall&search=go

What color do you think the sashing in the first quilt is? It looks like one of those faded dull browns. I really like the setting though. The painting is very unusual when you look at it closely.

Robin. In looking at the closeup of the first quilt I wonder if it's not a chrome yellow print, which have a tendency to lose color like the stain in that photo. It doesn't look very vibrant in the photo but it does look a lot like some of the pictures in this post: