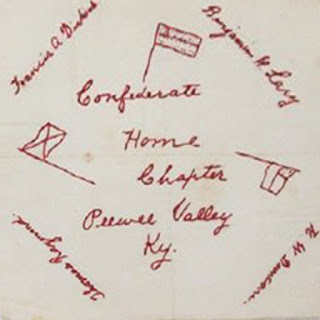 The Kentucky Historical Society has 20 embroidered blocks
meant to be stitched into a redwork quilt. 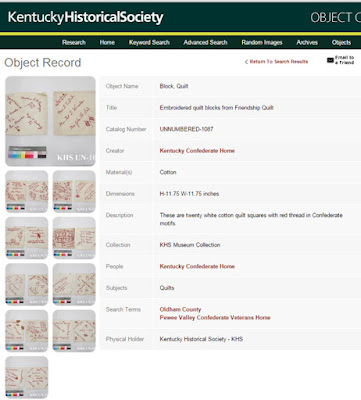 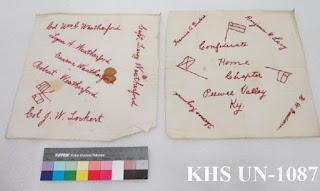 The blocks are associated with the Kentucky Confederate Home
in Pewee Valley, near Louisville. 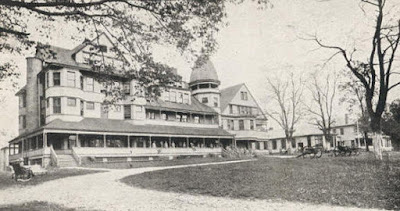 The building was once a resort, the Villa Ridge Inn

Although Kentucky was a Union state there were enough aging Confederate veterans living there during the early 20th century to warrant converting a hotel into the Kentucky Confederate Home. 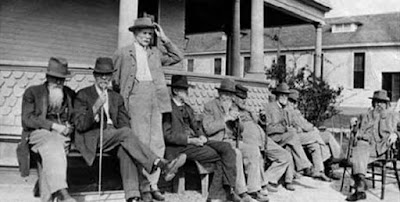 The home served several hundred veterans from its creation in 1902
until it closed in 1934. 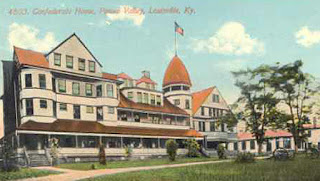 Much of the structure was destroyed in a 1920 fire
but the remains of the building continued to house the men for 14 years. 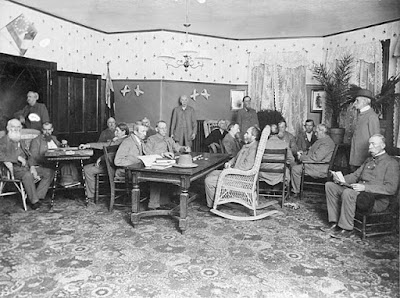 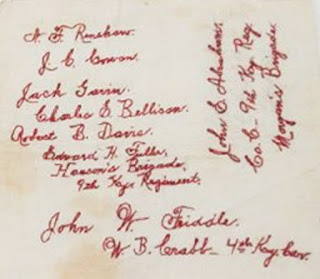 The women of the United Daughters of the Confederacy supported the home with donations.These blocks might have been intended as a fundraiser. They are undated but must have been made between 1902 and 1934, most likely before 1925 during the fashion for Turkey red embroidered signature quilts. Or perhaps as a fundraiser when the home burned. 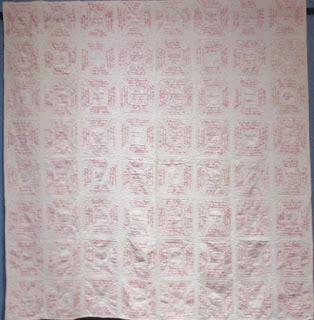 The intent might have been a redwork signature quilt like this one from the Godfrey Post of the GAR in Pasadena, California made in the teens. This one was displayed at the Pasadena History Museum last summer. 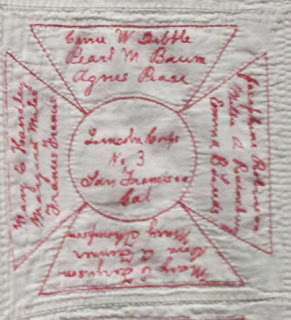 Donors often paid a dime or quarter to get their name embroidered
and then the quilt was raffled to raise additional money.

Nothing is now left of the Kentucky Confederate Home but the gate and the cemetery. 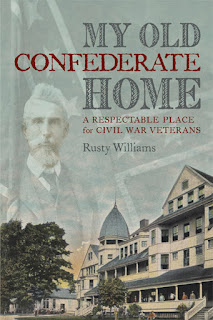 Read about the home in My Old Confederate Home by Rusty Williams from the University of Kentucky Press:
http://www.kentuckypress.com/live/title_detail.php?titleid=2420#.VdCB_vlVhBc

Williams also has a website on the topic:
http://myoldconfederatehome.blogspot.com/ 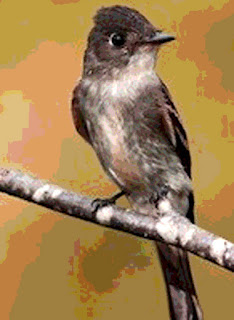 And in case you were wondering where
the wonderful name of Pewee Valley came from---
the Eastern Pewee bird.