The Problems with Ladies' Fairs 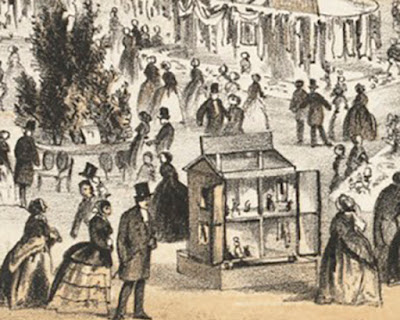 1858 Ladies' Fair in Boston to raise money for the poor.
Doll houses were a popular feature at fund-raising fairs.
The women's fund-raising fair was a 19th-century phenomenon that goes back at least into the 1820s, when fairs generated charity donations for education and the poor. In 1827 women in Baltimore held one to fund donations to
Greeks fighting a war of independence.
Philadelphian Rebecca Gratz did not think much of ladies' fairs. She outlined her objections in an 1834 letter to to her sister-in-law Maria Gratz in Lexington, Kentucky. 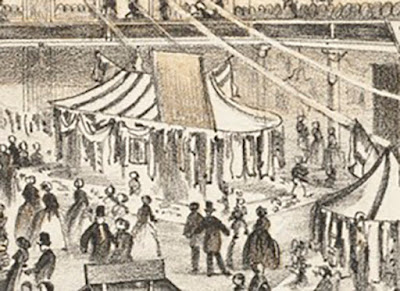 Textiles in a tent?

"Fair gossiping is so much in fashion throughout our country...It appears a very exceptionable service which employs the rich to do work for 'fairs' ---which might be do much more useful to the poor---many ingenious ladies in very reduced circumstances supply or shops with fancy articles the proceeds of which maintain their families---a 'Fair' is advertised to forward a scholarship for some church, or pay for an asylum attached to a religious institution---and all the weak-minded, and pious females for miles round & in the city spend months in manufacturing trifles...." 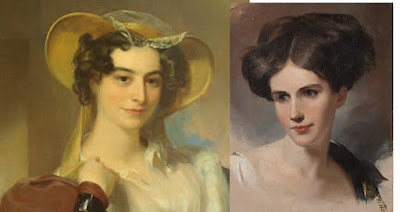 "A whole week was consumed in...one of these Fairs last spring at Washington Hall-a large sum of money received----and many just complaints [were] murmured by regular vendors." 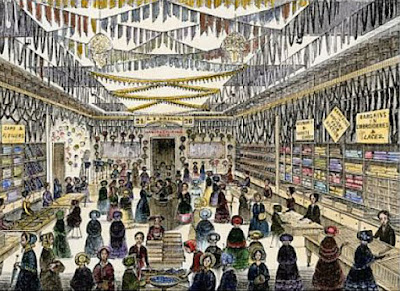 She pointed out that regular vendors, shop owners and professionals were not pleased with amateur competition. 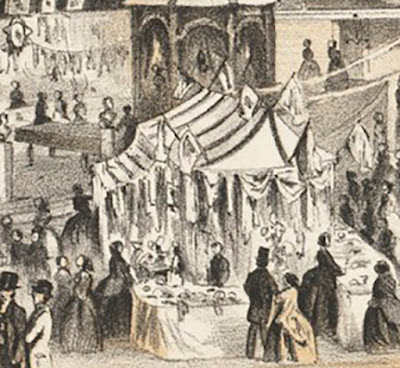 Women staffed the fair tables or booths, particularly attractive young women, who could flirt and persuade a gentleman to pay a bit more than the item was actually worth.

"Mothers and prudes were shocked that young & Innocent girls should be bartering pin cushions & smiles at these sanctified table at an expense of modesty..."

Rebecca was not much of a prude but she probably didn't like her nieces trading smiles for money at the tables. 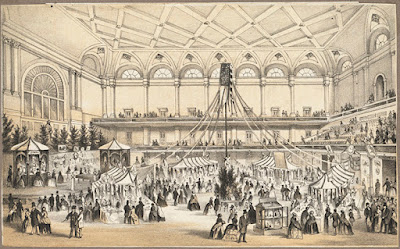 The fair details come from this picture of a Boston fair,
impressive turnout for 1858 but soon to be dwarfed by the Sanitary Commission
Fairs of the Civil War.

As time went on objections to the ladies' fair were mostly forgotten and Ladies's Bazaars became a staple of antislavery organizations and Civil War soldiers' charities. 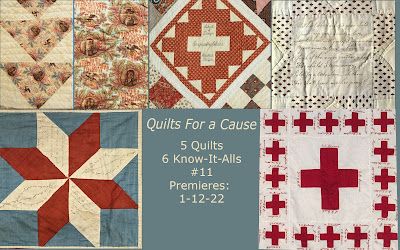 We'll be talking about fund raising fairs at the January 2022 Six Know It Alls Show that premieres this Wednesday. Tickets with permanent access so you can watch it anytime: $12

http://womensworkquilts.blogspot.com/2018/06/womens-exchanges-depositories.html
Posted by Barbara Brackman at 6:00 AM

Could I ask where you gathered this information on the sisters-in-law? Maria Gist Gratz is an ancestor and I would like to add info to my research.
Thank you,
Barbara Goetz