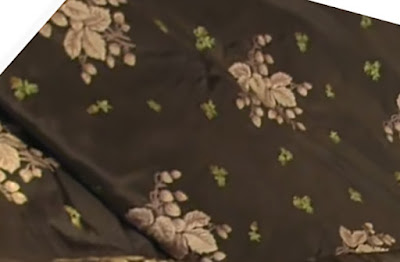 In May of 1861 the Lincolns held a Strawberry Party in the first months of the Civil War and their life in  the White House. The First Lady apparently wore this dress picturing the seasonal fruit to the event. 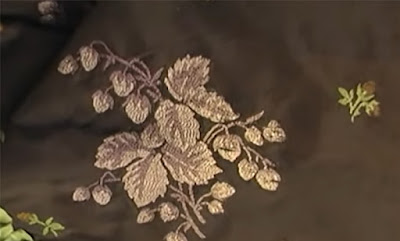 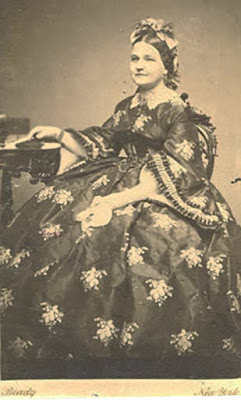 She posed for the Brady Studios in the dress. 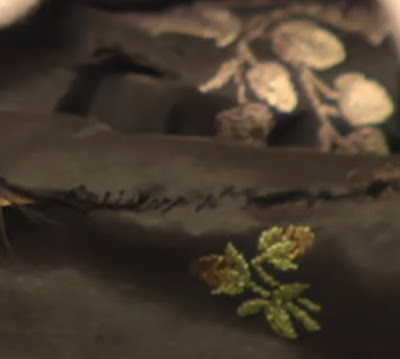 As we discussed Strawberry Parties last week Xenia Cord called my attention to this rare surviving dress of Mary Lincoln's.
A Lincoln descendant gave the dress to the Abraham Lincoln Presidential Museum in 1963. 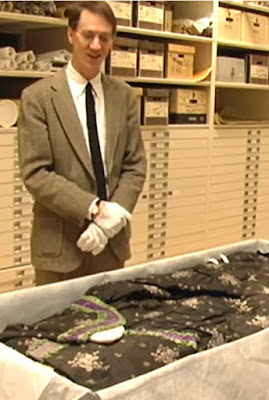 See a 7-minute You Tube video in which Lincoln Presidential Museum Curator Dr. James Cornelius discusses the dress in preparation for a short exhibit in May, 2011.
https://www.youtube.com/watch?v=56XJWqRjY8s 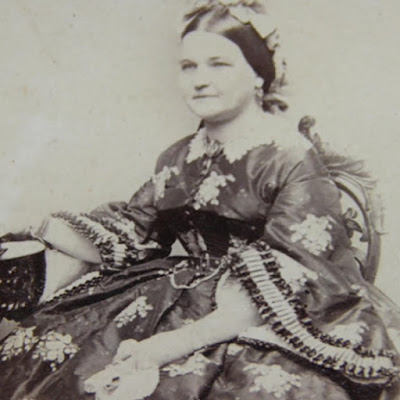 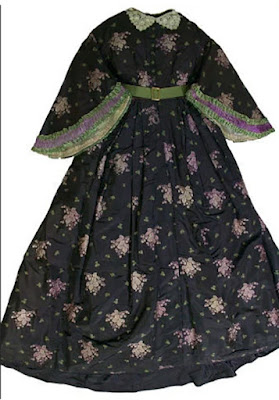 The dress is quite fragile and the sleeve decorations are replacements but they believe the lace collar is original. The belt is also a reproduction. 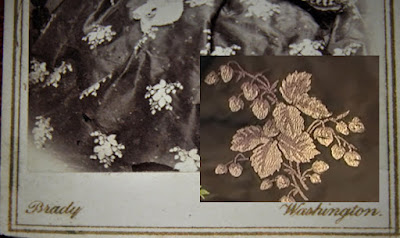 The photograph is reversed. 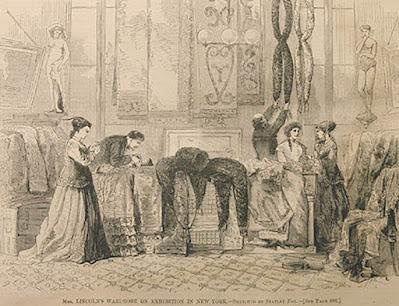 Mary Lincoln's dresses: Many of them were sold in a rather scandalous sale in New York shortly after the President was assassinated. While her physical and mental health declined she carried some in trunks in her wanderings for the rest of her life. As she always wore black mourning after Lincoln's death she had no need of them but she did love fashion.

The only other dress known to survive according to Dr. Cornelius is the one she wore to Ford's Theater on the night of the assassination but there are many supposed fragments of that garment. 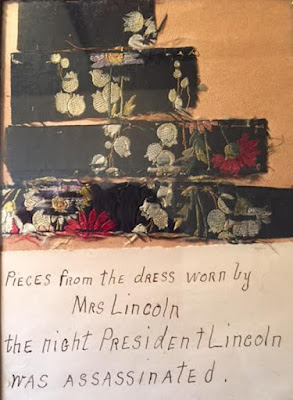 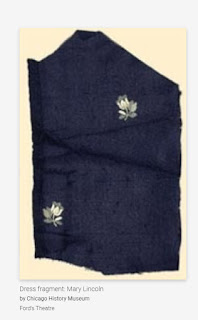 The Chicago Historical Society has a plaid dress of Mary's seen here:

We'll stick with the Strawberry Dress story as one accurate account of a surviving dress.

I understand that she was quite extravagant in her purchasing of dresses, etc. Becoming a widow so young she may have had financial difficulties and needed to sell the dresses to pay her bills. It is sad that so many were lost to time.