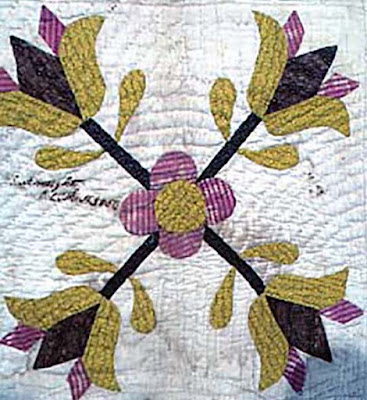 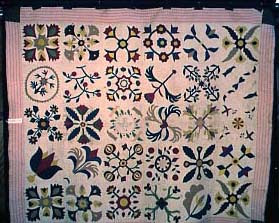 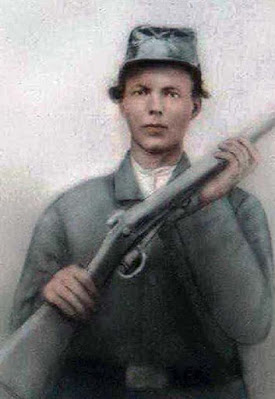 Hezekiah Washington Bowie (1837-1917)
Early in the Civil War Hezekiah enlisted in 2nd Company B of the 7th South Carolina Infantry leaving wife Lucinda Sharpe Bowie pregnant with their first child, Mary Jane Beauregard Bowie (named for the Confederate General?). A second child John Robert Lee Bowie was born after the war. They seem to have farmed in Greenville, half way between Abbeville and Due West but their youngest son James William Bowie's obituary says he lived his life in Abbeville. 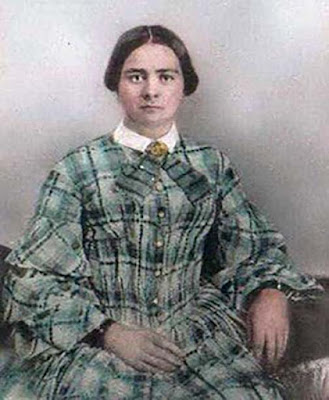 Agnes Lucinda Sharpe Bowie (1826–1904)
The portraits are from Find-a-Grave.
The woman who brought in the quilt told the documenters it had been "wrapped around the family silver and buried during the Civil War." The documenters heard that story many times we'd guess and it was often true but the quilt in question must be old enough to have been made prior to 1865 and this one, despite that date, looks post-war.

Patterns like the giant tulip
tend to be from after 1880. 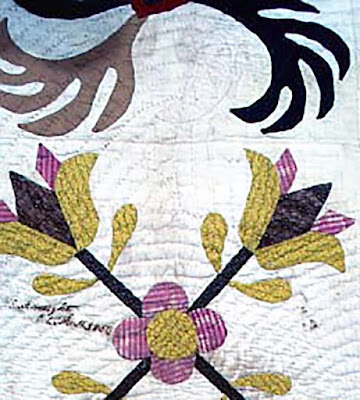 Fabrics are hard to see in the photos but they do not
look before 1870 and may indeed be early-20th century,
even on the block dated 1850. Quilting in a rather loosely
drawn fan design also looks after 1880. 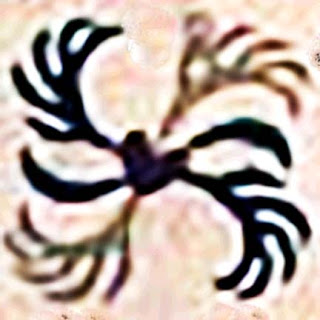 Patterns are also loosely drawn with none of
the detail, drafting skill or layers one would expect
in 1850s applique.
Looking at fabrics, style, quilting and patterns we would have to guess the quilt was made about 1900, perhaps as a late-life gift. The Civil War as a monumental event in the lives of the Bowie's generation and their children is often the focus of family tales based on family myths of Southern loyalty and subsequent hardships. 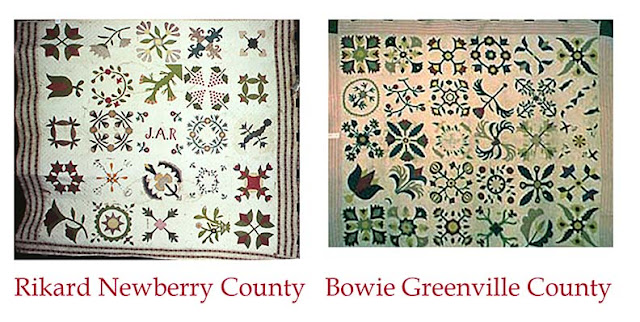 The Bowie quilt has much in common with another album quilt handed down with a family Civil-War story. This quilt with the initials J.A.R. for James Adam Rikard (1845-1930) was said to have made for him to take to war but again fabric, style and patterns look later. 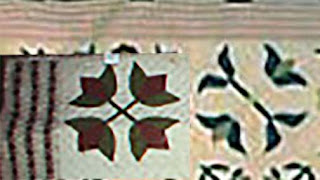 Both have borders of striped fabric.

Neither shows much artistic skill in pattern drafting.

Both have the large tulips, again typical of the late-19th century.
See a post on the Rikard quilt here:
https://civilwarquilts.blogspot.com/2021/07/civil-war-quilt-from-dutch-fork.html 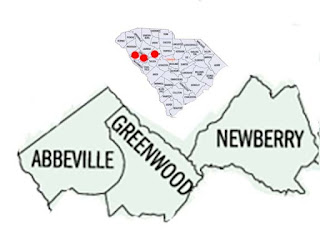 The quilts' original geographic spots are a bit vague
but they seem to be from 3 adjacent counties in the Piedmont
cultural and geographic region, the Uplands. 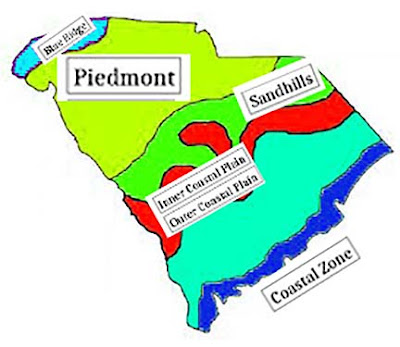 Far from the Coastal Zone and Coastal Plains the Piedmont quilts share different cultural traditions from earlier coastal quilts. They tend to be later although families may think they are war relics. 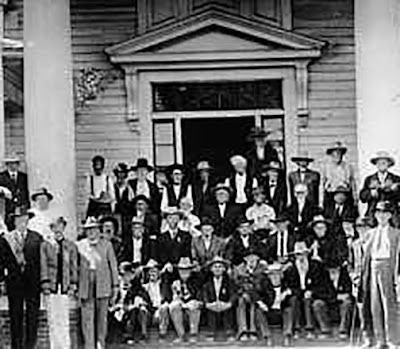 South Carolina Confederate veterans, 1920
We find out quite a bit about Hezekiah Bowie once we figured out his nickname was Doc and nobody ever seems to have called him Hezekiah.

Doc's 1917 obituary tells us he
"was a familiar figure about Abbeville all his life."

1890
A popular and prosperous farmer, he was just the kind of man
a group might make a quilt for.

This is fascinating, Barbara. Any theory as to why the earlier date was put on the quilts initially? Do you think it was maybe out of post-defeat nostalgia and wounded pride that the original quilter made a "good old days" style quilt and dated it to before the civil war? Or is there speculation that the date was added later?

I'm the only one speculating. Over the years we all have seen quilts misdated by well-intentioned family members. But I really don't know the reason for a clearly wrong date.