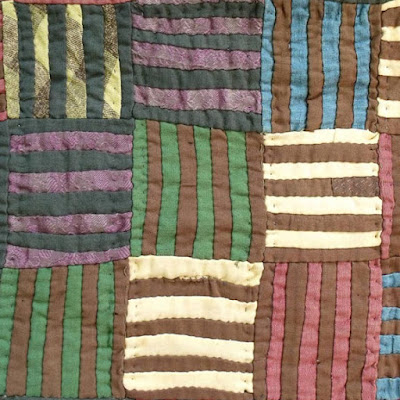 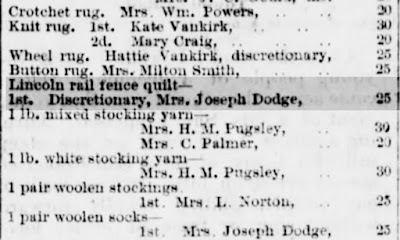 At Michigan's Van Buren County Fair in 1878 Mrs. Joseph Dodge won a quarter for her "Lincoln rail fence quilt." One mystery is what the quilt looked like. Was it the same design we think of when we say Fence Rail as at the top of page and below? 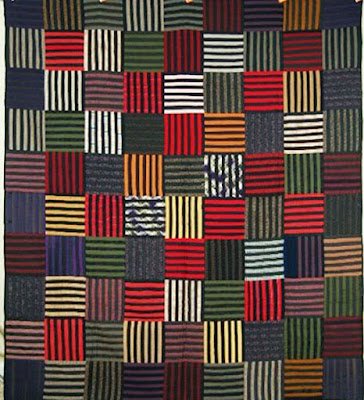 I have my doubts. Mainly because all the quilts in my picture file that look like this strip arrangement seem to date after 1890. 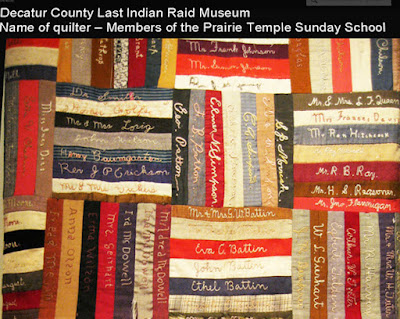 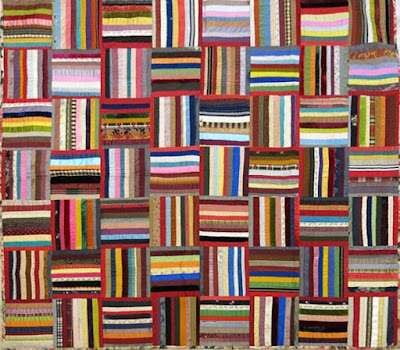 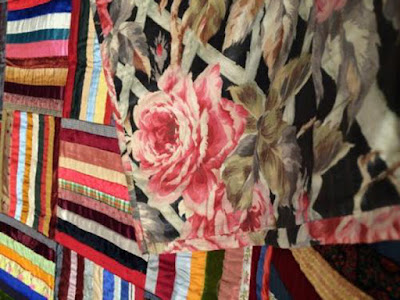 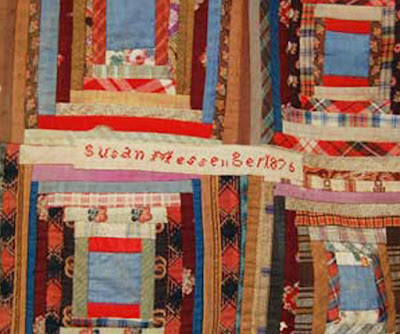 It seems more likely that Mrs. Dodge's quilt was what we'd call a Log Cabin, strips arranged in concentric squares like Susan Messenger's 1876 quilt. We have many published and other written refences to Log cabin quilts in the 1870s but the Michigan reference is so far the only Rail Fence reference I've found. I'm guessing her quilt in our view would be a Lincoln Log Cabin to and not a Lincoln Rail Fence. 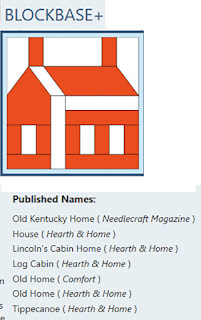 Interesting that there is not one "Lincoln Log Cabin" reference in my Encyclopedia of Pieced Quilt Patterns describing a geometric log cabin design. Hearth & Home magazine in the early 20th-century published the name Lincoln's Cabin Home for what we'd call a Schoolhouse---not the same thing at all.

There are many newspaper references to Log Cabin quilts beginning in the 1860s but I have not yet found that combination: Lincoln Log Cabin. 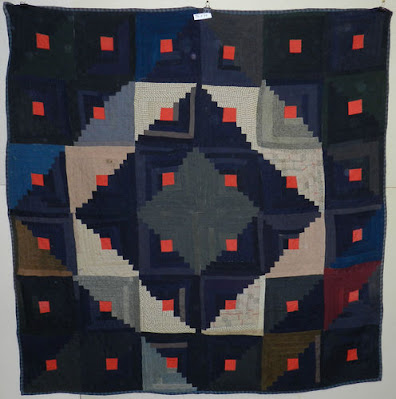 We associate the popular pattern with Abraham Lincoln and we just take for granted it's a Lincoln Log Cabin. 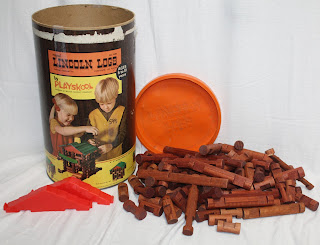 Lincoln Logs
One of my favorite toys in the 1950s.
But log cabins had other associations. 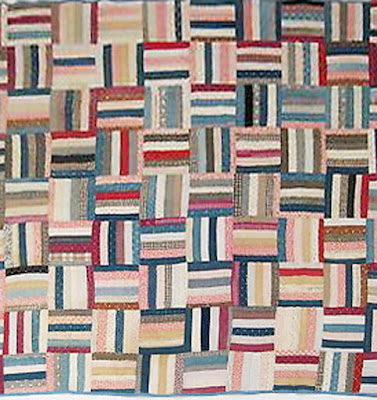 In almost every painting or drawing I've ever seen of Lincoln and a rail fence, the fence is in a zig-zag with overlapping rails at the corners. That most closely resembles the corners in a log cabin quilt pattern, except that "fence" is in a circle in the log cabin quilts. Is it possible that Josephine Dodge figured out a way to make the log cabin corners zig-zag across the entire quilt? Lots of Y seams, or partial seams or... Sorry, I'm having trouble describing what I'm thinking...

I was thinking perhaps the court house steps block.