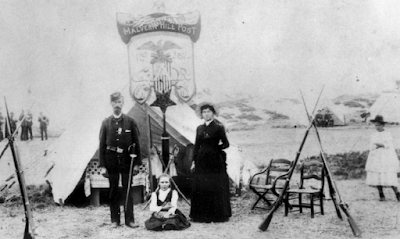 Tent camping at a 1900 Huntington Beach veteran's reunion in California 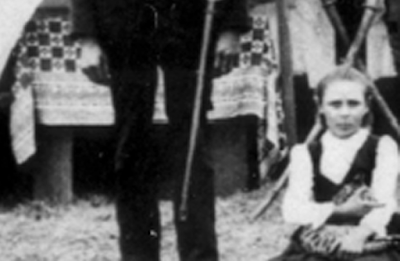 with a quilt on the bed. Is the girl holding a kitten?

Union Civil War veterans and their families attended reunions called Encampments from 1866 to 1949.  The encampments might be local or the annual national reunion in the fall. Veterans loved to remember tent camping days during the war with rustic yet much more civilized accommodations. 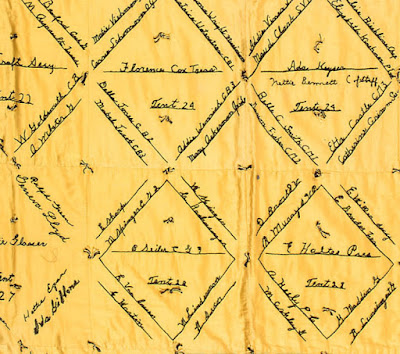 Embroidered, tied bedcover offered at Cowan's Auctions, embroidered with names organized by Tents. Each triangle may literally represent a tent. 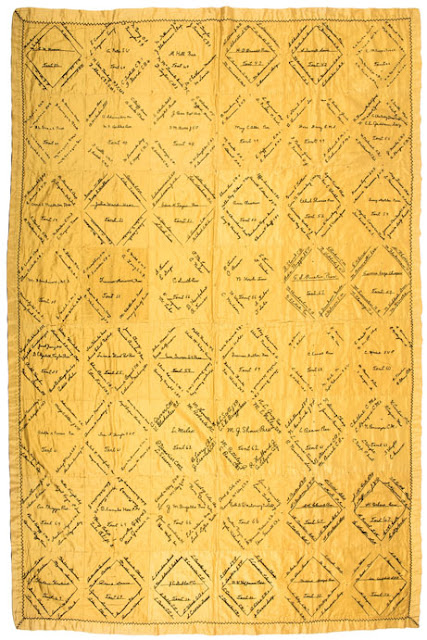 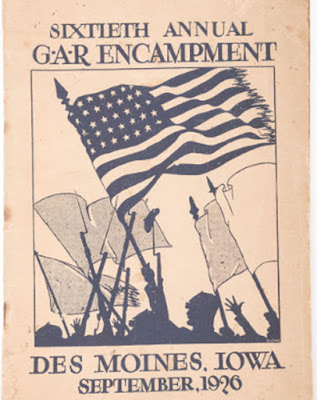 The quilt came with a souvenir booklet

Names embroidered are women's names and various locations from Poughkeepsie to Florida, so the assumption is that it was record of a W.R.C. or other women's auxiliary group at the veteran's reunion in Des Moines in 1926. 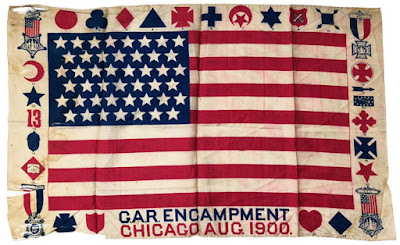 Silk flag souvenir of a Chicago reunion in 1900


From The 100 Years Ago today column in our local newspaper
September 6, 1919

"What is expected to be the last great national encampment of the Grand Army of the Republic will open [in Columbus, Ohio] tomorrow and continue during the week. The fact that the ranks of the old veterans have dwindled to approximately 135,000 and that the American Legion, veterans of the European war, stands ready to take up the work which the G.A.R. has been doing for the last 53 years, leads members to predict that within a few years, the organization of Civil War veterans will be superseded by an organization of their sons and grand-sons." 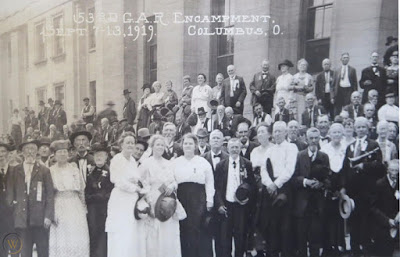 Attendees in Columbus in 1919

Despite the reporter's pessimism the 1919 reunion was not the last. Veterans met until 1949. The last GAR member died in 1956. 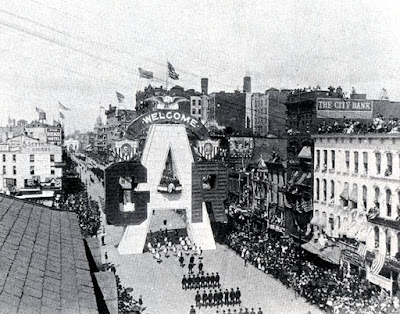 Parading under an arch in Buffalo, 1897

One can certainly track declining numbers. Thirty years after the war in 1895 Louisville hosted 357,639. Thirty years later in 1925 Grand Rapids saw only 55,817 veterans (Do these numbers reflect the families and the women's groups or just the soldiers?) 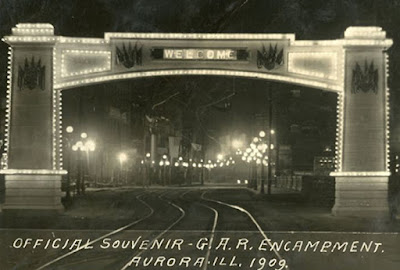 The parades, the campground, the liquor sold....
Some of these were elaborate events.
One can imagine how they boosted the local economy. 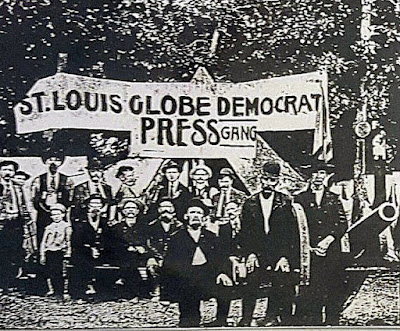 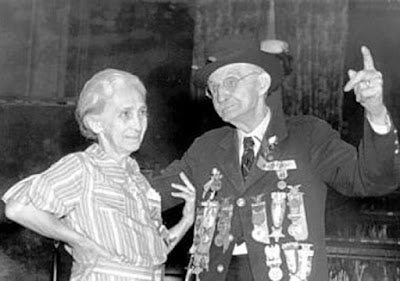 1939 Encampment, Pittsburgh
He'd been to a few. 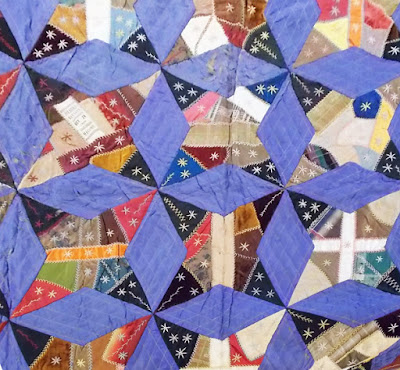 This silk contained crazy quilt is from the Peck Family of Illinois
with ribbons from at least two reunions. 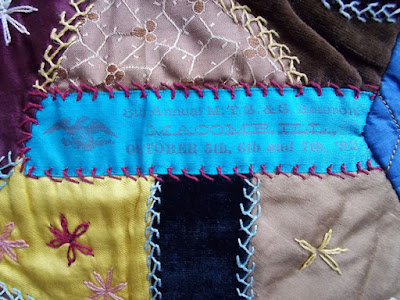 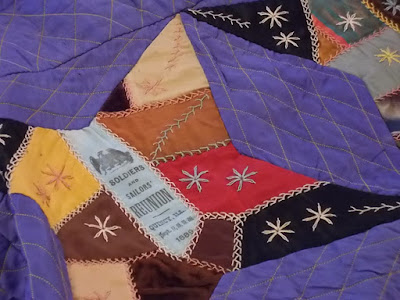 Quilts were important in the veterans' organizations as fundraisers, social links and gifts. A list of encampments and locations from the Library of Congress may be useful in identifying a few:

And see more about the last of the veterans: 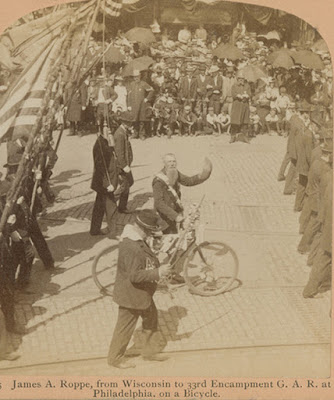 https://civilwarquilts.blogspot.com/2014/03/mary-carswells-grand-army-quilt.html
Posted by Barbara Brackman at 6:00 AM