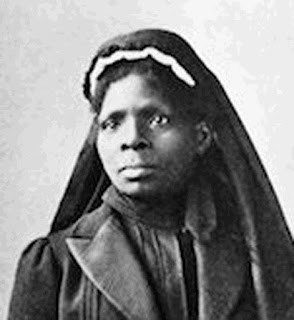 Susie Baker King Taylor (1848-1912)
Photo from her autobiography
Reminiscences of My Life in Camp with the 33rd US Colored Troops.

In 1898 Susie Taylor, who had been a slave in Georgia and as a free teenager a laundress and teacher  during the Civil War, made a "large quilt of red, white, and blue ribbon" for the second annual fair to benefit the Massachusetts Woman's Relief Corps at Christmas time in Boston. She was an active member of the Robert A. Bell Corps (Post #67), vice-president that year of the women's auxiliary to the African-American G.A.R. veteran's group. She and her fellow volunteers ran a table, the traditional women's fair booth. Theirs sold miscellaneous items and her quilt was probably offered at the table.

The quilt did not sell but on December 18, 1897, the fair's last evening, prizes were awarded and Taylor's "Old Glory" quilt was chosen to be given to the Fair's President Emilie Jewett Waterman. Taylor wrote in her autobiography a few years later that the quilt "made quite a sensation."  She must have been pleased with it and we'd love to see what her Old Glory Quilt looked like, but no traces are found beyond the last night of the fair. 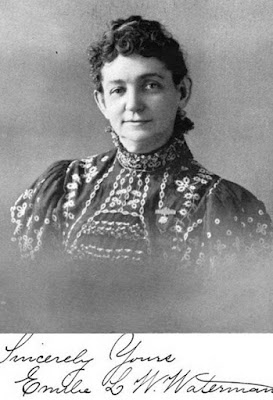 Taylor had moved from Savannah to Boston in the 1870s. She was widowed, raising her only child,  a son, as a domestic worker. In her memoir she recalls working for relatives of Boston mayor Harrison Gray Otis. 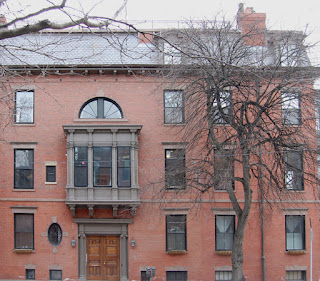 In the 1880 census she is recorded as living with Harriet Webb Gray and Gorham Gray on Beacon Street, perhaps in this house at 433 Beacon Street.  She married her second husband Russell L. Taylor in 1879 at the Midway Church in Liberty County, Georgia. 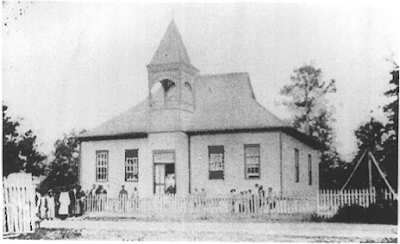 The Taylors may have been married here.

Perhaps Russell belonged to the Robert A. Bell Corps of the G.A.R., a segregated Union veterans' group. A history of the corps:

In her memoir Taylor recalled some of the work:

"In 1886 I helped to organize Corps 67, Women's Relief Corps, auxiliary to the G. A. R., and it is a very flourishing corps to-day. I have been Guard, Secretary, Treasurer for three years, and in 1893 I was made President of this corps."

The  W.R.C. groups purchased furnishings for G.A.R. meeting rooms, provided charity for veterans and their families and supported veterans' homes and memorial day ceremonies. They raised money through fairs, theatricals and musical events. 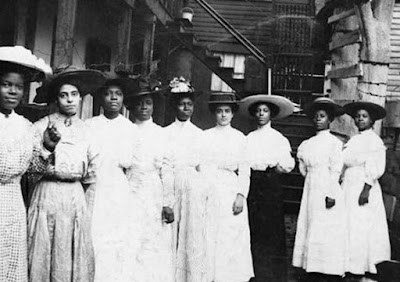 By the time Susie Taylor King died in 1912 African-American
women had many clubs and organizations competing for
membership. The GAR and its women's auxiliary disappeared in the 1950s.

Two years before her death Susan A.K. Taylor was President of Post 67,
The address: 21 Holyoke in Boston. WRC meetings were every other Wednesday evening. 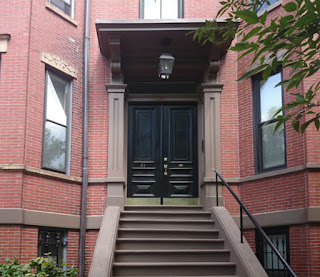 Was this Taylor's home or just the group's meeting place?

GAR posts were generally named after soldiers who'd died in the Civil War. Robert A. Bell had been a sailor killed at the Battle of Fort Fisher in North Carolina. His mother was said to be a member of Taylor's group.

The 1900 census found Susie A  and Russell Taylor running a boarding house with 10 lodgers and a 19-year-old niece living with them, possibly at 34 Buckingham Street, where Russell died the following year. 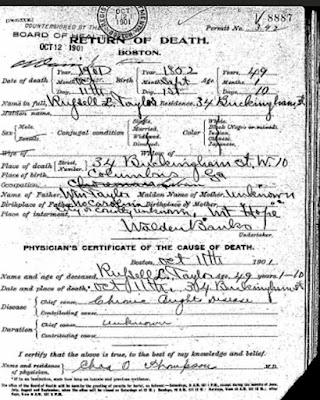 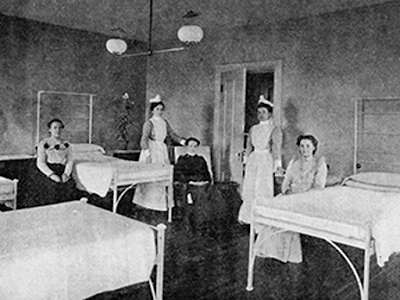 The 1910 census listed Taylor as a resident employee of the Vincent Memorial Hospital on Cunningham Avenue. Vincent Memorial was a woman's hospital created for working women with an obstetrics department that became part of Massachusetts General Hospital. As the oldest woman living there she was described as a servant rather than a nurse. The nurses were unmarried white women, generally in their 30s.

Susie Taylor's quilt hasn't been heard of since she wrote her book.
We'd love to see what it looked like.

there is still a building wing at the MGH called vincent...

There is something in her appearance that is intriguing. Might have to look up her autobiography.
Thank you for sharing!

Thank you for this fascinating post. I am a retired newspaper editor now pursuing a deferred dream of writing a book about African American nurses of the Civil War, intended for middle-school readers. The documents you have posted about Susie King Taylor appear to be original research. At least, I have not seen this information elsewhere. I would love to know a bit more about your work on this topic. If you would be willing, would you please email me. If you would like to know more about my background, this article about my retirement includes biographical information. https://www.knoxnews.com/story/news/2018/12/21/knoxville-news-sentinels-jack-mcelroy-retires-after-17-years-top-editor/2380211002/. I became interested in the subject because my children are adopted and African American, and my daughter was a history major who introduced me to the topic. Thank you. Jack McElroy

Jack McElroy-I don't see how to email you. You could email me Materialcult@gmail.com

Susie A. K. Taylor is also mentioned in the Civil War pension for Jennie T. Ray, widow of Sylvester J. Ray, which is digitized on the National Archives website.
I did not realize just how accomplished she was from her depositions in the pension file.

This is such exciting research. Thank you so much for sharing all that you have learned, Barbara!

Little Rhino--or anyone else who might know--how can I find the pension file and depositions that you mention? I wasn't able to locate this information on the National Archives website or on Ancestry.