Finishes BOMs from Years Past 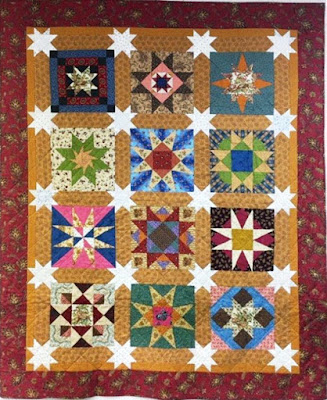 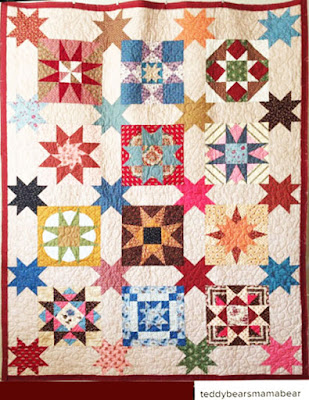 And I found this version by Teddybears/mamabear 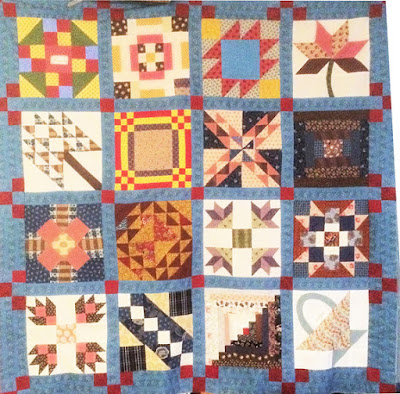 Liz at Gone to the Beach finished her Westering Women sampler from 2016. She made 16 blocks, adding to the twelve I posted here two years ago.
https://gone2thebeach.blogspot.com/2018/02/westering-women-top-finish.html

She thinks I should do more 20th-century history, but I'm stuck right now in the 19th-century compartment in the wayback machine. I think others should be telling their 20th-century family stories through quilts.

Liz is also doing this year's Antebellum Album. Here are some of her fabric ideas:
http://gone2thebeach.blogspot.com/2018/02/antebellum-album-quilt-schoolgirl.html

Post with links to the patterns:
Threads of Memory
http://barbarabrackman.blogspot.com/2015/01/threads-of-memory-bom-free-pattern-posts.html
Westering Women
https://civilwarquilts.blogspot.com/2017/02/westering-women-links-to-bom-quilt.html

And I've digitized both of them so check my Etsy shop. The Pattern Page:
https://www.etsy.com/shop/BarbaraBrackmanShop?section_id=20633915
Posted by Barbara Brackman at 6:00 AM