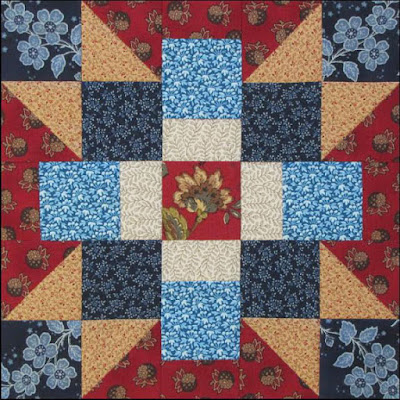 Becky's story that guided her choice of fabrics:

"Camping at Fort Laramie: a chance to supplement supplies and refresh ourselves mentally and physically in such a beautiful place." 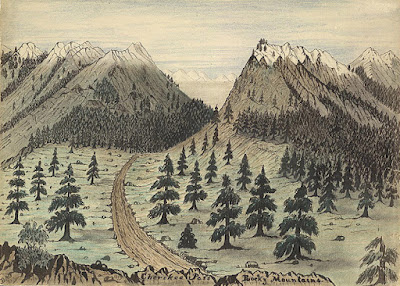 Daniel Jenks painted a difficult pass through the Rockies in what is now
Colorado, where the slopes are steeper.

The Rocky Mountains were a formidable barrier to a trip across the continent. The major trails followed the Platte River because the mountain slopes in the northern Rockies were easier to cross. After passing Fort Laramie trails continued northwest until they came to a place called South Pass. 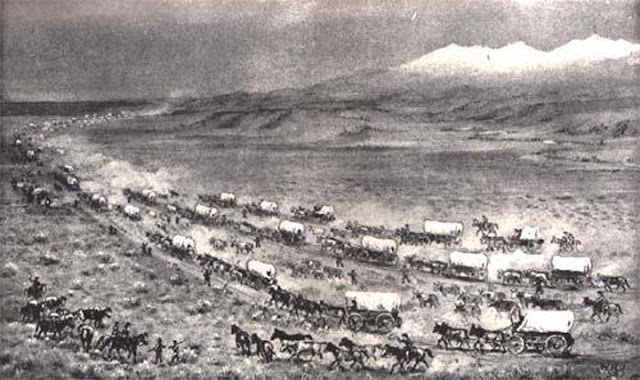 You can see South Pass today by taking a small road east of
Farson, Wyoming.

South Pass crossed the Rocky Mountains so gradually many people didn't notice they'd crossed the Continental Divide until they saw water in the streams running in a new direction---west instead of east.

A few, like Maria Shrode, were disappointed with the "peak" of the Rockies. She’d thought she’d see “the elephant,” a 19th-century term for a spectacular event. On October 2, 1870 she wrote in her diary:

“Camped just on the other side of the Rocky Mountains. I had thought all along they would be the Elephant but they are nothing to compare with some we have crossed.” 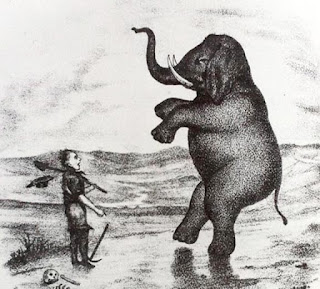 
August 1, 1848.
"Passed over the Rocky mountain, the back bone of America. It is all rocks on top and they are split into pieces and turned up edge ways. Oh that I had time and talent to describe this curious country." 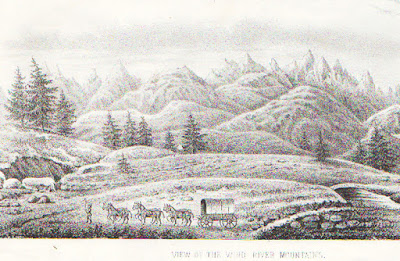 Once across this northern range of the Rockies, travelers took branches northwest to Oregon or southwest towards California. 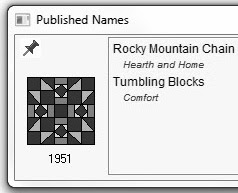 I simplified it a bit by importing the BlockBase image into EQ7 and erasing a few of the seams. 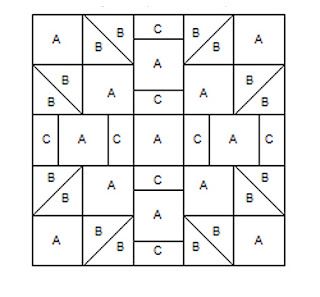 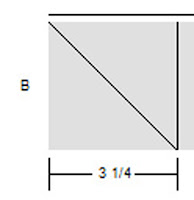 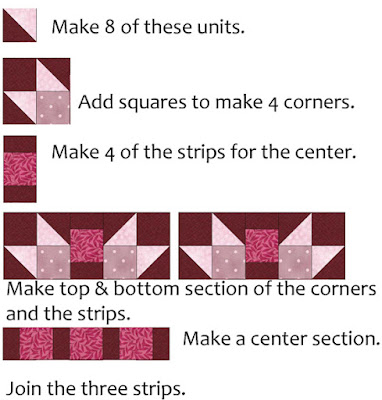 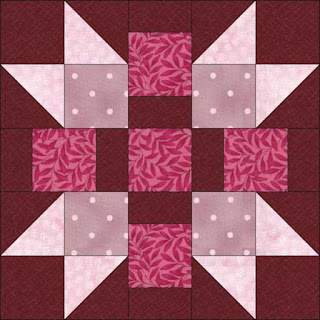 Travelers photographed at South Pass in 1866 by Savage & Ottinger. 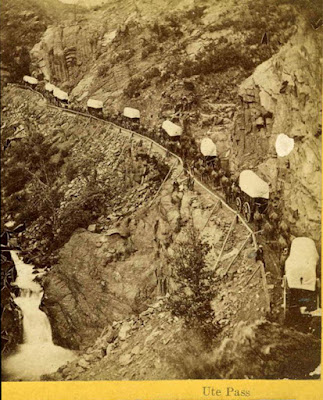 Crossing Colorado's Ute Pass in a freight train
would certainly qualify as seeing the elephant. 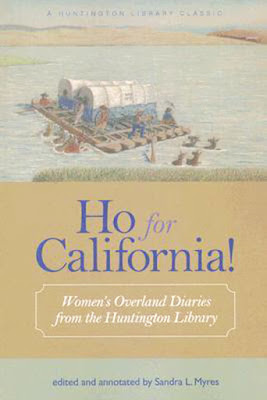 Read Maria Shrode's 1870 diary in Ho for California!: Women's Overland Diaries from the Huntington Library, edited by Sandra L. Myres (Huntington Library, 1980). Most of the journals I've been highlighting here are from the 1840s and '50s. After the Civil War when Maria traveled, the trail was very different---railroads and settled cities changed the experience. 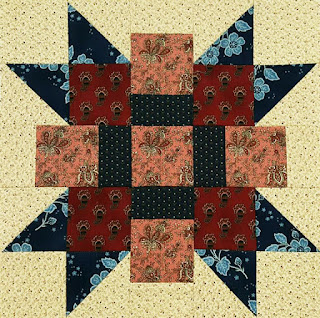 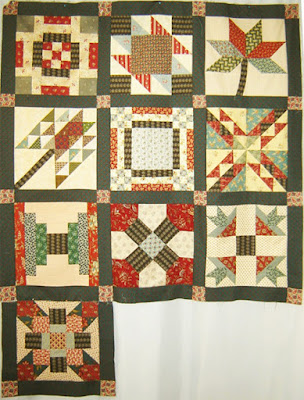 What a beautiful block!
I'm ready to assembly all this beauty together. Just two more!
Thanks!

Thanks for defining "seeing the elephant" Civil War soldiers used that expression as meaning being amidst the heat of battle. Spectacular (but not in a good way) would be the word.

Yes, another gorgeous block. 'Will be getting mine made asap.

I really enjoy this BOM project and have been promoting it when I do my programs. Thus far, a number of other quilters are joining me in this, and certainly want to thank Barbara for her research and work gone into providing this!

Yvonne You and your students should send pictures. I love to see them.

I love the history that goes along with your blocks. LJ

It's a really beautiful block ♥