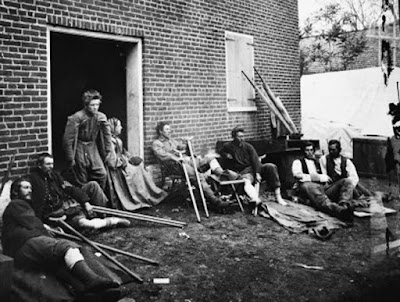 May 20, 1864
Hospital yard at Fredricksburg, Virginia

The photograph above, an iconic image of the Civil War, shows weary patients and nurse resting outside a field hospital. Photographer James Gardner (1832-?) with brother Alexander worked for the Brady Studios and spent a day in May with the Sanitary Commission.

On the reverse:
"This is one of the hospitals established by the Sanitary Commission in Fredericksburg, Virginia, during the Wilderness Campaign, in 1864. The wounded are from Kearney's Division, and are being cared for by the noble Sanitary Commission." 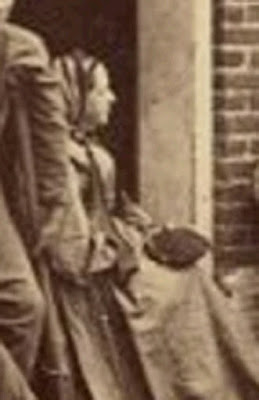 In the past few years the woman has been identified as Abigail Hopper Gibbons. 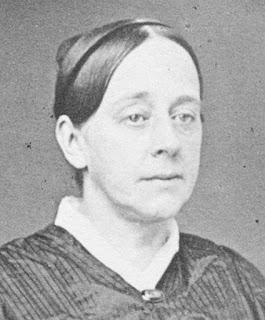 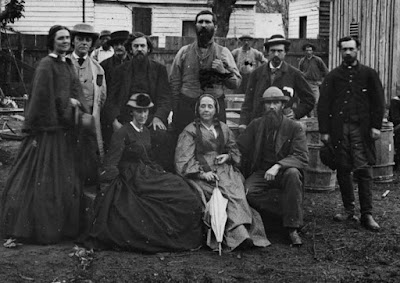 Gibbons is also in the center of this photograph taken by James Gardner the same day. The
woman seated next to her is daughter Sarah Emerson.
http://www.loc.gov/pictures/item/cwp2003000469/PP/resource/

Abby Hopper Gibbons was born a Quaker in Philadelphia. In 1833 she married James Sloan Gibbons (1810-1892) of Wilmington, Delaware, and they became important activists in the abolitionist movement in New York City in the decades before the Civil War. 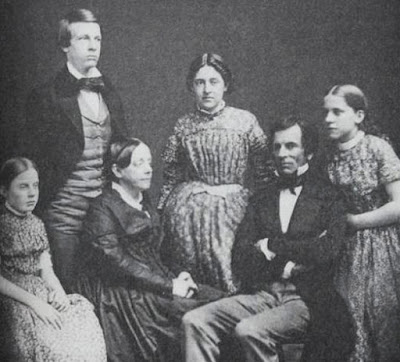 Abigail and James Gibbons with children


Lucy and William on the left, Julia right, Sarah between them, 1854.


William died the following year after a fall while at Harvard.


When the war began Abby left her daughters and husband in New York, traveling South to deliver goods for the Sanitary Commission. She soon saw the need for nurses.

Read her letters, many of which concern her nursing work in the book her daughter Sarah edited. 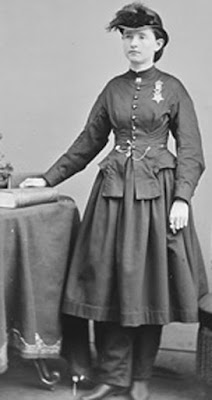 Dr. Mary Walker in her bloomer costume
after the war, wearing a medal.

She mentions "Dr. Mary Walker, a very little woman in bloomer costume who presides over the
Indiana Hospital," which was located inside the construction project that would house the U.S. Patent Office in the late spring of 1862.

Gibbons continued her work helping slaves escape during the war. In 1862:

"I have met a great many...colored families...who are still with their masters, but laying plans of escape for themselves and their children. One poor soul said yesterday: 'The Lord has waited a long time, and he ain't going to stand it any longer.' When I go home, I shall get a pass for myself, daughter and servant.

You need not write back on this subject, as on several occasions the letters have come to us glued together after having been opened."

While she was working in the hospitals the anti-black civil disturbance known as the New York Draft Riots took place. The Gibbons home with its reputation of welcoming runaway slaves and supporting the Emancipation Proclamation was a target. 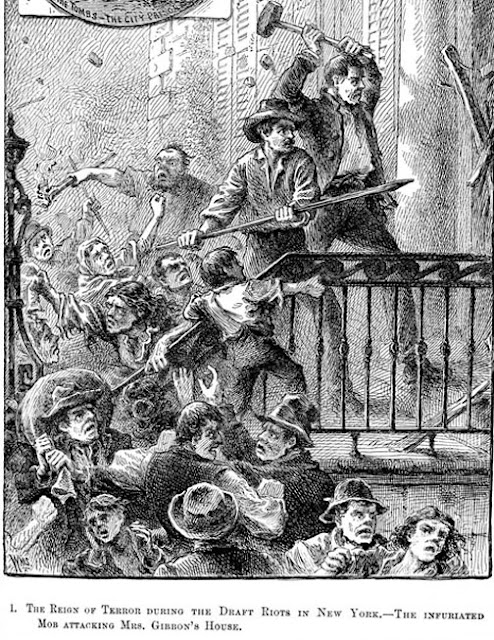 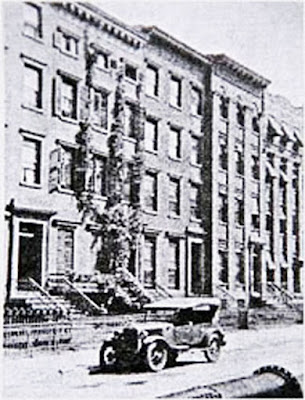 Sarah's neighborhood in Chelsea
was called Lamartine Place.
The block still stands.
Her home is is now 339 West 29th St (near 8th Avenue).

Read about the Gibbons's antislavery activities and the destruction of their house during the Draft Riot in the Landmarks Preservation Commission report on the Lamartine Place Historic District here:
http://www.nyc.gov/html/lpc/downloads/pdf/reports/lamartine.pdf 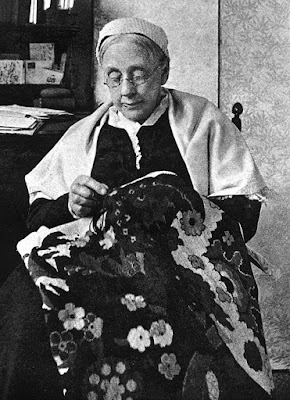 This photo of Gibbons in later life shows her embroidering perhaps---or hemming a print.
She did record making quilts in November, 1833, soon after her marriage:

"I have been without 'help,' (to use a New- York expression) and to prevent a 'muss,' ...have been obliged to exercise myself. And my quilting, too, is but just accomplished. One of James' cousins from Wilmington has been spending a week or two with us, and were we not smart to quilt four comforts in three days?" 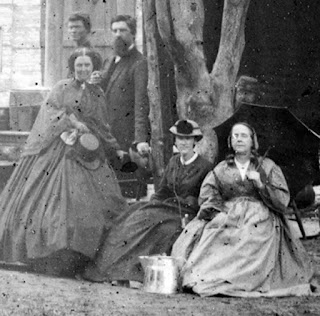 In 1893 Abby's daughter Lucy Gibbons Morse published a novel about her family's underground railroad activities before the Civil War.
Read Rachel Stanwood: A Story of the Middle of the Nineteenth Century for a view from her perspective.

She is buried next to her husband under the name Abby H Gibbons in Green-Wood Cemetery in Brooklyn NY. I will walk by the site of her house this weekend and will visit her grave next time I'm visiting Green-Wood.

I love that it is still possible to trace the history of one person, or a family and note their accomplishments. I think the photograph shows she was indeed accomplished at patchwork, looks like hexies on the edge to me. I thought you may like to know i finally finished my 2011 Civil War quilt from your blog. I have posted on Flickr...complete with some added bling . I did note in comments that one of the ribbons really belongs to you , so thank you so much for all you do for quilters all over the world

Thanks for sharing this interesting story of history ♥