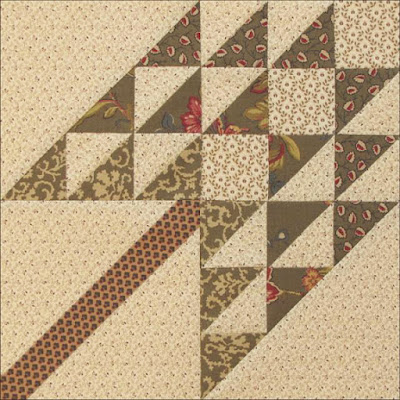 Trees were such a rarity beyond the United States border that they became guideposts on the trails. In the first days out early travelers looked for the Lone Elm, an important marker at a fork in the road. 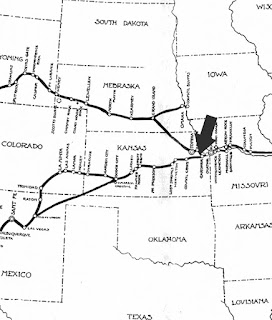 The two main trails from a map "endorsed" by the DAR in the 20th century.
The trails split in what is now eastern Kansas.

One road was the Oregon/California trail going northwest. The other branch was the Santa Fe trail going southwest for traders to Mexico.

Women were infrequent travelers on the Santa Fe trail as it was primarily a road for commercial trading traffic, so we have few records from the female perspective. One mentioned last month was Anna Maria Morris, an Army wife. 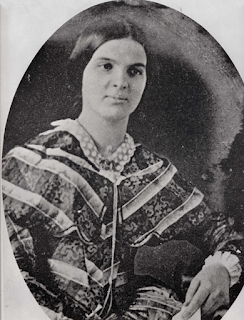 Susan Shelby Magoffin, an 18-year-old newlywed from Kentucky, is another exception. She had married a Santa Fe trader and accompanied him in 1846.

"Now the Prairie life begins! ....This is the first camping place....There is no other tree or bush or shrub save one Elm tree, which stands on a small elevation near the little creek or branch. The travellers allways stop where there is water sufficient for all their animals....We crossed the branch and stretched our tent. It is a grand affair indeed....conical shape, with an iron pole and wooden ball; we have a table in it that is fastened to the pole...Our bed is as good as many houses have: sheets, blankets, counterpanes, pillow &c."

The Lone Elm did not last long in its role of trail marker. Short-sighted travelers soon cut it down for fuel.

"I first saw Lone Elm camp ground in 1854.... The old tree was lying on the ground, the greater part of it being burned up."

W.H. Brady's memories read at the dedication of the Lone Elm monument by DAR in 1906. 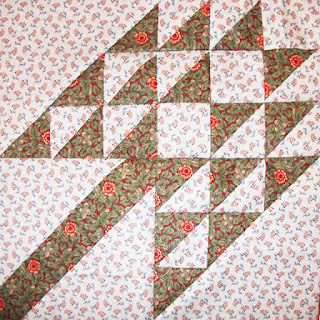 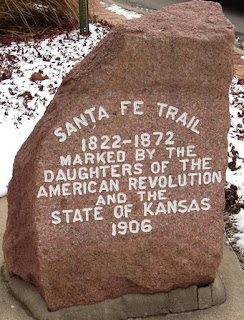 In 1902 the Daughters of the American Revolution
embarked on a project to record the trails' locations. 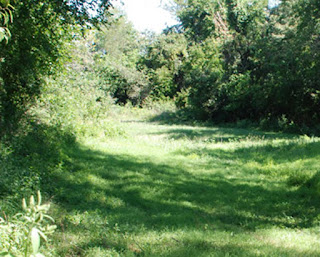 Subtle traces of the trails at Lone Elm.

Lone Elm is a park in eastern Kansas where one can still see the ruts from the wagons at the creek crossing. 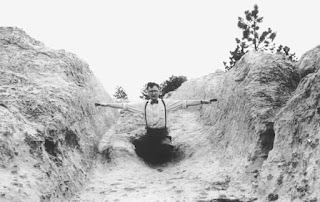 Fifty years later a photographer recorded
the rut cut in stone in the far west.

In some places those ruts are quite deep and long lasting. In the grassy plains the traces are called swales. 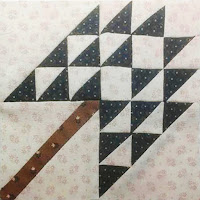 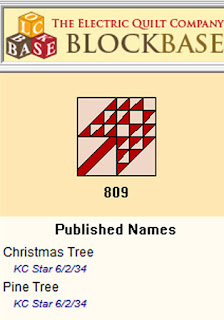 BlockBase #809 is as rare as a tree on the Great Plains, a traditional tree block based on a grid of 6, rather than 5 or 8 or 14 (all hard to cut for a 12" block.) This variation was published in the Kansas City Star in 1934 as Christmas Tree or Pine Tree. Because no native pines grow on the plains (not enough rain) we can call it an elm for the Lone Elm. 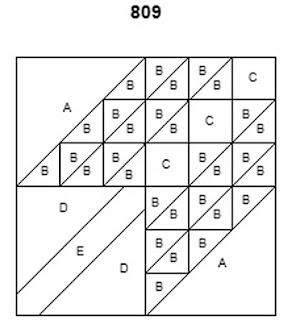 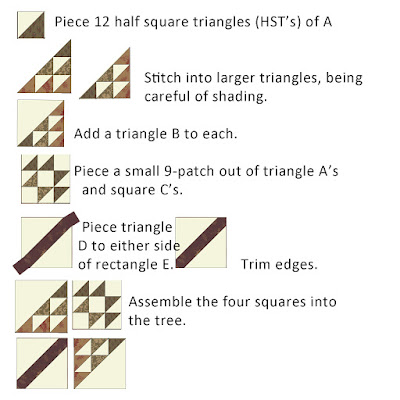 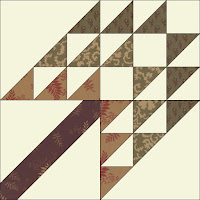 Notice on the map near the top of the page we are making little geographical progress. This is probably because I live near the arrow and I want to include all the sites near us. We've gone about two days travel.
Next month---progress. 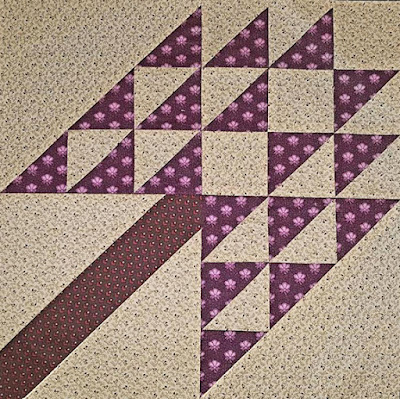 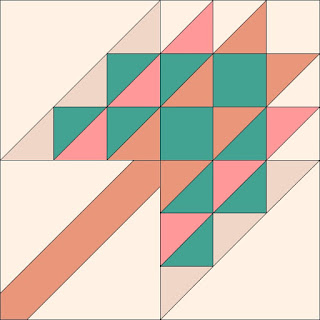 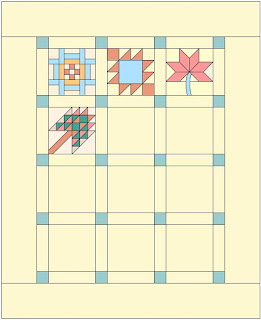 In your directions for the block, units A and B are switched. A unit is initially described as "Cut 1 square 6-7/8" x 6-7/8". Cut in half diagonally to make 2 triangles. You need 2 triangles". Then in the piecing diagram, it says, "Piece 12 half square trianges (HSTs) of A". B unit is originally described as "B - Cut 9 dark squares and 6 light squares 2-7/8" x 2-7/8". Cut each in half diagonally to make 2 triangles.You need 18 dark and 12 light triangles." So, A and B units are switched between the cutting directions and the piecing directions.

What a shame that the Elm was cut down! Thank you for choosing a 6-grid tree :)

Thank you. I know this block will be nicer for me. I'm doing the Modern HST sampler!

Thank you, and thank you for both the history and showing several examples.

Thanks for the article and pictures. My husband and I both have ancestors that did travel on the Oregon/California trail in the 1800's. What an adventure that must have been.

I'm from Marshall County, KS and have visited the Alcove Springs park numerous times. This was a stop for the Donner party. I'd love to do a block for this site!