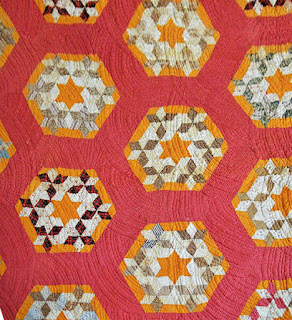 Most of us today would call the block "Seven Sisters."

We tend to believe in some Civil War symbolism, as in this caption from the International Quilt Study Center & Museum's website:

"Folklore has it that the seven stars in the block represented the first seven Southern States to secede from the United States before the inauguration of Abraham Lincoln as President on March 4, 1861."

See a Missouri quilt in their collection and a photograph here:
http://www.quiltstudy.org/collections/quilt_of_the_month/qom.html/title/february-2013- 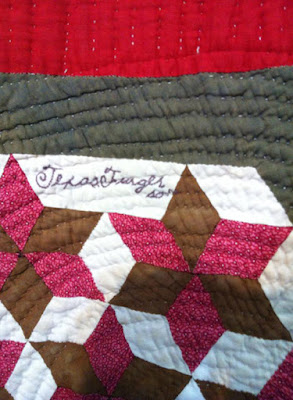 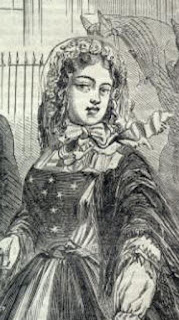 Seven stars on a Confederate apron.

I have used the name Seven Sisters as a symbol of the early Confederacy.
See a post here: http://civilwarquilts.blogspot.com/2011/01/3-seven-sisters.html

But I couldn't find a history of that name for this particular pattern before the 1930s.

Here's the pattern in BlockBase as #241. 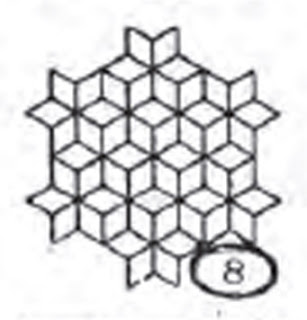 The earliest published name I was able to find was Seven Stars,
which the Ladies Art Company of St. Louis included in their early catalogs
dating to about 1890 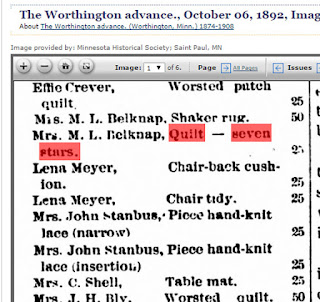 I would guess a similar quilt won a premium at the Nobles County, Minnesota, fair in 1892:
"Mrs. M. L. Belknap Quilt-seven stars." 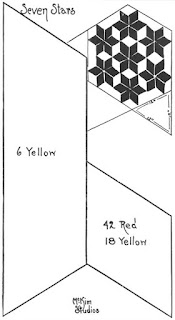 Ruby McKim, whose patterns were so influential about 1930, called it Seven Stars... 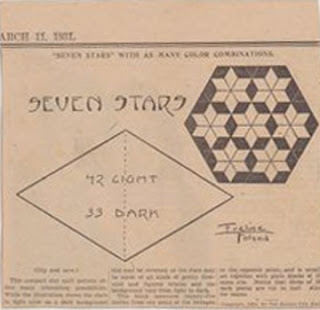 and so did Eveline Foland when she sketched it for the Kansas City Star
in 1931. 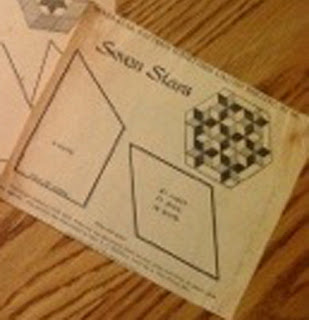 The Star published it again with different shading as Seven Stars 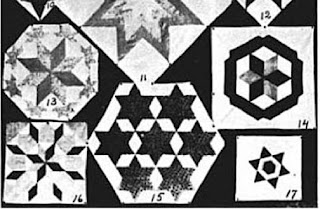 In 1935 Carrie Hall called it Seven Stars
and wrote that the design offered "many possibilities
and makes a very attractive quilt." She didn't mention
any symbolism. 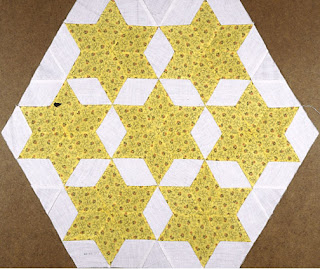 Here's her actual block at the Spencer Museum of Art (rather surprising to see that it's yellow.)

"Mrs. John Evans of Pueblo, Colorado, is the donor of this old-time favorite. She says that her mother received it recently from the grandmother who made it when she lived in Arkansas. The grandmother called it "Seven Stars" but Mrs. Evans would like to rechristen it and call it "Seven Great Lights."

That name didn't catch on.

When did the pattern get the name Seven Sisters?

The earliest reference: The Nancy Cabot column in the Chicago Tribune printed the pattern on March 13, 1933, and captioned it "Seven Sisters." Loretta Leitner Rising, the columnist, dedicated the quilt to the seven lovely daughters of old Virginia's Fowler family and gave the block two other names: Seven Stars and Virginia Pride. Nancy was a particularly imaginative writer so quilt historian tend to discount her accounts of names, dates and sources.

And who are the Fowler sisters?

Perhaps I've made too much of the pattern and the symbolism. I certainly cannot find any kind of a paper trail that leads me to believe the pattern had the name Seven Sisters before 1933 or any Civil War meaning.

Barbara,
I had no idea that it was thought to be in reference to the Civil War. I only know/knew of the astronomy related to the Ryan's belt and the Seven Sisters. If you are not aware of that story, let me know, and I'll share so I don't leave a long comment relaying it if you already know it. I'm always learning from you:)

The Seven Sisters are a constellation in the night sky named after a Greek Myth. Google Seven Sisters Constellation. This is what I always thought the name referred to. The women of the Confederacy perhaps borrowed the name?

I'll do another post on the other meanings of seven sisters. There's the Pleides, etc.

I too always thought the name referred to the Pleides and was a referecne to a possible 19th century interest in astronomy or Greek legends.

So very interesting. I would love to learn the story that Lady Locust has also :)

Lady Locust---you've got people's curiosity up. Can you comment on your story?

They are extraordinary! There are a lot of impressive history.