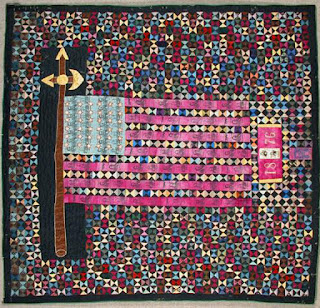 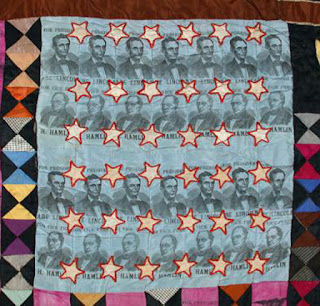 This extravaganza is called the Lincoln Flag because the field of the flag is silk printed as campaign ribbons from the 1860 Lincoln/Hamlin campaign.

Maggie Frentz, born in 1854, is thought to have begun the quilt when she was 13 years old during the Civil War. 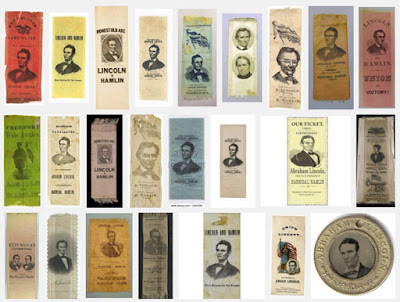 Lincoln ribbons printed in black on various colors of silk are common
(relatively common---they aren't inexpensive.)
Maggie seems to have found some uncut silk leftover from the campaign. 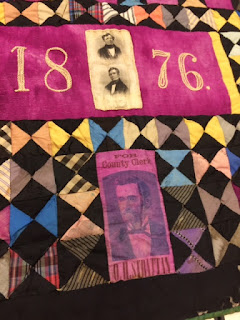 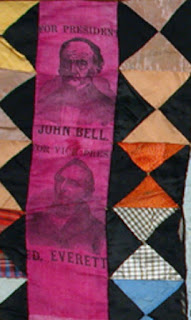 Bell and Everett ran against Lincoln in 1860. 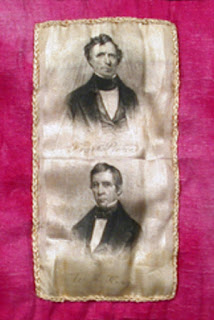 In the center between the numbers 18 and 76 she featured a ribbon from the Pierce/King campaign of 1852.

Another example of that ribbon

Below it is a fuschia ribbon for O.H. Strattan for County Clerk
Oliver H. Strattan was from nearby Louisville, Kentucky. 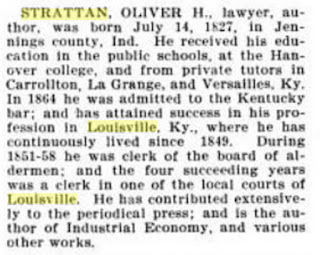 The Museum knows a bit about Maggie.

"The quilt was completed by Margaret E. (Maggie) Frentz in New Albany, Indiana, ca. 1876, when she was 22. She was born on March 7, 1854, and was the oldest daughter of Peter and Elizabeth Frentz. Elizabeth Frentz was from Louisville, Kentucky. This information was provided by the donor and also in a newspaper clipping in the donor file, though this information gave Maggie's age as 13 at the time she made the quilt.. This newspaper clipping says that Maggie pieced the quilt before and during the Civil War, which makes the age 13 fit." 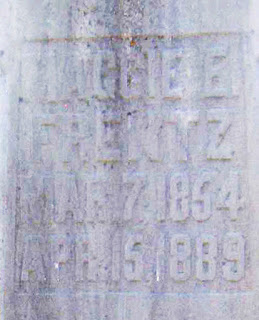 Maggie died at 35 years old in 1889. She's
buried at St. Mary's Catholic Cemetery in New Albany
with her parents and baby sister Adelia. 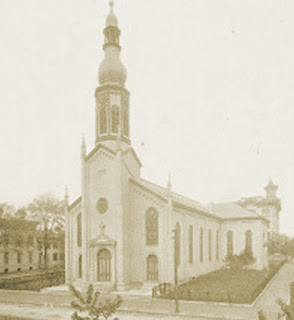 Maggie may have attended St. Mary's of the Annunciation church
built a few years after her birth.

Her father Peter Frentz was listed in various city directories as a sign painter, a stencil cutter, a brand cutter and the operator of  a variety store. Perhaps he had a stock of old campaign ribbons that Maggie put to excellent use. 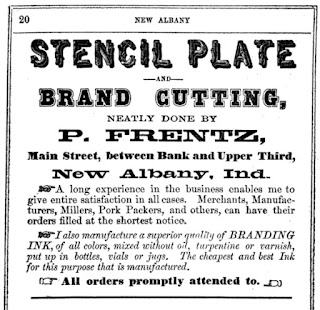 The 1859 city directory lists Peter Frentz as a stencil
plate cutter and proprietor of a "fancy store" at 336 and 342 Main. The
family lived in the same building.

He probably inherited this store from his father John B. Frentz who advertised in 1849 that he sold food and candy, toys, fireworks, musical instruments. John died in the 1850 cholera epidemic.

Peter and Maggie seem to have had a lot in common, both artists. They both took out patents. At 15 Maggie invented an improvement for corset fasteners. 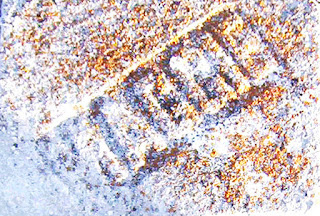 "Maggie" on her tombstone

I bet Maggie's given name was not Margaret but some variation of Magdalene. The 1860 census is hard to read but her name at 6 is not Margaret. Her father was born in Germany; her mother in Hanover (Germany). Their Indiana-born girls were Matilda, Magdalene and May. The boy perhaps Benj. 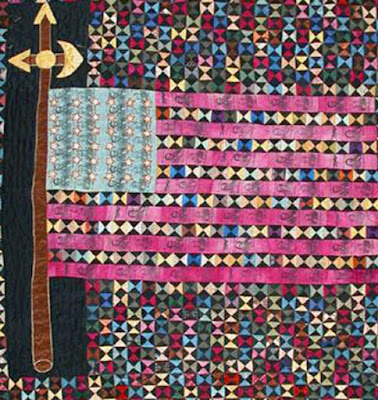 This one is just unbelievable! How big are the hourglass blocks? I pressume those silk ribbons were small so the hourglass must be minuscule too. Is it quilted in the ditch? From the pictures I can't see any quilting. It is still so perfectly beautiful, it barely shows its age. I spent half an hour just going from picture to picture. Unbelievable!! AMAZING!! Thank you for sharing this. ;^)

Sand Q:
Your guess is as good as mine. If the ribbons are 3" wide, so are the blocks. I bet it isn't quilted at all. A lot of silk quilt were just tacked or tied.

Wow - what a fabulous quilt!

This looks so contemporary! Maggie was a quilt designer decades ahead of her time. Thanks for sharing the photo and the story.

According to an article I found in Feb 1976 issue of "Quilter's Newsletter Magazine" it is hand tied and contains more than 1500 small triangles, not including the ones in the American flag. The pics above are much better than in the old magazine, amazing work!

Need To Increase Your ClickBank Banner Traffic And Commissions?