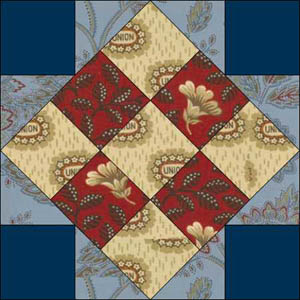 Union Square can represent the Union recruits,
eager to sign up in the spring of 1861. 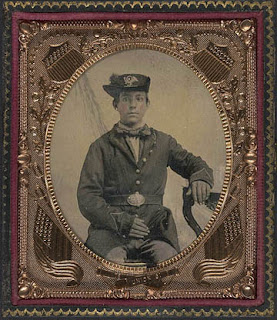 Individual Union states were responsible for raising troops to fight the new war. Using the same organization that worked during the War with Mexico in the 1840s, local militias volunteered under charismatic commanders. Ohio's George McClellan was state militia commander, Major General of Volunteers, and exceptionally good at attracting troops.Young men were drawn by patriotism and promises of glory, much to their mothers' anguish.

Milan April 20, 1861
"Dear Carlos
Likely you have heard about the war down South….You may have heard that Mrs. Dan. tried to stop Will, who had enlisted at ---she was too late---he had marched before she got there---She is said to consider it a greater affliction than any previous one, which have been many and severe."
H. Colton 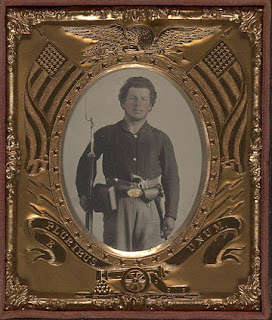 The photographs are from a Flickr Group and the Library of Congress called Civil War Faces. The Liljenquist Family recently donated their rare collection of almost 700 ambrotype and tintype photographs to the Library of Congress in remembrance of the and Confederate soldiers who served in the American Civil War. Click here to see the soldiers:
http://www.flickr.com/photos/library_of_congress/sets/72157625520211184/with/5229146672/ 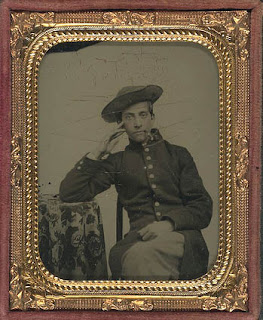 I brightened up the portraits a bit so you can see how young some of the boys are.
These beautiful photograph cases may give you quilting ideas for mid-century reproductions. 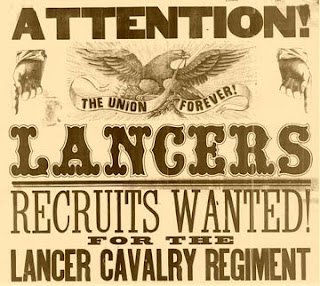 Recruiting units later used bonuses and a draft as well as patriotism and honor to attract soldiers. 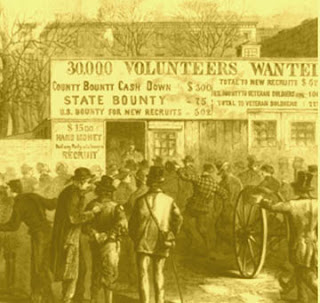 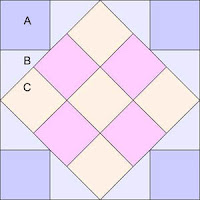 Cut each into two triangles with one diagonal cut. You will need 8 triangles. You may want to cut these triangles a little larger, say using a 3-1/4" square, and then trim them.
C - Cut 5 light and 4 dark squares 2-3/8" for the center nine patch. 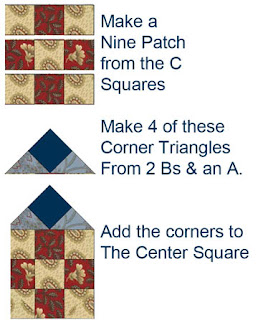 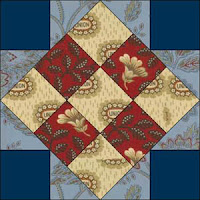 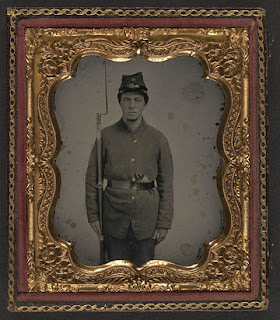 The letter above is from The Colton Letters: Civil War Period 1861-1865, edited by Betsey Gates. McLane Pub., 1993. The letters are from a large Ohio family of young men and women. 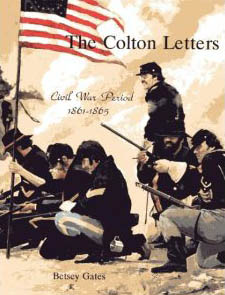 Thank you! Love all the details & the photographs, AND the blocks :)

Thank you for the block directions. I love the photographs in this post.

Thank you for the link to the Civil War Faces collection...they are remarkable. Kathe

Since I live in Ohio, I was particularly interested in the Colton Letters. I have completed the block and have posted it on my blog along with a how-to.

This is Taylor at PrintFriendly.com. One of your readers contacted me, asking to install our PrintFriendly button on your site. :p

I told them I couldn't, but would pass the request on to you.

It's easy and free. Here's instructions for blogspot: http://blog.printfriendly.com/2011/02/add-print-friendly-to-blogger-or.html