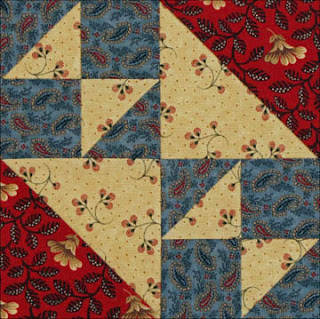 Fox and Geese
by Becky Brown
Fox and Geese can represent the standoff for control of that occupied political discussions in early April 150 years ago. While spring bloomed, an uneasiness settled North and South as took over the federal government. Sarah Rousseau Espey in sought solace in her needlework.

March 25, 1861
Pretty day, C. started to Georgia this morning, our folks [slaves] commenced planting corn; I still feel that strange depression of spirit, and dread of coming evil for which I cannot account; it seems that something dreadful is before us. Commenced fringing a counterpane.

's first crisis was re-supplying the Union Fort Sumter in 's harbor. Food was running out and threatened to fire upon any ships that might try to bring supplies. Gustavus Fox recently rejoined the Navy and he had an idea. President Buchanan had rejected this plan for sending ships stealthily to but told him to go ahead. Fox headed south in command of the steamer Baltic following the cutter Harriet Lane (named for Buchanan's niece.) The next day the U.S.S. Pawnee departed.
Would troops fire on the U.S. Navy and be viewed as the aggressors? Attacking the U.S. Navy would surely be an act of war. It was a game of Fox and Geese, and Fox was out maneuvered. The Confederates assaulted the Union-held Fort before the Baltic and the other ships arrived. Who was the aggressor then? Wasn't the Southern state just defending her borders? 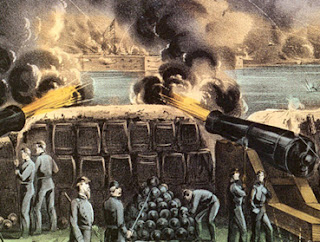 The Confederates assaulted the Fort from the batteries in Charleston harbor. After observing the two-day battle, Fox and the Baltic rescued the federal soldiers who abandoned to the Confederacy. 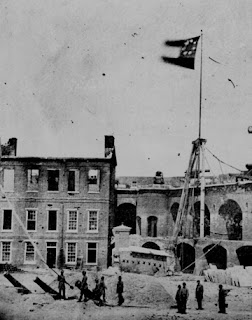 A stormy day and getting cold….Thomas went to Hale's and learned that the Carolinians have taken Fort Sumter and that our other volunteer company is ordered to Fort-Pickens, so I suppose the war is now opened….

The Fox and Geese pattern is a 19th-century design that was given that name in Carrie Hall's 1935 index to patterns. There are many variations of these four patches made of large and small triangles, but no record of what mid-19th-century quilters might have called them. It's #1313 in my Encyclopedia and BlockBase. 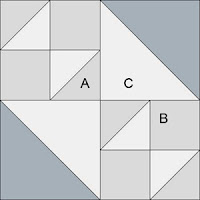 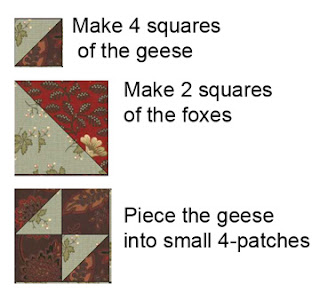 Finish by making a larger 4-patch. 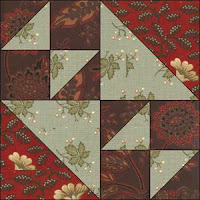 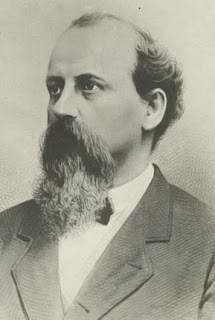 Gustavus Fox was a Navy man who'd graduated from the at and served in the Mexican War. In the 1850s he worked as an "agent for the Bay State Mills in ." Can we translate that to "a sales rep for a woolen mill?" He became Assistant Secretary of the Union Navy during the War and afterward went back to the woolen business in . 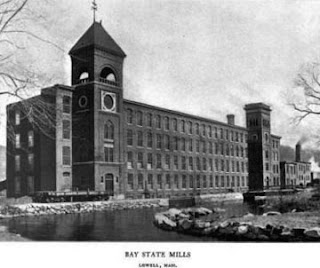 The Bay State Mills were the largest woolen mills

in Massachusetts in the late 19th century
Posted by Barbara Brackman at 6:00 AM

Done!!
thanks Barbara for this lovely block!

Another great history lesson...and a great block. It is becoming part of my Saturday morning ritual!

Thanks for the history. It's great to go through this year with these pieces of information joining the other things I know about the CW, and to have blocks that go with each one. Helps me remember.

Wonderful post and a nice, easy block. I have completed the block and posted a picture along with a how-to on my blog.

I have been following this Civil War blog, patterns and history since January and decided that I just couldn't start another project,,well, my mind just wouldn't be quiet. So today, I am going to attempt to catch up with the blocks. I'm excited, yet fearful. So here I go, will post a block when it's done. whew!!

Enjoying every block and history lesson as much as the first. First thing that I do on Saturday mornings, was thrilled to finish the first two rows today.

The cream fabric on the Fox and Geese block by Becky Brown is beautiful! Any idea what pattern or company this is made by? I would love to locate some.

These are all wonderful! I have been out of commission for several months and have only just now discovered this blog and the weekly Civil War blocks. You are so generous with your knowledge and time. It is very much appreciated. I am hopeing that the CW quilt group I belong to will be interested in doing these blocks if they havent already started. Thanks again. Now to go back and catch up.
Shirley

Thanks a lot for this blog, Barbara ! I love reading the history too ! This blog is my favorite ! ;-)

I have posted my block on my blog (http://corazonesacolchados.blogspot.com/2011/05/nuevos-bloques-para-el-sampler.html)

It was very interesting to read about this in your article. blood pressure Read a useful article about tramadol tramadol