As Flag Day is June 14th we can revisit the idea of the Civil War "Union" Quilt, a description we find often in old newspapers---but rarely do we see what a Union Quilt is. An exception: 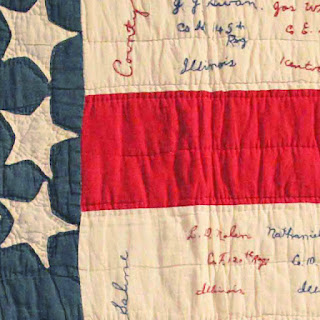 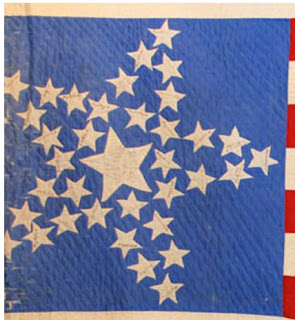 From a flag quilt made for Abbie Clark of Canandaigua, New York in 1866
Ontario County Historical Society 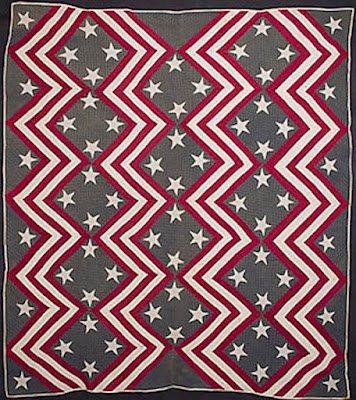 Quilt dated 1891 from Stella Rubin's inventory
Ellen Lucinda Bennett Welch (1842-1918), Connecticut, 1861
http://civilwarquilts.blogspot.com/2016/03/clamshell-with-petersons-magazine-border.html
Or will any patriotic quilt qualify?
Made any time after the beginning of the Civil War? 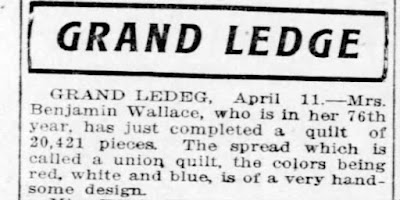 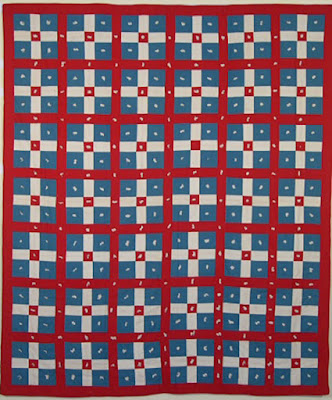 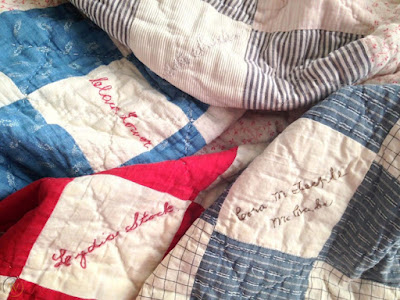 A Union quilt at the Methodist church fair in Selma, California,
1908
I have to conclude that a Union Quilt is anything one might consider patriotic, whether because of the imagery or the colors of the flag.

The press of the early-20th-century often referred to the red, white and blue as "The National Colors," a search I used to find some of these references.
See some earlier posts on Union Quilts: