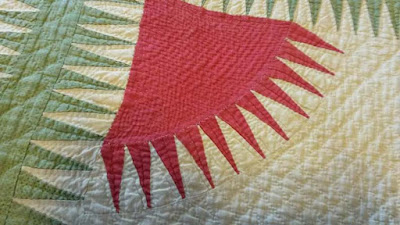 Quilt in a popular Southern pattern unfortunately often called New York Beauty today although traditionally the design was called Crown of Thorns or Rocky Mountain by the people who made them. 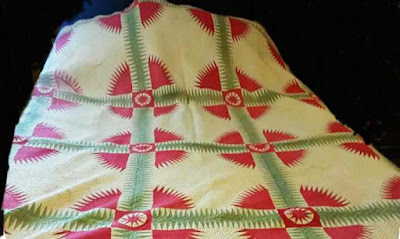 Attributed to Frances Elmira Henry Rickman (1829-1926)
of north central Tennessee
Ginabeth alerted us to a version with another name at the QuiltHistorySouth facebook site. 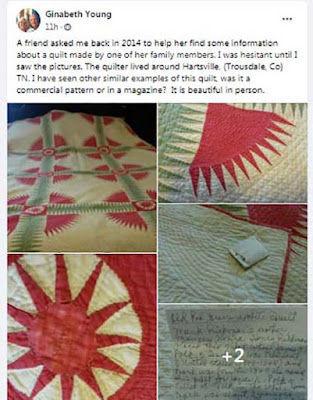 There is a packet on the reverse with a note inside. 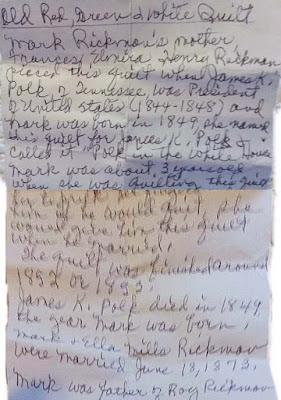 Frances's ancestors were early European-American settlers in Tennessee up by the Kentucky border. 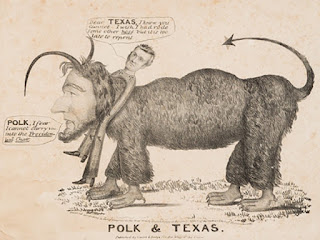 As a Tennessean Frances may have begun this quilt during the hot contest between Polk of Tennessee and Henry Clay of Kentucky. Polk was yoked to a promise to admit Texas as a slave-holding territory. 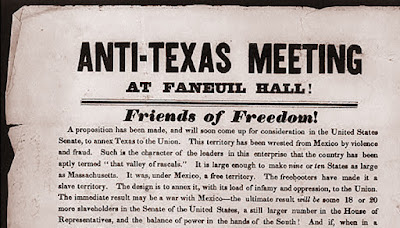 Antislavery advocates in Boston were outraged. 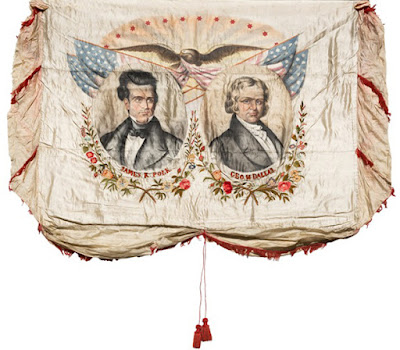 Embroidered political statement, 1840s from Heritage Auctions
Both Democrats and Whigs appealed to women in that 1844 election. Much evidence indicates that politics played a role in the innovative patchwork of the day, particularly in Tennessee. 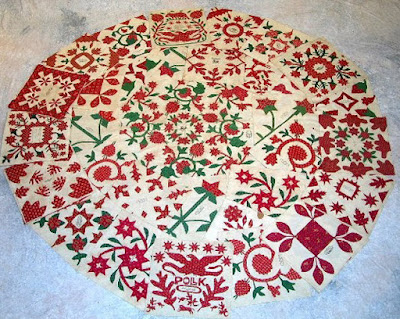 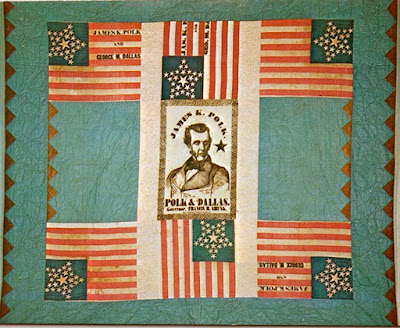 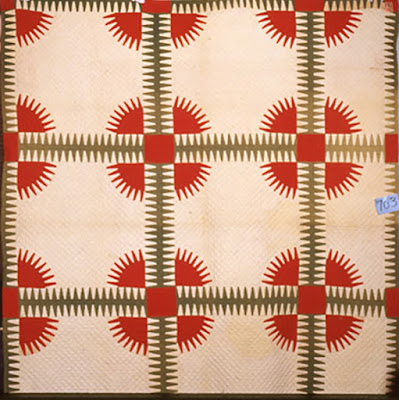 Similar quilt attributed to Irene Dinning of Franklin, Kentucky.
The family called it "President Polk in White House."
Quilt from the Kentucky project and the Quilt Index.

Raffling a "Polk in White House" quilt in Indianapolis, 1901 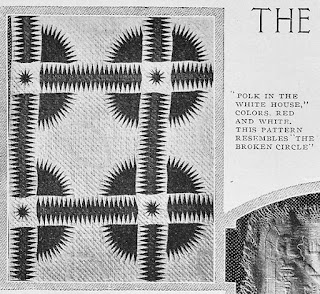 Eliza Calvert Hall published that name for the pattern in McCall's Magazine in
February, 1913.

The Missouri project documented another with a note pencilled on the back
with the name "Poke Dallas Texas." (It took us awhile to figure out what Poke meant and
that Dallas referred to his running mate.) 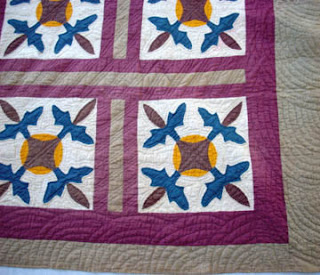 This applique quilt from an online auction had an inscription on the reverse:
"Polk and Dallas" 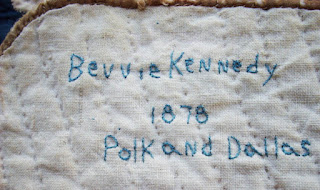 The thread and embroidery style do not look 1878---
so we can guess the quiltmaker did not do the signature.
However it tells us what name was passed on with it. 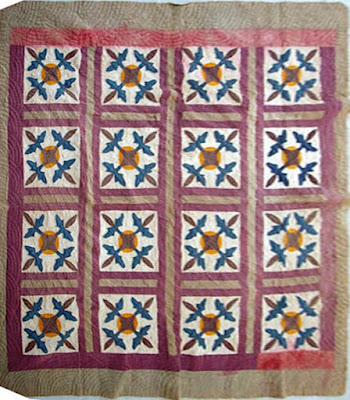 Read more about Polk and quilts at these posts:
https://barbarabrackman.blogspot.com/2018/08/poke-weed-politics.html

https://barbarabrackman.blogspot.com/2018/10/political-patterns-1-1852-reference.html
Posted by Barbara Brackman at 6:00 AM

Lovely bunch of history and quilts woven together.