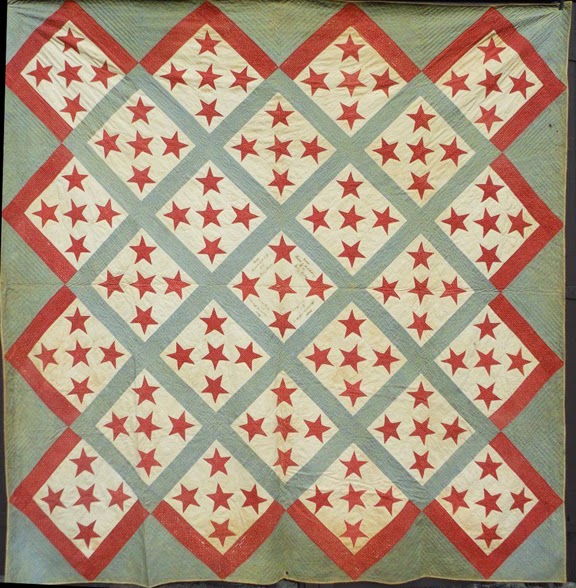 I recently bid on this unusual patriotic quilt in an online auction (and lost.) I was intrigued by the pattern, a repeat of five appliqued star blocks. 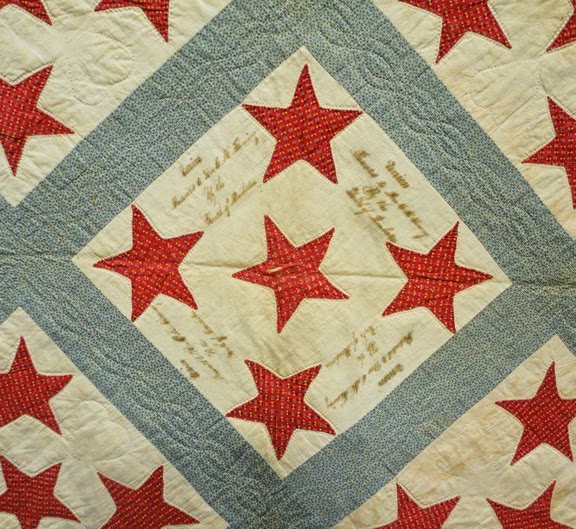 And particularly by the inscription repeated four times
in the center block. 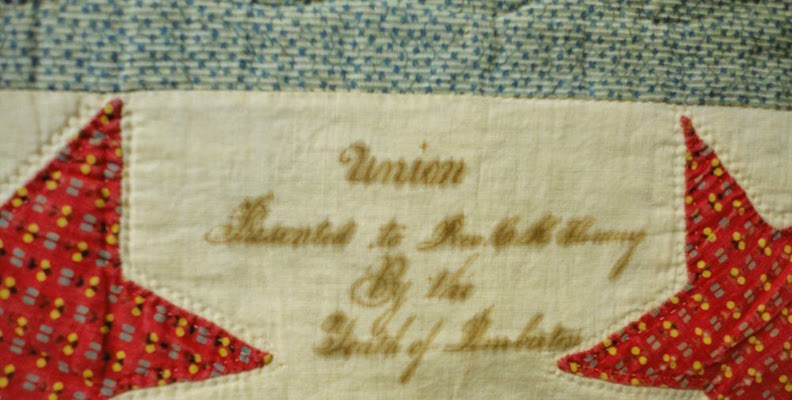 "Union
Presented to Rev C.K. Fleming
By the
Youth of Pemberton"

Was it a Civil War quilt, made during the war years?

I analyzed the fabrics, style and quilting visible in the photos.

The quilting---it's hard to see in the photo but I was a little concerned about the minimalism in the quilting and particularly that single cable in the sashing. The single cable is a rather weak clue to the 20th-century but I really would have to see this quilt in the cloth to determine when it was quilted.

The condition---The Turkey red was fracturing as it often did, particularly near the edges. The ink had bled making the words difficult to read and it need a careful cleaning.

I bid on it, and while I was waiting to be out-bid I did a little work on the social context to see if that would help in dating it. It was easy to find the Rev. C.K. Fleming. 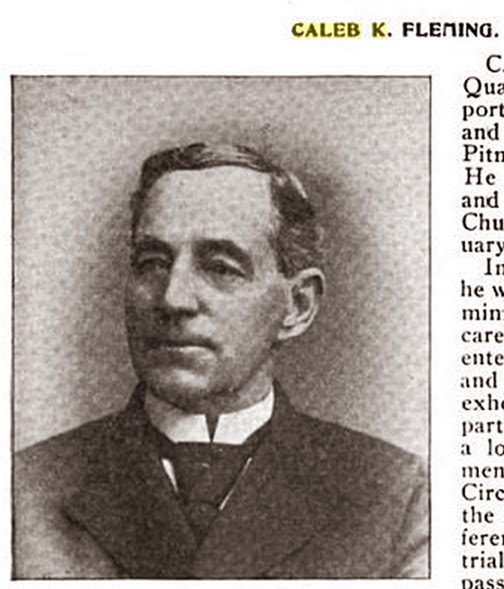 Caleb K. Fleming (1824-1896) was a Methodist minister in New Jersey. In the days when Methodist preachers spent two years at each post he spent 1858-1860 in Pemberton. New Jersey.

"The Sunday schools... had, in 1860, three hundred and seventy-five children."

The 1860 census found him in Burlington, New Jersey, as a 31-year-old Methodist minister, married to Emma with two children Hannah (6 years-old) and baby John. 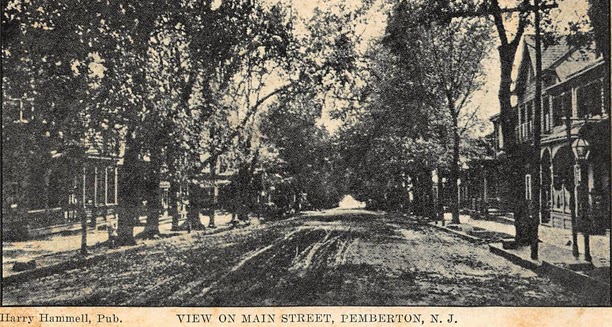 The quilt top, probably made by his Sunday school scholars in Pemberton, most likely dates to 1860, a gift for a departing friend. It may have been quilted later. Technically it wasn't made during the Civil War, but it certainly reflects pre-Civil-War partisanship.

I was quickly outbid. The quilt sold for a little over $400.

More about the man:


Rev. Caleb K. Fleming, late of this city and county. father of John R.Fleming, was born near Bridgeport, N. J., August 30, 1824. He was the son of John and Abigail Fleming and of Quaker descent. He was a farmer’s son, and his school days were limited. having only one winter at the Seminary. He was converted at a Methodist altar, baptized by Rev.J. K. Shaw and united with the church at Paulsboro, where his parents then lived, January 31, 1840. While a student at Pennington he was licensed as an exhorter by Rev. Joseph Atwood, and as a local preacher by the Swedesboro Circuit. He was received on trial in the New Jersey Conference at Salem, April 21, 1847, and was ordained by Bishop Janes in 1849. He married Emma H. Stanger, of Glassboro. April 30, of the same year. During the fifty years of his ministry he served the following charges: Glassboro; Kingswood; Moorestown; Medford; Broadway, Camden; Pemberton, Burlington, Sharpstown; Broadway, Salem; Millville, Bordentown; Tabernacle, Camden; Bridgeton, New Brunswick; Port Republic; Ocean City; Mays Landing; St. Paul's, Atlantic City; and Pleasantville. He was a much loved and successful minister. Many souls were saved and churches built up by his efforts. He never spoke from notes, and his sermons were of the plain. sympathetic, Gospel order. He filled some of the best appointments in the State. and was a devoted husband, father and friend.
For his second wife he married Ann C. Collins, of Port Republic, April 28, 1892, and became a supernumerary in 1895. He died suddenly of heart failure while attending the Pitman Grove Camp Meeting. August 3. 1896.

https://books.google.com/books?id=iucpAAAAYAAJ&pg=RA2-PA104&lpg=RA2-PA104&dq=caleb+k+fleming+pemberton&source=bl&ots=ltJA1GUWSG&sig=SAd3nmD-VZihg_0qc3eoHlCYBpg&hl=en&sa=X&ei=wFOIVKXIJcqzggS5ooLwCg&ved=0CCQQ6AEwAg#v=onepage&q=caleb%20k%20fleming%20pemberton&f=falseno
Posted by Barbara Brackman at 6:00 AM

That is a wonderful quilt and love the simplicity and fabrics.

Beautiful quilt...love the clean and simple lines of it.

I'm sorry you lost out on the bidding. I hope the new owner appreciates the quilt's history. We were in southern New Jersey last fall (Road Scholar course in Cape May) and observed Methodist churches in every small town.

Thank you for sharing your research on the one that got away from you. Better luck next time and perhaps one for less money, too!

What an interesting quit and such a fun story!

Great quilt! Thanks for sharing the story.