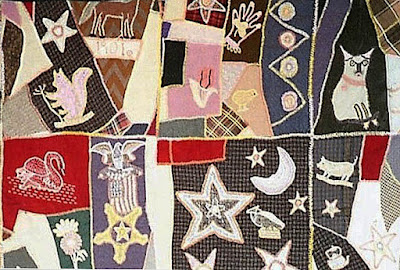 Detail of a crazy quilt dated 1901
Collection of the Sharlot Hall Museum in Arizona
The white cat and pink squirrel catch your eye but there's
also a representation of a Grand Army of the Republic badge. 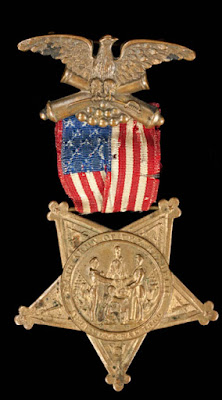 Grand Army of the Republic Badge
And a lot of stars....
Was it a G.A.R. quilt? 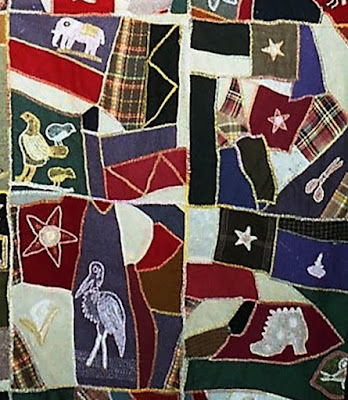 Also: symbols often seen on crazy quilts like cranes and shoes
and chickens. 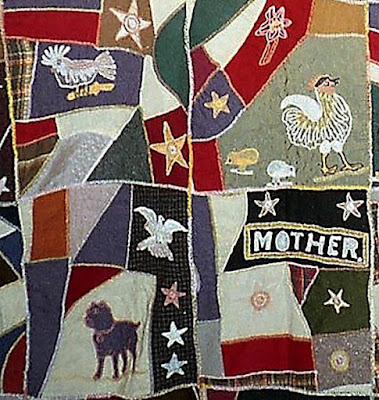 And bulldogs, but a lot of stars. 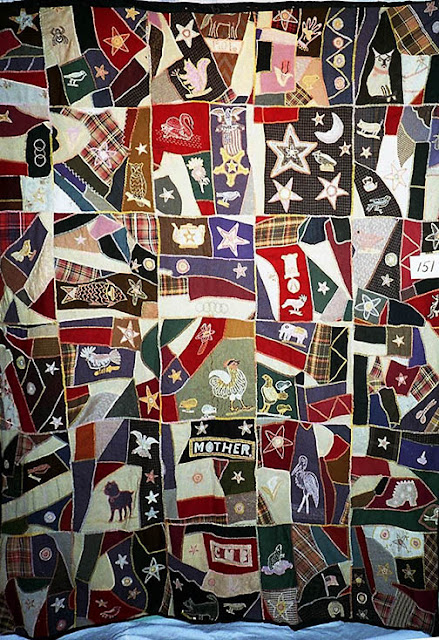 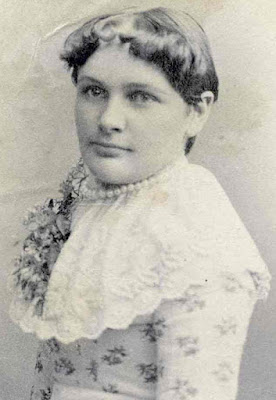 Sharlot Mabridth Hall (1870-1943)
I thought Sharlot Hall was a place but I see it's a woman. Journalist Sharlot Hall saved a place, the Arizona Governor's Mansion now named for her, the Sharlot Hall Museum

And they own the quilt.
Posted by Barbara Brackman at 6:00 AM

Hmmm, interesting things to add to my Crazy Quilt, once i get it started. Thanks.