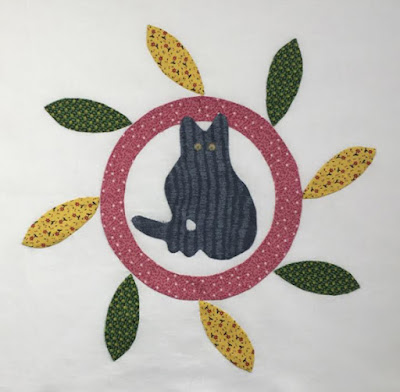 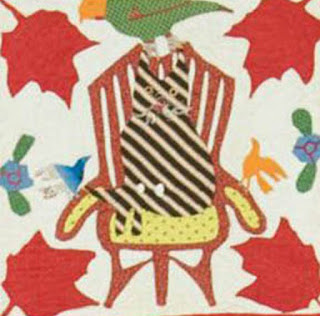 International Quilt Museum
One of two cats in a quilt dated 1867 by Lucinda Honstain
of Brooklyn, New York.
Calico cats can remind us of Calico Balls, a Civil War fundraiser. The idea was that women came in cotton dresses, thereby saving money that would have been spent on finery, money that then might be donated to the cause. 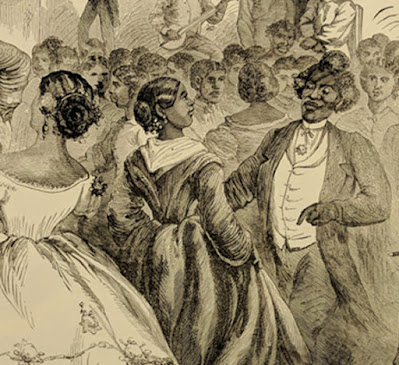 In 1862 African-American women of New York hosted a Grand Calico Dress Ball in Mozart Hall on Broadway to benefit refugees in Beaufort, South Carolina, recently occupied by Union troops after white citizens had abandoned their homes and their enslaved people. 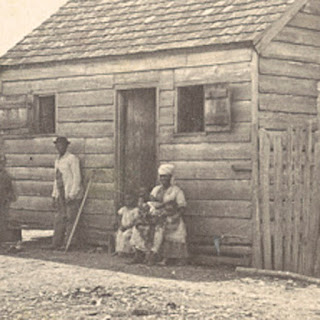 "Contraband people," the abandoned "property" of the South in
coastal South Carolina were hungry and dressed in rags.

Timothy O'Sullivan photo of the newly free people of  Beaufort 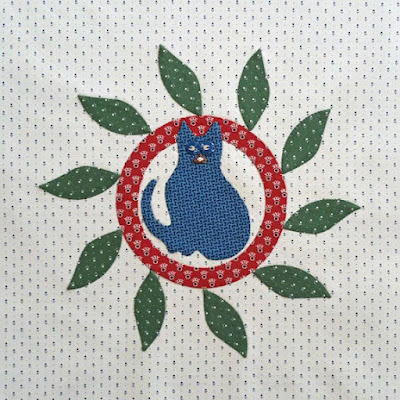 Ella Forbes in African American Women During the Civil War tells us they raised $156 plus clothing sent "direct to the contrabands, who must know that they have friends of their own race at the North." The committee include Miss C. Bruce and the Mrs. C. Hopewell, J.H. Jackson, E. Odell, E. Parker, L.Shad & P. Williams. 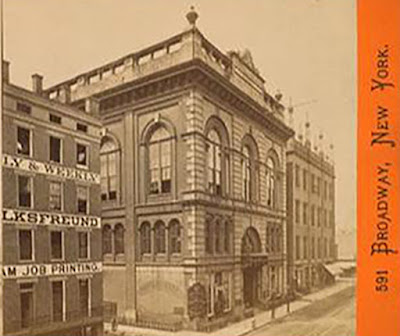 Calico balls were all the rage for fun and profit (to be donated.) 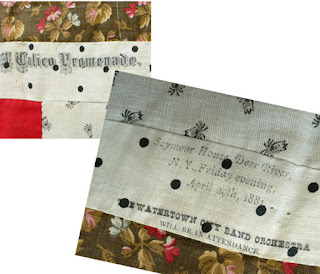 An invitation to an 1881 Calico Promenade in Watertown, New York
was printed on a polka-dot calico. Someone cut it
up for a log cabin quilt sold at Fourth Corner Antiques
The Block 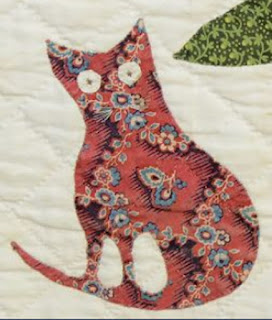 Cat from a block signed Rozanne Evans,
Stella Rubin's inventory
This view of a cat was popular with mid-19th
century quiltmakers in New York & Connecticut. 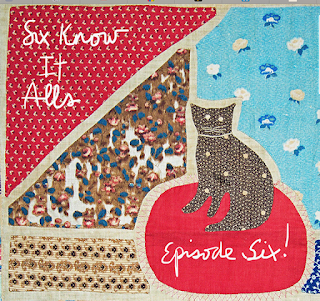 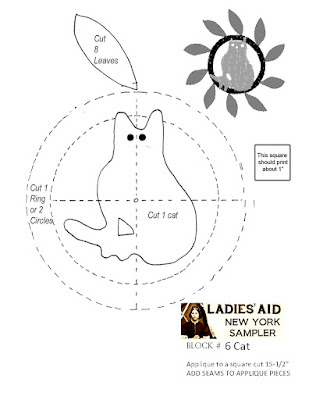 The pattern for Ladies' Aid Album #6. 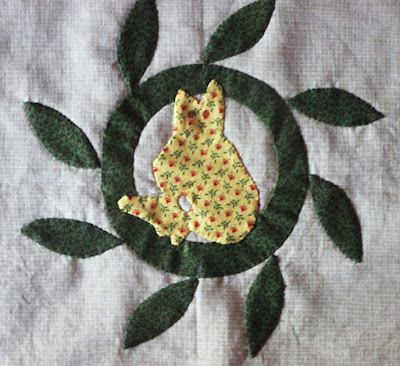 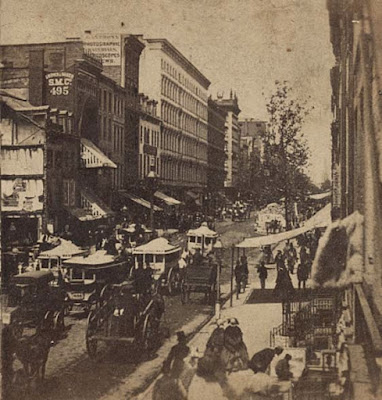 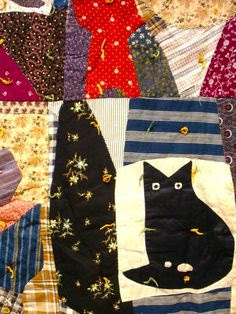 Early-20th-century crazy quilt.
Bet it's from New York or Connecticut.

Another calico ball fundraiser two months later, note from the New York Times,
this one aiding soldiers' families.
See posts about cats on quilts:
https://civilwarquilts.blogspot.com/2018/04/cats-on-quilts.html
And more on calico balls:
http://barbarabrackman.blogspot.com/2013/05/calico-balls-for-fun-and-funds.html
English reporter George Sala on a Civil-War-era  tour of the U.S. came across the Calico Ball phenomenon: 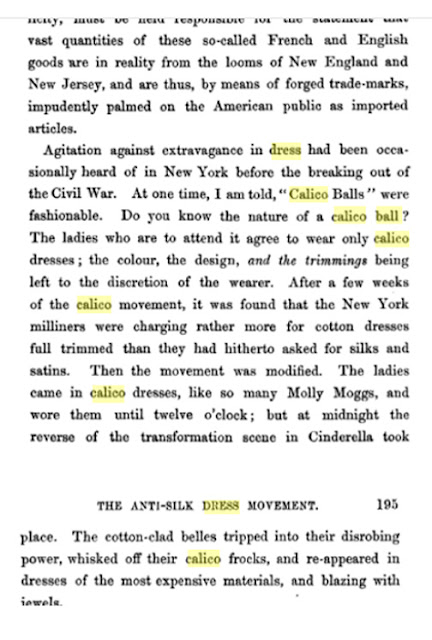 Molly Mogg was the subject of an 18th-century poem about
a lower class girl and the tragedy of love---the classic Cinderella tale ---
part of the appeal of the calico ball. 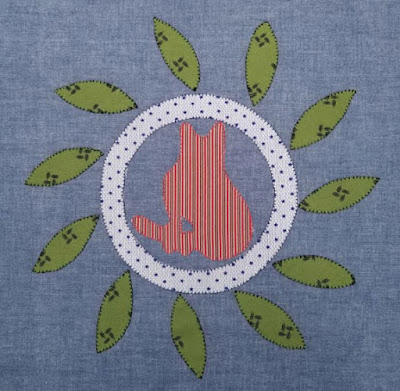 Calico Cat by Denniele Bohannon
For Rebecca: The link to our Facebook group:
https://www.facebook.com/groups/760271491561619
Posted by Barbara Brackman at 6:00 AM

I will be selecting fabrics today! Could you send me a link for the Facebook group for this BOM? I had to start a new Facebook account and I can not find the group. Thank you! And thank you for such a fun sampler quilt.

I'll have to remember the cat when I start my Crazy Quilt... someday!