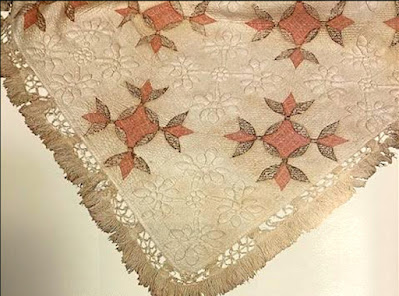 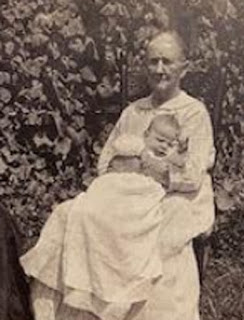 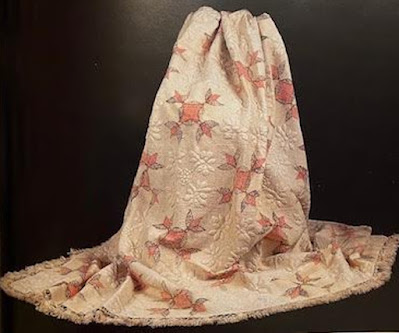 Her stuffed and fringed Turkey Tracks quilt was documented
by Merikay Waldvogel, Bets Ramsey and the Tennessee quilt project
and pictured in their book
Southern Quilts: Surviving Relics of the Civil War 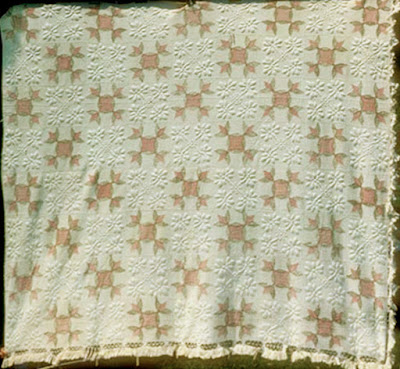 Victoria's family brought her quilts in for documentation in 1985 and told the story
that this special quilt spent the Civil War years underneath the
floor boards in Victoria's house with other valuables. 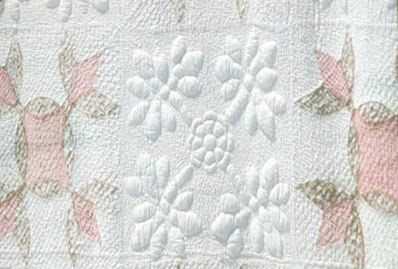 It may have been her wedding quilt. She was married in 1859
when she was 21 to a rather wealthy man, Jonathan Moore Caldwell, 40,
a farmer who was also Rhea County Sheriff.
But then it might be later. 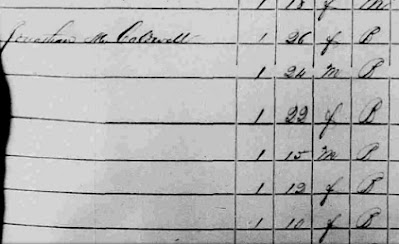 The 1850 slave schedule indicates Jonathan as a single man owned 3 adult and 3 minor slaves.
When the Civil War began Victoria had been married for two years but had no children. (She'd eventually have 12.) 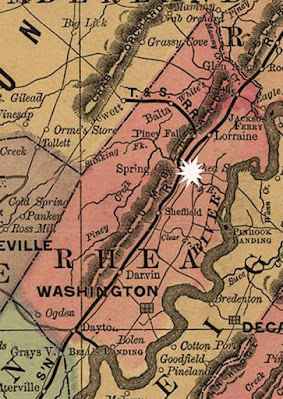 She lived in the northern part of Rhea County in rolling hills along the Piney River in a community now called Spring City, once known as Walnut Grove and Sulphur Spring. Much of her neighborhood was flooded by the Watts Barr Lake in the 1940s. 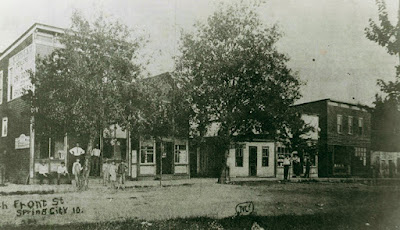 Spring City in 1910
Tennesseans had divided loyalties in the Civil War. Rhea County's were decidedly Confederate, raising 7 CSA companies and only one Union. Jonathan Caldwell served in Company B, 43rd Infantry Regiment CSA ("Piney Boys") under Captain Andrew J. Cawood. A popular man Jonathan was elected Lieutenant. They went off to defend Vicksburg, Mississippi, which fell to the Union in July, 1863. Captain Cawood was killed; the Regiment was captured and later exchanged. Their final posting was as escorts to Jefferson Davis in the last weeks of the war until his surrender in May, 1865 in Georgia.

During the war Victoria gave birth to her eldest child Audley Walter. After the war Jonathan operated a grist mill near Spring City. As noted Victoria had 11 more children. 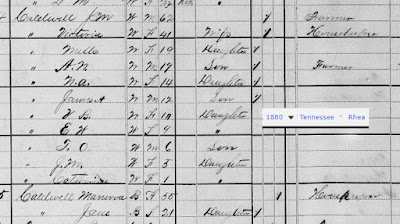 The 1880 Census
Next door: two Black women, Manerva and Jane Caldwell.
Was 55 year-old Manerva one of the enslaved women listed on the 1850 schedule?

In the 1880 census 9 are living at home. Catherine (Kitty) was a year old and Victoria was pregnant with Cecil. Edwin, the last, would be born in 1883.

Reunion of a 43rd Infantry Company
The Tennessee project saw a second stuffed quilt attributed to Victoria Caldwell, pictured in their book Quilts of Tennessee: Images of Domestic Life. 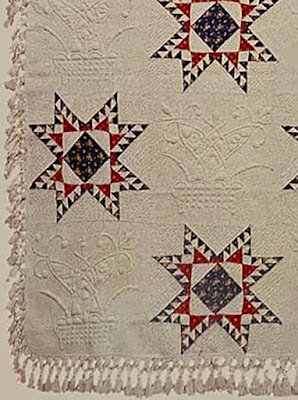 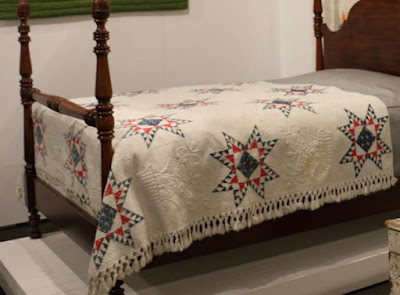 The Feathered Star was shown the Tennessee
State Museum a few years ago. 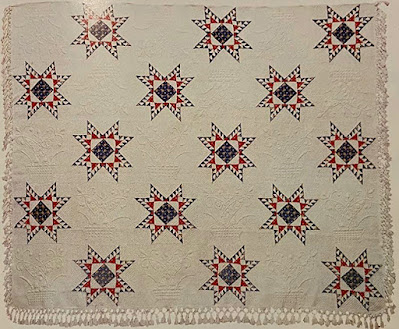 Rhea County quilts are exceptional.
There was definitely something going on there after the War.
Although most stuffed work quilts date to 1860 or earlier
Merikay and Bets believe these to be from the 1870s and later. 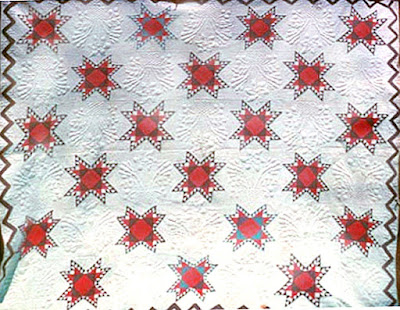 Here's a second Rhea County feathered star, this one attributed to
Adelia Gillespie Darwin (1839-1889)
of Evensville in Rhea County. 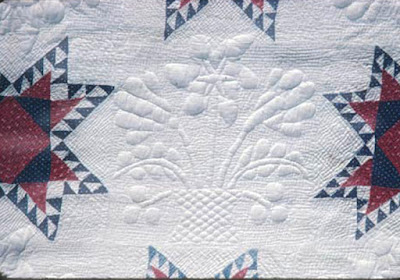 The slides have changed color over the years but this detail seems
to show the true shades. Is that a claret red?
Adelia was married to William Perry Darwin, Victoria Darwin's
brother. 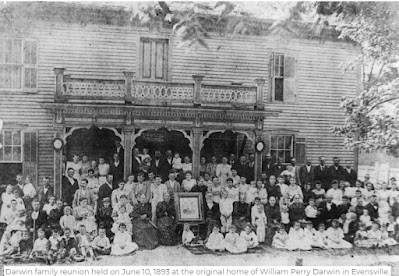 1893 Darwin family reunion in Evensville at Adelia's house after her death.
Is that her in the framed portrait?
We have noted the irony in a family of Darwins in Rhea County home to Dayton, Tennessee and the Scopes Trial denying free speech to a teacher of evolutionary theory. Some of the Rhea County  Darwins believed they were close cousins to Britain's Charles Darwin, but a little genealogy shows they were very distant cousins at most. 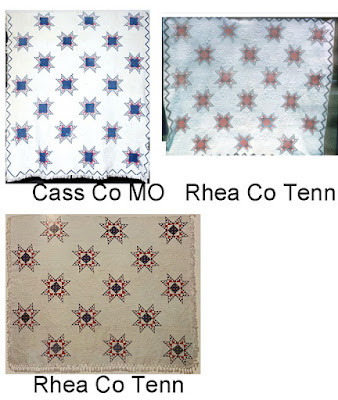 These feathered stars have a cousin found in a Cass County Missouri
documentation project. The mind gets boggled.
What was going on in Rhea County?
Did the sisters-in-law Victoria and Adelia make these quilts?
If not who did?
Read more about the Missouri quilts probably made in Rhea County at these posts:
https://quilthistorysouth.blogspot.com/2020/11/tennessee-to-missouri-1-regional-style.html