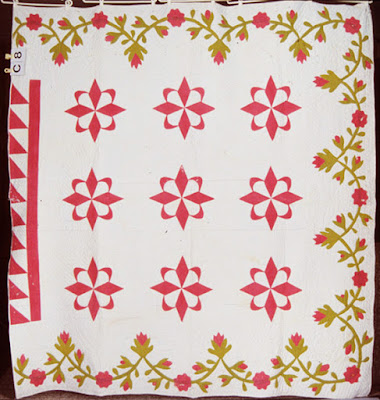 Quilt dated 1859, Jenny M. Foote
Iowa quilt project and the Quilt Index
In early 1860 Melvina Bent Brooks of Ellington, New York sent a box to Philadelphia packed with the annual work of the town's Ladies’ Anti-Slavery Society. She addressed the shipment to William Still, clerk for the Pennsylvania Anti-Slavery Society. Each year, she explained, the society “sent a box of clothing, bedding etc. to the aid of the fugitives.” 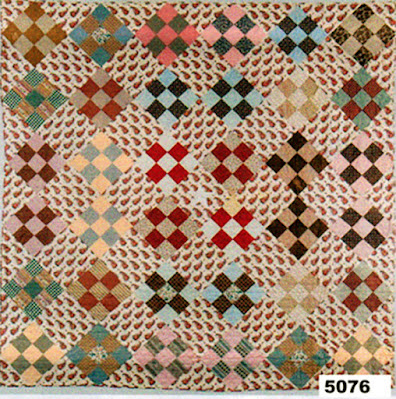 Dated 1859, Ella Hapgood Ward, Massachusetts Project
and the Quilt Index. We don't know what the 8 quilts in the
box looked like but here are some dated 1859. 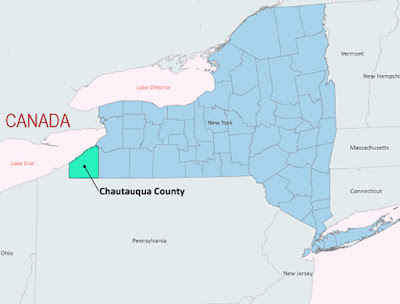 Ellington was just across Lake Erie from Canada and freedom
The Ladies' Anti-Slavery Society was formed in 1854. Although Chautauqua County by Lake Erie had many people active in the underground railroad and many runaways passing through, the Society's 1859-60 box went southeast to Philadelphia where it benefitted some of the 43 escaped slaves who were assisted by the Philadelphia agency as they passed through the city in that year before the Civil War began. 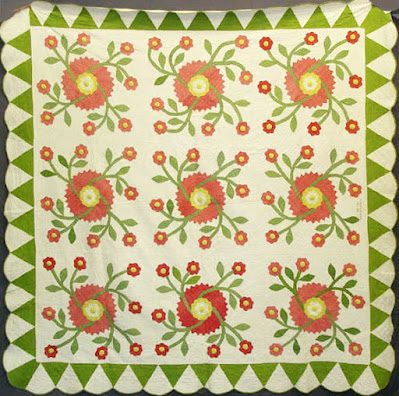 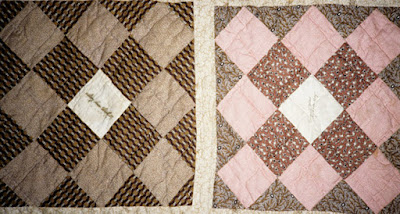 1859, New Jersey project
Her inventory indicates a quilt was worth from $3 to $4. 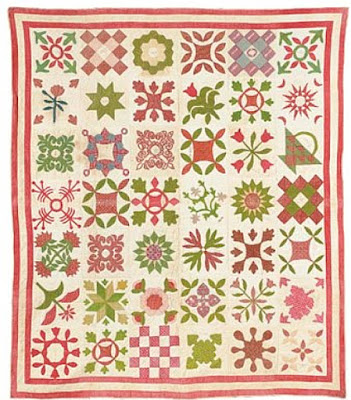 1859, New Jersey
The Ellington Quilts may have been more
utilitarian, but you never know.
The entire box of bedding and clothing was valued at $56.51. 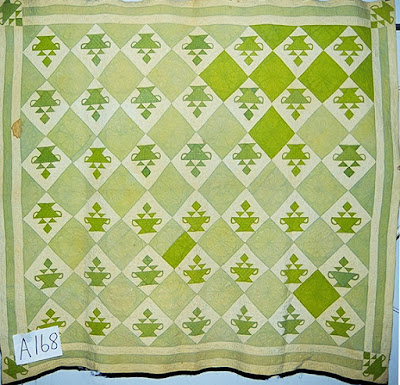 1859 M.F.
Wisconsin Project
Melvina Bent Brooks (1831–1913) was a well-to-do physician's wife. Husband James Brooks was born in Ohio to a family active in the antislavery cause. They married in 1848 and Melvina moved to Ellington from Vermont. The censuses usually list them with a live-in female servant, Melvina giving her time to devote to charitable causes. 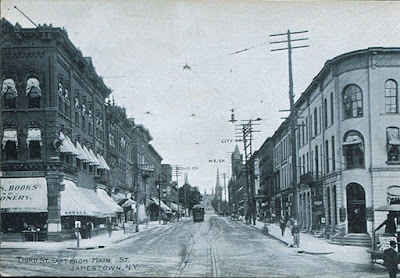 Jamestown was the county's biggest city, here in 1913. 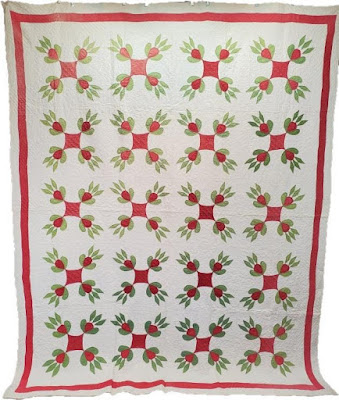 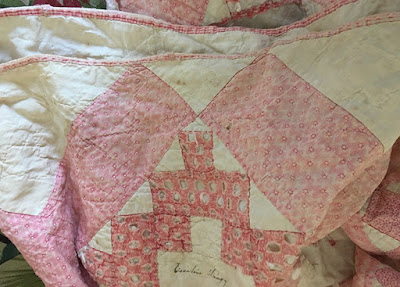 1859 Album
It's not hard to imagine why we have so few surviving quilts associated
with the underground railroad---used and used up.
The Philadelphia Antislavery Society's agent William Still kept good records, including his correspondence with Melvina Brooks. Read his 1872 book on the P.A.S.S. The Underground Rail Road.
https://www.google.com/books/edition/The_Underground_Rail_Road/8ANWAAAAcAAJ?hl=en&gbpv=1&dq=william+still&printsec=frontcover
Posted by Barbara Brackman at 6:00 AM

The price of the quilts is about what some people believe quilts are worth today. LOL

I googled average wages for 1860 and I suspect the price was a fair one. The workers listed below would have had to save up to buy one of those quilts because they probably didn't have much left each week after the necessities. Notice the wage is based on 60 hours!!!! They sure worked hard.

Here is the average weekly wage for 60 hours a week:

I've lived most of my 65 years in Chautauqua County, and grew up in Jamestown. What a treat to see this area highlighted. It's a source of local pride, that our county was so active in the underground railroad. Thank you!

Beautiful quilts, I'd love to make some similar!