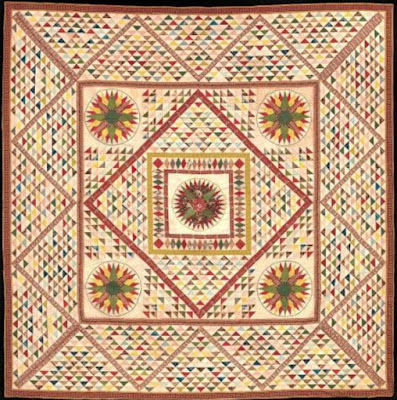 One could tell America's story through one family--- tales of each generation and their chronological contexts. A prime example would be the Key/Lloyd/Tayloe/Scotts, including stories of the first Phillip Barton Key who remained loyal to the British in the Revolution to his nephew Philip Barton Key II, murdered by Dan Sickles, later a Major General in the Union Army, and ending with novelist F. Scott Fitzgerald in the first half of the 20th century. 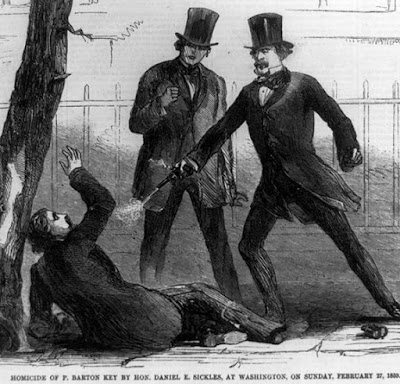 Here is one more chapter. We don't know much about an escapee from slavery named Amarian. She was born about 1836 in Maryland to another Amarian whom she recalled as being named Amarian Ballad of Hagerstown. In 1857 she'd had enough of slavery and took off by herself (she reported) for free Philadelphia, where she sought assistance from the Pennsylvania Anti-Slavery Society, which ran an agency dedicated to helping people like her. 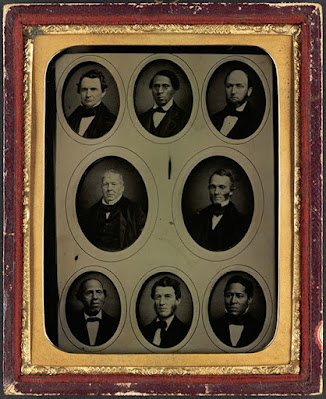 Historical Society of Philadelphia
William Still is at bottom right.

The Philadelphia Vigilance Committee's chair and salaried clerk William Still, born a free black in New Jersey, was quite methodical in his record keeping. He noted Amarian was medium size, light colored and smart (a word that meant more than intelligent---perhaps fashionable and pert) and had a "prepossessing countenance," which also meant attractive. Amarian who gave no last name could read and write and play the piano. She was not the usual type of female runaway whom Still encountered. 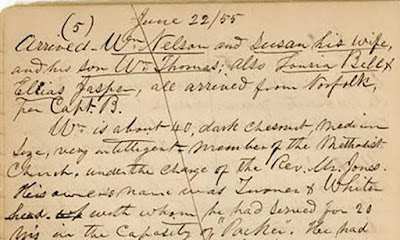 He and the Vigilant Committee (as it is also spelled) asked their clients how they'd been treated in slavery and he often recorded the final insult that inspired them to flee. Amarian told the Committee that she had "always been used very well; have had it good all my life," which "staggered" them, so used to hearing horror stories of violence, rape, terror and family disruption. They thought she might be misleading them about her past but decided to "give her the benefit of the doubt." 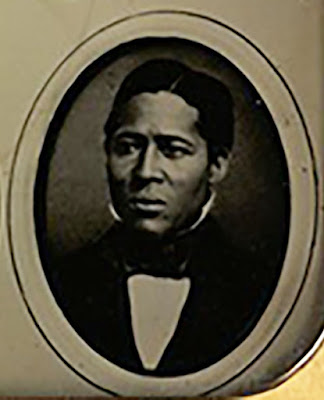 Still also methodically recorded the names and locations of the slaveowners and wrote: "From a child Amarian had been owned by Mrs. Elizabeth Key Scott, who resided near Braceville, but at the time of her flight she was living at Westminster, in the family of a man named 'Boile,' said to be the clerk of the court." Although spelling was variable we can easily find the people who held Amarian in bondage for 21 years, more obscure members of the Key & Scott extended families. 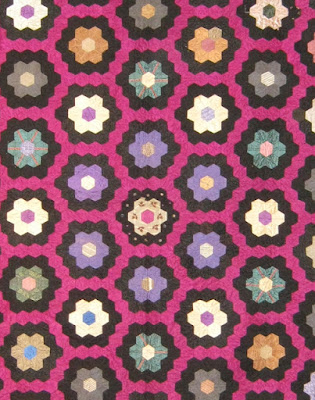 The Keys and the Scotts were Maryland elite. We're most familiar with Francis Scott Key (1799-1843), the Baltimore lawyer who wrote the American national anthem. His wife Mary Tayloe Lloyd Key made the quilt at the top of the page. Francis was cousin to Amarian's slaveowner Elizabeth Key Bruce (1778-1862) . 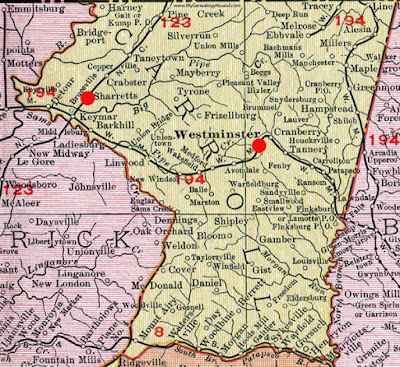 Amarian's homes in Westminster & Bruceville, Carroll County
before her escape
Elizabeth married John Daniel Scott. Their home was not Braceville but Bruceville, named for Elizabeth's father's family. The Scotts and Amarian lived near Bruceville at a place called Good Intent in a large stone house on the north side of Pipe Creek. 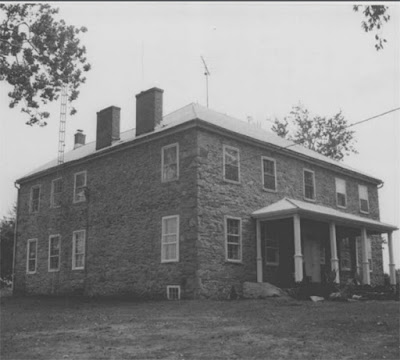 Good Intent in 2002
John Daniel and Elizabeth had a daughter, another Elizabeth (1812-1876). In 1832 Elizabeth Maynadier Scott married John Brooke Boyle and these are probably the "Boiles," the people Amarian escaped. The 1850 census records John Boyle as a clerk with a family of six children from 17 down to infant John. 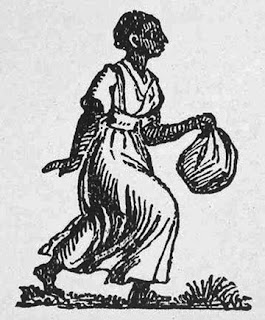 I did not find any runaway ads for
Amarian or the Boyles in the 1857 newspapers
Why did Amarian leave? Transition from one Elizabeth Scott family to another may have been unpleasant. Many runaways were wary of being passed from one generation to a new family (with whom they might recall contentious experiences.) 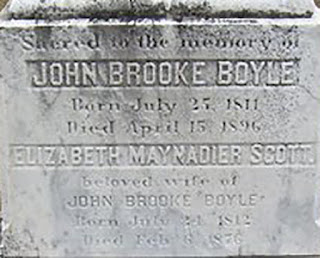 We can imagine the Scott's and Boyle's indignation at finding Amarian gone. Laments like: We treated her well; she was happy; better off with us than free and on her own, etc. Apparently Amarian did not agree.
We have no information about Amarian after she left the offices of the Vigilance Committee. William Still sometimes recorded letters from now-free people in Canada and free states but nothing from Amarian. Did she keep that unusual name? 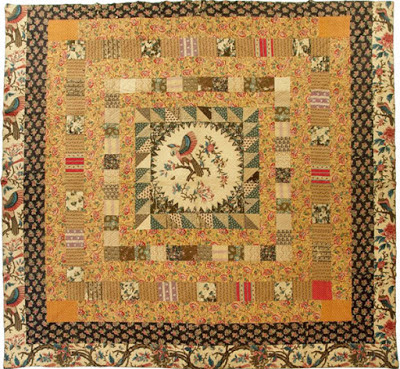 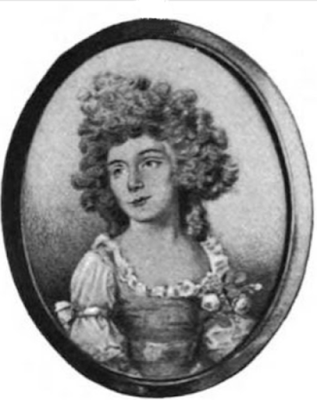 Rebecca Lloyd Nicholson (1771-1847)
Her brother was Governor right before the War of 1812.
Read more about the quilts in this branch of the family here:
http://civilwarquilts.blogspot.com/2020/08/rebecca-lloyd-nicholsons-civil-war.html 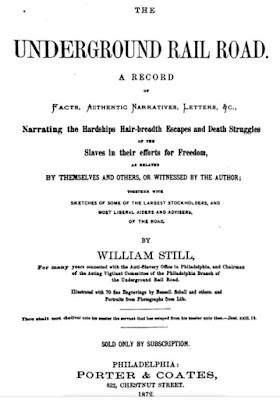 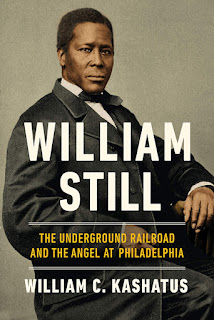 And read a preview of William C. Kashatus's biography and analysis of Still's records, which begins with an amazing story of the Underground Railroad. (Why do people make things up when the true stories are so compelling?)
https://www.google.com/books/edition/William_Still/_4LvDwAAQBAJ?hl=en&gbpv=1&dq=William+C.+Kashatus&printsec=frontcover
Amarian's story is so intriguing I think her experiences in Philadelphia should frame the 2022 applique block of the month quilt here. Check back next year.
Posted by Barbara Brackman at 6:00 AM

How thrilled am I to read this! I originally saw Mary's quilt in Shaw's "American Quilts" book and came across it again in a back issue of Traditional Quiltworks magazine from 1999. Now that I know the larger story that surrounds the piece, it makes me want to finally get to work replicating the quilt. I had purchased a few yards of a Marcus Bros.-RMQM-Judy Rothermel cheater print of HSTs years ago with the intention of doing so. I also learned about (Australian) Carolyn Konig's version "Finding the Way" pictured in Quiltmania's Issue 100. If anyone else is interested in making one, Carolyn offers a kit and pattern for the quilt on her website Carolyn Konig Designs (https://carolynkonigdesigns.com/home/shop/product/view/55/222). All of this may make a very interesting label for the back of the quilt if I ever get it done!

This was so interesting. Rebecca Lloyd Nicholson and her brother, MD Governor Edward Lloyd V are my 3rd cousins, 5x removed. I knew the Lloyds owned lots of slaves and they had many plantations. Frederick Douglas was born on one of the Lloyd Plantations and in his Autobiography, he said that the Lloyds were not kind owners. Mr. Douglas said they owned at least 1000 slaves and were probably some of the wealthiest people in the country at the time. I can imagine many slaves wanting to escape. Barbara, am I allowed to post any of this with a source citation to you? Thanks for your blog. I always learn something! Karen

Sure, Karen do post. Did you inherit any family quilts? I'd forgotten about that Frederick Douglass connection.

I didn't inherit any quilts quite that old or from that family line. My husband and I were quilt collectors and have about 300 vintage quilts. Most are not family and no provenance. Just liked them! Karen